So, my last post about what can be considered a self-inflicted metaphorical curse made me realise I need to take a moment to just sit down and try to well, learn more about my true nature. My philosophy is that I show compassion to all, I see humanity in everyone: from a murderer to even my enemies.

Yet, I still have yet to show compassion to myself. So, I’ll post more on this journal after I have meditated. See you in about 30-40 minutes

Before then I want to link this into the Elder Scrolls series as an example. In the Elder Scrolls to achieve Chim/Godhood, you learn that the universe is fake. That it is just a dream from the gods. Most people would disappear upon finding the truth but those who are arrogant and adamant, they stay, ascending to godhood. Like Talos and Vivec for instance. Vivec became a living god 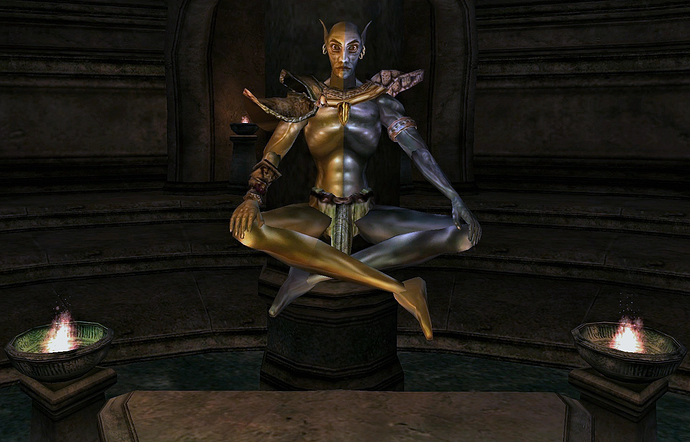 Best of luck, I just recently discovered myself and it was quite the journey for me. I still am unsure what to do with the information, but the headaches have been on and off since I discovered.

I learn something new about myself everyday

So I just came back from meeting my higher self. I asked four questions about what was happening in my life. I received some visions as well. The first was from the first question.
“you are being poisoned by the snake, biting at your leg” while I was clutching onto a tree branch
The second question’s vision
“you must slay the snake to be free of the poison” as I chopped the snakes head off
Third question’s answer
“You are blocked by your quest to find love”
Fourth and last question was “What can I do to break free of this block”
and the reply was “learn to love yourself as opposed to seeking love”

What I saw for my higher self was this 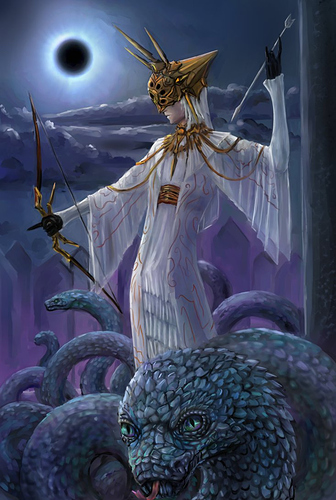 To be honest, I don’t know why I stopped meditating-I was stagnated from doing that

Well one thing I suspect about the snake is Jormungdr. I am being too worldly rather than spiritually and I must sever my worldly desires like that of trying to find love out there

My next meditation is one to push myself. I’m going to try and create a Tulpa which I have not done in over a year. I created one a year ago to push and challenge my beliefs. He’s meant to be my polar opposite. Never one without the other.

If I am compassion incarnate, then my tulpa must be cruel, harsh and severe. A balance between who I am and what I push to the shadows.(Thanks to Lilith for helping me recognise my shadowself during last semester).

The point of this is to help me find balance within myself. I leave off with one of my favourite Nine Inch Nails songs to describe what life was like for me prior to my journey to the occult. I shall update again in a bit

If i remember correctly Mara was the goddess of love in the elder scrolls. You could ask her to help you love yourself better.

So the process of creating this tulpa was very different than my previous one.
There was a library, I was sitting on a cushion and across from this crystal floor there was another cushion. A black formless thought hovered over it. I gave it human form and the outline of a human was born. Then, there was a black outline, stronger and stronger it grew over the top of the head. As it grew stronger black hair had appeared. Their form was now complete. Next stage was to hone their personality.

They are extroverted unlike me, motivated and never loses focus unlike me and in every which way are a complete opposite to me. As I spoke to the tulpa, it spoke back across the hall. We both grabbed a book from the bookshelf on our left side. I grabeed a red spined book and written on it was “Gullivers Travels” one of my favourite childhood book. My tulpa, grabbed a black book and that’s all I could see. Now I must talk and communicate with him everyday from now on. Not a forgotten project-they are alive and sentient, every curious about the world around me and them

They have gray skin like a dark elf however, they are a human not an elf

I now have two feelings around me and feel shaky and on edge wanting to explore around. Yet that’s not me but my Tulpa whom has not decided upon their name yet

So now of their free will, they choose to be named Jiub like from Elder Scrolls

I work closely with a Norse deity who is similar to Mara in many ways. I work with Freyja