Entity to help with chakras

So I am looking for entities that can develop my chakras. I have searched about it quite a bit but nothing of usefulness came up. Would appreciate your help.

Ah thanks man. I think I pissed Lilith off though. Can i work with someone else regarding the Base Chakra? Well I never really had any contact with her but I have expressed my disappointment towards Lilith regarding some incidents. So maybe she is pissed off. lol Fml

Try Samael or actually the deity or demon you feel that can help you at that chakra.

-Paimon -Phenex -Naberius -Any demon associated with Art or Rhetoric

If you pissed Her off then beg Her to forgive you. Convey your heartfelt apologies to Her with some offerings. If She sees that you are sincere then and only then She will forgive you. You cannot go on having a super powerful spirit like Goddess Lilith being pissed off at you. Do the right thing and sincerely apologize.

So I am looking for entities that can develop my chakras

Well, everybody seems to have immediately jumped to listing demons, but you could try using the Hindu gods that the chakra system (which is, in fact, of Hindu origin) is based around.

True but there isn’t a lot of info on hindu deities. I had rather just go to the demons. Its a lot easier that way. Thanks a lot for the help though

Actually, there is a lot of information on Hindu deities and their associated chakras. A simple Google search would bring up the Bija mantras, and their corresponding deities (for example, Ganesha is the god associated with the Muladhara and the mantra LAM). 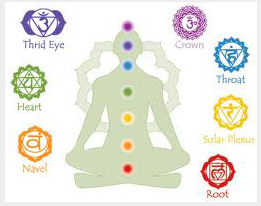 The word chakra is derived from Sanskrit, meaning “wheel”, or “circle of life”. They consist of seven main energy centers found in the body and is associated with a variety of colors, symbols and Hindu gods. In Hinduism, the continuous flow of energy...

Demons don’t actually have anything to do with the chakras, and have instead been shoehorned into a system where they don’t really belong. It’s typical New Age mumbo jumbo.

The truth is, you can get an energetic effect on the chakras with almost sort of vibration (like demonic enns, or Hebrew god names), but the actual Bija mantras, which invoke the Hindu gods, have been tried and tested over the course of a thousand years, and if you are serious about fully developing the chakra system, they are the way to go.

Anything else leads to only limited growth. Ultimately, though, it is up to you.

Have you ever worked with the Hindu gods for the purpose of developing your chakras? @DarkestKnight

Only Ganesha for the Muladhara. I never went any further than that, as I decided to skip the chakra system entirely and work through the Taoist system of meridians and dan tiens.

@DarkestKnight I thought you had to work on chakras and Taoist … to get the most effect… I alternate between them. Though lately both at same time.
@Rikki1511 I hope you are not in a hurry although I under that feeling as if you have to do it make it so as in yesterday… like an urgency to be ready for somthing but you dont know what… But it turns out that you are the best practitioner within yourself to achieve this more than the assistance of spirits. Because when you enter that deeper meditations things start to happen.
Best of luck every one

Paimon is a djinn, and if you read up, djinn are very powerful energy workers. He’s told me personally since I started working with him that I have a blocked throat chakra, and he and his subordinate demons can help. I have alexithymia, which means I have a problem expressing my emotions verbally, to the point where people think I’m some ungrateful bitch because I can’t say “thank you.” He’s worked on opening me up so where I can confess my worries better and express more gratitude. Just expect him to all of a sudden holler at you that your thoughts are too negative and for some reason that makes it dangerous for his djinn to work on your chakras, makes the energy unstable.

I thought you had to work on chakras and Taoist … to get the most effect… I alternate between them. Though lately both at same time.

No, you don’t. Using the chakra system is a relatively new thing, and has only been part of the Western Magical Tradition since the late 1800’s, thanks to Blavatsky and her Theosophy. They are just one of the easiest systems to use because information on them is available everywhere thanks to the “New Age” hippies of the 1960’s.

Both the chakra system, and the Taoist systems are complete on their own, and can both lead to what is commonly referred to as kundalini (in Taoism it is known as the Greater Kan and Li) if you fully devote yourself to working them.

Oh ok. Do you think he will work with me if I have a negative view on Islam? I don’t want King Paimon to fuck me up lol

Going with a magical theory stating that every thing and being is an entity, also, there is the option to try invoking Chakras themselves, using their yantras as sigils.

that I don’t know, I would err on the side of caution because Paimon thinks it’s funny to do things like send you to the psych ward