Hi, I am planning to get possesed by Lucifer, so I will write here my experience after. If you are willing to give me some advice, I will be happy and please don’t answer me, to search in previous topics.

Are you looking for advice, or just detailing your experience? If it’s the latter, this topic might be better in the Journal section rather than General.

I dont think so. I am looking for advice.

Okay, I will leave it in General.

Hi, I am planning to get possesed by Lucifer, so I will write here my experience after. If you are willing to give me some advice, I will be happy and please don’t answer me, to search in previous topics.

Are you serious? Invocation is not a posession. Posession is something what actually rather low entities do.

I did it and I hope its not autosugestion but I feel different. Now I see that strong winds have risen, it might have some connection with Emperor Lucifer,because he usually make his presence known to me this way. 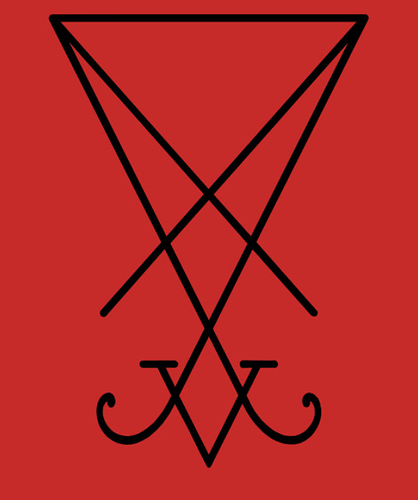 Start with his sigil and go from there.

I have started from there

. I dont know why are you suggesting this to me.

We’ll what type of advice are you looking for. You’re obviously not hearing what you want to hear from people who have already made suggestions. I looked back at your posts, your new to magick and looks like your just experimenting with everything, nothing wrong with that. It feels like your your looking for something, but what is it you need advice on?

And you you should be reading others posts on Lucifer, to not is just being lazy, and that is not a good foundation to build your magic on.

I have read many posts on Lucifer, but I didnt find what I was looking for.

Invocation is not a posession.

Not in the traditional sense of the word. Invocation is more of a partial possession, because you’re using your own body as the instrument for summoning them into the Physical Realm.

Posession is something what actually rather low entities do.

Even major spirits do full possession, depending on what it is they need accomplished.

I am planning to get possesed by Lucifer,

But is he willing to possess you?

I think what you mean is invocation, not possession. If this is true then there are lots of material about it here and elsewhere. Possession is a different story. You really don’t want that, but it’s up to you.

“Evocation is for pussies…” Interesting. Then why his channel and all his books are full of evocations ?

I was thinking about the same. Time will show me.

9:30 of your time will tell. I think it’s just a catchy title to make you watch LOL

Yeah it’s marketing tactic, used a lot online. It’s just not appropriate thing to say in my opinion, considering the fact that his main “product” is evocations. Not a wise move to trash it, even if he doesn’t mean it, when he’s trying to sell something new.

Imagine McDonald’s advertisement that says “Hamburgers are for pussies… try chicken wings instead” fans who are addicted to McDonald’s would still buy their burgers of course - and defend the ad - but I think KFC would pay to keep that ad running, if you know what I mean.

And I’m getting KFC see you in 30 minutes