Okay. I gotta know how this man does it. How the fuck is this guy doing this shit

There’s no way that these things are simply “illusions.” I agree that the first few could easily get passed off as some sort of illusion, but when you get down to the last few it’s just completely mind blowing.
In another video he went to some 3rd world looking village, grabbed a random bucket that was just lying around and made endless fish come spilling out of it.
I’m watching another video that is making the claim that he is using the “Jinn” but it’s not giving any solid evidence.

I don’t know guys i don’t know. This dynamo guy has got me so fucked in the head.

Someone give me answers other than “illusion”!!!

@AdamThoth our resident telekinetic may be able to help

Another thing is that everyone that has been witness is they basically say that the atmosphere changes.

A lot of modern celebrity magicians use computer effects as well as stooges, the rest is sleight of hand.

No no no no. You didn’t watch the video Then! He has entire city crowds gasping and awing. You can do some things with slight of hand and you can fool a couple. But not entire towns like this.

I did watch it, and there wasn’t “entire towns” magic is performed with large audiences all the time, A lot of the tricks were mechanical.

The ice freezing was computer generated and edited, the levitation was a helicopter and the rest was various magician tech that he designed like the candle trick.

here’s an example of what computer technology does for the magic community.

I recommend all practitioners of the occult sciences to learn if not master the art of sleight of hand and misdirection.

Ok ok what about this one!

But then why would the people be reacting like that?
For some reason it won’t let me watch the video you sent.

Those are paid actors, they’re supposed to react that way.

But what if they weren’t? IF
Is it just not possible to be that OP??

As much as I would love to believe, I have to question it. If he can produce a pile of fish in a village full of impoverished people, then why is there world hunger? And if it was legit, consider the following: he is posting this on Youtube. If there was a shred of truth to this then the guy would be snatched up and erased by the first intelligence agency that could find him, so they could dissect whatever is going on for their own.

They are, they most definitely are.

But don’t get me wrong I believe in telekenisis and levitation but it doesn’t look the way these sleight of hand magicians portray it.

Is it just not possible to be that OP??

Why not? Who knows what is possible in this crazy plane, lol. I would just imagine that someone who could axtually do it would not be broadcasting it to the entire world for entertainment. I mean, just look at what happened to the last guy who produced a ton of fish out of nowhere: 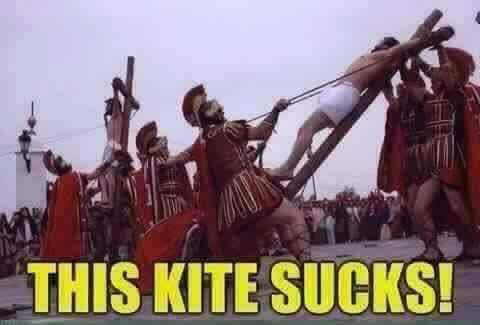 Nothing wrong with that, because we are not objectively correct. Even if he is not the real deal it does not mean it cannot happen at all.

Wtf why would they take it down?