Do you think lucifer has anything to do with this series? 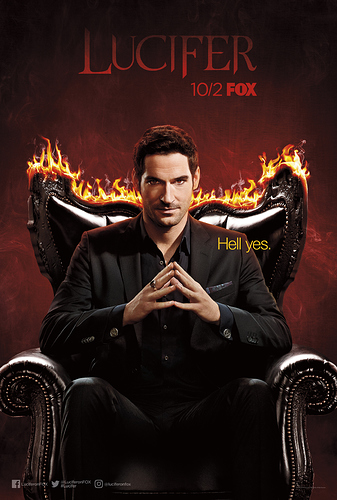 So i just got an idea to watch this series since it has great ratings worldwide, i got to know that recently this show got cancelled but i hope a network would pick it up to continue
My question is do you guys think this has something to do with the lucifer(real entity)? (A message to everyone) I mean everyone seems to like lucifer after this show

(Btw when this question popped up in my head i was searching in google for a good photo to ask this question in this forum, and this photo popped up saying “hell yes” so i guess my question is already answered, anyways what do you guys think?

Highly doubt lucifer has anything to do with it. It’s just for entertainment made by our fellow man.

The series is based on a comic book that has been around much longer, and it is far from unusual for people to take obscure source material and reinvent them in a different medium. I doubt Lucifer had anything to do with it but, like religious people everywhere, that won’t stop those that worship him from claiming so.

I guess, didnt start to watch it yet

Ah i see
Im still on episode one, this question just came into my mind

Thanks for the answer

Naw, it’s just a cool story. I saw the first two seasons and enjoyed it. Nothing wrong with entertainment.

You know, humans don’t need to give away all the credit for being creative to entities - they’re pretty good at creating art for themselves.

Yeah i feel what yall saying but someone could of did it for there like tribute to him like making pictures or drawing, they have many things out there.

Eh, then my feeling is it’s a kinda shitty ‘tribute’, if you follow the story.
It’s got a massive amount of xtian guilt and myth in it, and none of what black magicians report as the face of Lucifer.

First, Dream of the Endless gets trapped by a warlock contemporary of Crowley. His imprisonment lasts about 70 years. Then, he escapes and has to recover three artifacts that got lost. One of them is in Hell, that’s the first time the source material shows us Lucifer.

After recovering his helm, Dream says something clever and pisses off good ol’ Lu. In revenge, when he abandons Hell, he gaves the key to Dream, saying it won’t make his life any easier. He was right.

After that, he got a mini-series and then an ongoing series. That’s the source material, at this point written by two different men for the same label (Vertigo).

Eventually this shows gets made. I only saw the pilot and didn’t look like the graphic novels, so I didn’t bother watching more.

The source material is good, tho. At least in my opinion. The writing has way higher quality (benefits of being written by Neil Gaiman, I guess) and, while the art’s quality may shift here and there before the Lucifer series came to be, is at least enjoyable as an integrated narration.