King Paimon may be of help. 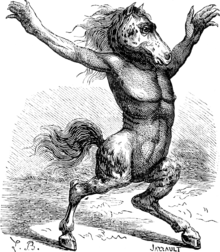 Agares is a great help. Agares and King Paimon work wonders together.

Why not just Machiavelli? Call upon him.

Why not just Machiavelli? Call upon him.

i love this idea!

Dantalion is considered to be teacher of all arts. You could try him.
Glasya-Labolas is also known to know all sciences.

People don't always remember every word you say to them but they will always remember how you made them feel, and one short-cut to charisma is to give the person you're talking to 100% of your attention while you speak to them. That may sound the reverse, like you should be cold and aloof and put them in their place, but in fact if that person's basking in your attention, they temporarily feel like the most important person round and they WILL remember you gave them that feeling, associate i…

At your age, tone it down on the smiling, act very serious, people like that - they associate happy youngsters with irresponsible attitudes. Also, don’t try to impress people with high-status clothes or accessories, again they’ll think it’s tacky or even that you stole them, or are irresponsible in some other way.

And NEVER show someone you’re cleverer than them, most people in most mundane lines of work are looking for a younger person who’s like them but just that bit less competant, which is why management of big organisations always decays, no-one wants to be surpassed by the kid they hired.

Guide to coming across as cool:

So years ago I made an analysis of why some people - I actually chose David Bowie, and secondly, Christopher Walken - are just always so damned cool on camera. Being me, I kind of clairvoyantly scried for an image that would be replicable, some kind of visual cue to generate that same air of instant cool, and also exactly what the basis was for their charisma and magnetic presence. I came up with two seperate things - and I'm sharing them here because more & more mages are recording rituals …

Hope some of this helps!

Thank you Last EVA. In My work (actor) there is alot of competition. I use your advice!