who has no limits or moral ethics when teaching incredibly dark magick?

im thinking Lord Satan or Baphomet for this type of evocation. any other ones that don’t hold back? 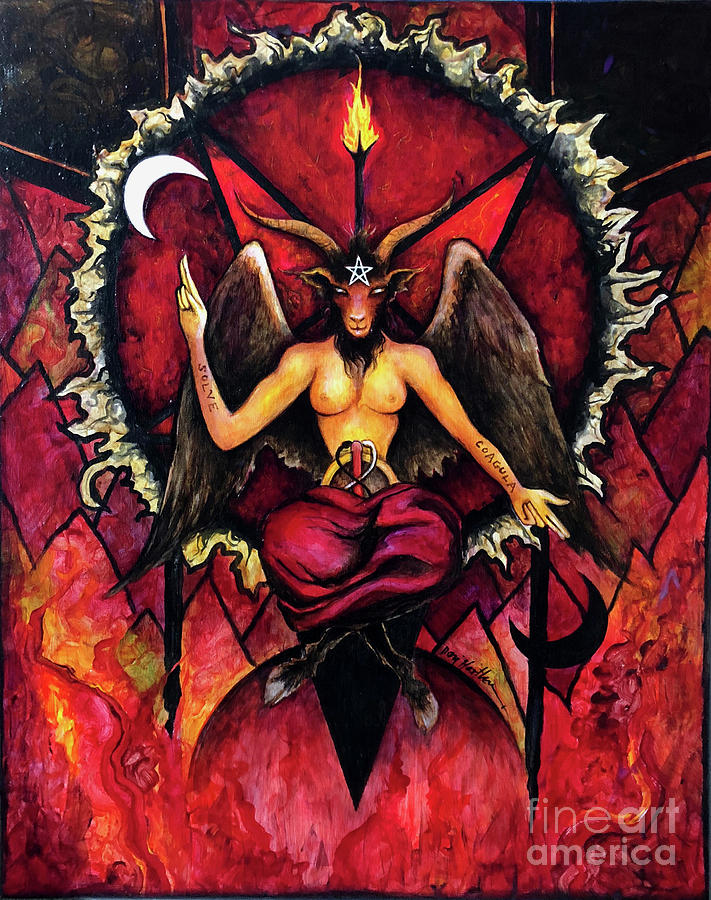 Man is the one who put limits in learning but the spirits have none…!!

dra’talon is the one that u look for
aslo andras
glasya labolas
and the moon aspect of satan.noctulius can help on this kinda of work

if i was gonna choose the darkest and evilest,i would choose dra’talon
from what his despriction says about him.he will fuck them hardly and in every way possible… 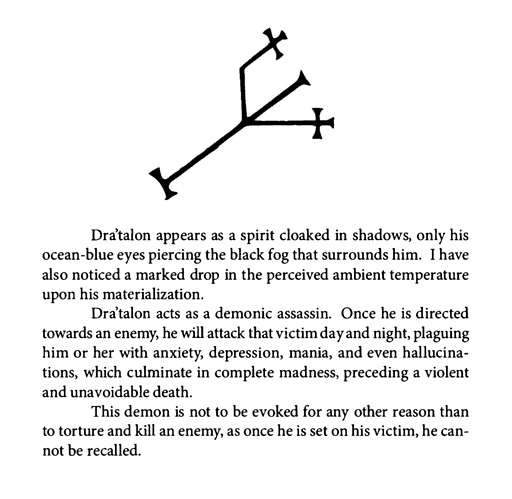 Have you worked with Dra’talon yourself and what kind of offering would he be willing to accept ?

Sanatas has what you seek

The only offering Dra’talon accepts is the victim your sending him after, as it says above it’s not even safe to summon him unless it’s to torture and kill an enemy, once called he won’t leave without a target and if not given one then he’ll pick one himself, either the summoner or someone close to them.

From my own experience dealing with him of course.

Andras is ridiculously brutal. I don’t know if it’s on purpose or if it’s jusy his energy but he brings chaos you need to prepare for.

Just chiming in to second Dra’talon. If he’s not super interested, he still sends a delegate.

Teaching-wise, I asked Dra’talon to teach me, and I got assigned a teacher, someone who looks like him (I thought it was him at first) and with the authority and skills to act on his behalf. Kind of a senior apprentice who takes care of the newbie apprentices like me, was the feeling. I wondered why my first discussions with “him” were so chatty, for want of a better word

They have appeared together since.

I’ve been able to shadow my teacher, who said he was called Asher, to watch how he performs the work, ask questions and join in, making it an interesting combination of cursing, energy assault and evocation. The logistics of defining the request can affect it’s success, if you have no direct link or name, I found geographical location and demographic info can be enough (this address, a male over 30, for eg). His favourite method involved imps which might have been his servitors, as they had quite specific instructions, causing sickness, anxiety, paranoia and other mental issues, attacking the vial organs particularly the kidneys and liver etc. I understood the qigong-like parts, I’m working on the rest.
I don’t know if Dra’talon would let me shadow him directly, I’ll probably ask though.

Glasya Labolas would be someone to take note of here

Thank you Charles9 for answering.
One more question, how fast He is ?

Not very, he puts more emphasis on the torture then the killing, so 6 months, a year or 5…

Rippens em up for the harvest?

I wasn’t expecting to hear this. So, it’s gonna be one more, ever had experience with someone quicker ?

You manage to fascinate me with each passing day

Yes, Belial, Asmodeus, Glasya Labolas and Nemesis. Although one can’t really control the where, when and how, these entities have in the past delivered death at bit more swiftly then Dra’talon generally does.

I prefer satanic demons with a connection with Lucifer so Belial it is.

who has no limits or moral ethics when teaching incredibly dark magick?

Your own personal unlimited connection to the infinite/the all, ect. It is simultaneously your personal celestial and infernal nature to why not ask it

wrote down a spell for glasya labolas in my grimoire thanks