(Controversial) What Are Your Thoughts On God

What Are Your Thoughts On God.

Now I know it’s a touchy subject for some people now I am not talking about Yahweh, Allah etc.
I’m talking about a almighty creator, the actual god that created everything there is.

I think this would be a interesting topic, please everyone respect everyone’s opinion, there is no right or wrong. No derailing the thread and stick to the topic, thank you.

I don’t believe there is an almighty God/creator of everything. I believe there’s many nonsentient sources of energy that became the foundation of creation in different sources of creation(s) however, due to my own experiences I’ve come to not believe in a singular creator source nor that it is sentient. I simply believe that the Primordial Gods and beings akin to them in their respective creations created things.

Needless to say this belief is brought on by the experiencing of “meeting” source and other sources like it.

Personally I don’t have one set belief on this. It’s ever changing and can vary from one hour to the next. Sometimes I take the Timothy Leary approach in that we are all aspects of a collective universe experiencing itself simultaneously.

Other times I take a more Gnostic approach in that if there is a supreme force at work it’s beyond our comprehension and we are beyond its own, and so it’s formed countless emenations to act in its behalf as intermediaries, and therefore some inevitably become Demiurgical forces as well.

And sometimes I think none is this is correct and we are all just floundering about doing the best we can with this chaotic cluster fuck of physical, mental, and metaphysical atomic goop we call “existence”.

I don’t really care if there is an almighty being or not. I’m just living my life, I don’t need to involve an almighty creator in it, like some religions do, I just go about my business.

God as a concept is a lot like ether. Ether was a serious part of natural philosophy, and it was never disproved. No scientist ever talks about ether because it doesn’t actually make any difference. There is no part of physics that requires the use of ether as a variable.

God explains everything and nothing at the same time. Positing God as a reason for an observed event is totally useless. If the event had not taken place, God would be an equal explaination.

Not much to work with in my opinion.

Okay, so I’ll throw my 2 cents in. Allah and Yahweh are just faces of that light source. It has many different names. It’s like the primordial hive mind that everything came from. The reason people say god is always watching is because we’re all connected to that hive mind. Some people make a stronger connection than others. Some break the connection and become something different (; Y’all already know. Just as Lucifer has explained the lake of fire is the source of the Infernal. Thats why they fight from time to time, but they’re never truly destroyed. Many of these deities are just masks, created and reborn through these sources, not to mention many other sources from different pantheons. It’s one giant fucked up family essentially. So far I’ve been paying respect to all of them from multiple religions. Helping people from all different religions become closer to the beings they’ve been taught about. It pays off alot. Many of you have left essential keys and exercises to build connections to these beings, which has been amazing and so helpful. It’s so wonderful we have this platform to discuss our experiences. Back to the topic, my current understanding is that God is doing its own thing, left the prophets in charge of the Light paradise. God did it’s job.

I believe in God as in the Universe and its spirit.

There is nothing, as far as we know it, beyond the universe.

It does not matter what name you give the universe, because it will never change, and it will always be neutral.

The universe we can observe is the body of God, while the realm of dreams (astral) would be its spirit, and the idea of the akashic records would be its mind.

I’m still an atheist. If I can communicate and commune and chit chat with any spirit, demon or ghost… I’ll still be an atheist for the simple reason that my own perception doesn’t constitute evidence. Even if I can manage to prove this spirits do exist… that doesn’t prove that A) There is anything like a “god” B) the universe has any purpose at all.

Lorkhan was supposed to collect the rest of the gods for Sithis. He was like fuck that and went to create the mortal plane. A true act of rebellion.

Then there is Prometheus. I feel like he created mankind as a true act of rebellion. 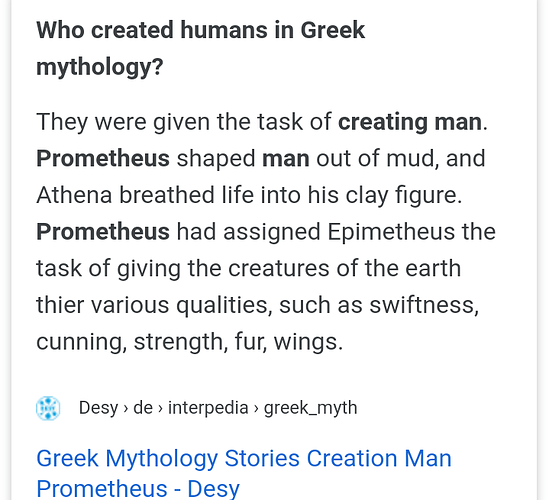 I think creation itself was/is an act of rebellion to keep us from being made whole (holy). I think Satan is a title given to those make it at the end of a grand cycle until there is only one left still fighting from disappearing into that final Void we called g–.

Its so fucked that billions worship a false god and turn the real one into the enemy of mankind. The torch means life itself and knowledge how to live a great life.

God as in Creator of the enigma we call our lives, and by extension the universe?

Yeah this one is simple. (hehe)

So here’s mine: God is lesser than the Universe and God is LIFE.

God is therefore a collective, considered the Akashic field not of the Earth, but of all life.

When people pray, they pray to the “holy spirit” or whatever. It’s the subconscious wishing well.
You were born of life (mom’s vag) , so … drumroll , life is your god.

When the Astral realms react to you and manifest changes in physical reality, that can therefore be an act of God.

Not touchy for me. I was a Christian Priest Theologian for 35 + years. Took me a lot and along time to get where I am now. So my first question in reply is.: "Which “God” ?
FDM

Sorry, I really didn’t get if you were joking about Lorkhan (what a meta dude, achieving CHIM and all of that) or not.

I’ll also add that I’ve met it, but in a dream. In the dream it was my friends and I driving. We had gotten into an accident an woken up in what seemed like a dentist office. It looked like Jeff bridges lol, but explained what it was and why it chose that form. I broke down, apologized for everything I’ve done wrong. It put its hand on my shoulder and I can’t begin to express the amount of power I felt. It unlocked my precognisance and explained a few things. What experience really means and purpose. So the whole point of our existence is experience. It’s the only thing you take with you when these flesh vessels die. Purpose is what you make it. You find what your good at and do it. Besides that just always try to do the right thing, help more than hurt. Never had another experience like that until I started praticing legitimate magick.

What do you say about the other pantheon beings who were also claimed to have created humanity prior to greek mythology?

We are from the Monad which is source. We have been imprisoned here by lesser beings called Archons for no other reason than they eat our energy. When you die you get cycled back(reincarnated). That’s why some people remember past lives, some people beleive they are born the wrong gender because they were a different gender in their past life etc. Tragedy in the world is needless and its sole purpose is to keep you scared and beaten down so they can eat your light. The purpose of magick is to attain gnosis to escape this (historically).

How many times and how many different myths say mankind was created and destroyed? I get the feeling man was not very well liked by the other beings.

This is my own private believe. If I want to believe Lucifer and his family was the only real pantheon that actually helped and even incarnate to being humans themselves to help save and evolve the species that’s okay.

Being human is a chance to evolve your own energies. A chance to learn and to grow into something more.

Sorry forgot where I was going with that, we are god, imprisoned.

I never said it wasn’t okay, I asked a question and you answered the best you could that’s alright with me.

In my book, God with a capital ‘G’ is the god of Greek theology. The Omni-god creates philosophical problems that are answered by the gods with lower-case ‘g’. Jesus and Athena fit into the lower ‘g’ catagory.

When faced with the infinite, the gods offer grand and eternal “closed sets”.

Goldilocks Gods - there it is. That’s the concept I’m after. The Envelope of Astral Sanity, or something. I’ll think it over. 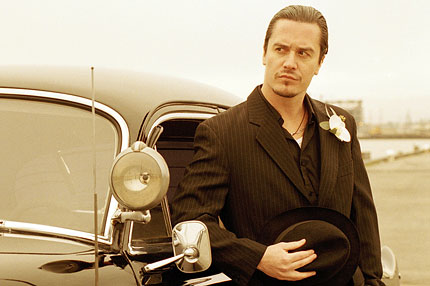