Concept of True Names and their power

In popular media there is concept of knowing the True Name of specifically a demon which holds immense power over it. The True Name IS the demon, it holds the demon’s essence. I understand names have power and have heard of this concept loosely in some egyptian mythos. What does the forum think about this?

Not just demons,
All egregores!!!

In hinduism,
OM is the sound of the universe,
In the Bible,
In the beginning,
God SAID ‘let there be light’ and light was!!!

See,
Do you think without words in your head? Some do.

But when there was nothing,
God, thought, which was a sound(so he said, in his head), sounds vibrate, vibrations are energy, energy emits light (which one may not perceive). That light(dense energy) is matter!

If you touch something, know that too is vibrating and also emitting light, making a sound, but we just don’t see/hear it.

In the moment, when god thought of light,
In that moment, light was!
In that instant, universe was created!
Thought(Dream)>Sound>Vibration>Energy>Light>Matter> Matrix.

No, I am not saying god of the bible created the universe, he is too dumb for that!

But this is the explanation/Credit he gave himself!!

But the real question here is,
why does knowing it’s name give YOU power over it?
And it’s not the other way around?

Because before the universe, when there wes nothing, we were! We were 1(one Consciousness).
This reality is OUR dream! They are dream characters, they have no independent existence!

You see,
Everything seems opposite!

Why are leaves green?
Are they?
Or they just appear green?
Leaves absorb all light and just reflect green!
So in reality, leaves are all BUT green color!!

God seems good!
Is all BUT good!

Gods seems like gods,
But are all but gods.

There are spirits though,
Who are not egregores,
Who can rightfully call themselves gods!

just like when you watch TV,
After some time, the TV screen is all that you SEE!
But you are in a trance! You are mesmerized!

So you are hooked into the TV screen!
You enjoy it like it is real!

Same way,
You are right now mesmerized!
You see, hear, touch, so you believe this all to be true!

But this reality is an illusion!

In the BMoA, you vibrate the names of angels and a false god backwards to unmake them from existence. There are devices we use called the dark staot, which are vibrations you speak into the world. The very act of speaking these words changes the universe on a fundamental level.

you vibrate the names of angels and a false god backwards to unmake them from existence.

I knew they did that,
But didn’t know why,
Awesome!

One thing I forgot to add is this concept goes both ways. If something knows your souls name and wishes for absolute control or to unmake you, they can have it just as easily as speaking.

, you vibrate the names of angels and a false god backwards to unmake them from existence

I knew it through intuition… Have it written in a rambling journal from a year or so ago. But it is an exercise performed every day by the Zanda.

Who are the Zanda? I apologize for my ignorance

The apostle of Ahriman. It is the name of those who follow the path of smoke

If something knows your souls name and wishes for absolute control or to unmake you, they can have it just as easily as speaking

Does this mean our Mortal Death?

U think it means wiping you out of existince

This is scary dude… is there anything one can do to prevent such a thing from happening?

But the real question here is,

why does knowing it’s name give YOU power over it?

And it’s not the other way around?

I’d like to add,
From my own experience I know it to be true!
It can’t be the other way around!

And it’s not just me,
E.A koetting himself has talked about this,
While explaining in one of his seminars (evocation of the 9 demonic kings, I think, don’t remember)
He says to the people,

These are his exact words,
This I remember correctly!!

IN FACT,
I learnt that there were spirits who weren’t egregores from EA’s videos.

And in another seminar, (Evocation video)
EA talks about his Evocation of a being who wasn’t an egregore.

EA explains, this spirit didn’t change his shape, and spoke in his own language, he was like “this is me, the fuck are you gonna do about it”.

EA goes on to explain he existed independent of EA. So he was like, to quote EA in his own words " LIKE A BRICK WALL"

Here’s something from popular media,
If you believe in the whole “Truth in the TV” thing.

In the world of fantasy, it is a largely accepted fact that the power of any given deity is proportional to the amount of belief in them or the amount of worship they are currently receiving. The deity could have been originally conceived and …

Though this site also has his propoganda, it defends abrahamic religions here and there,

But it gives example from real life and mythology as well.

From the epic of gilgamesh (Mythology) 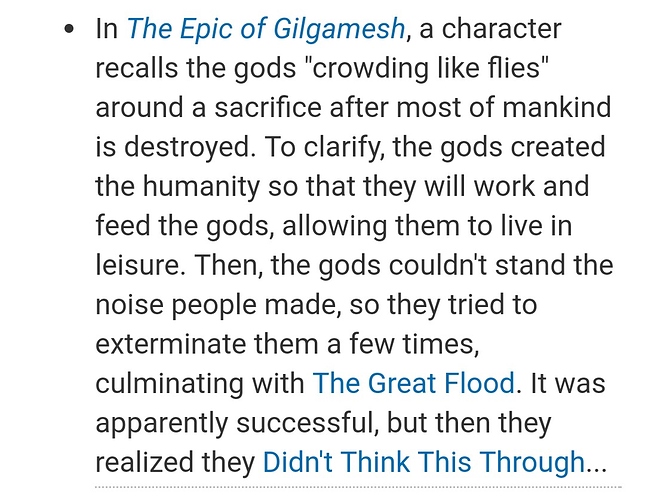 In the movie ‘wrath of the titians’

Hades to zeus : When your precious humans die, at least their souls go to another place. When a god dies, it isn’t death—it’s just absence. It’s nothing. It’s Oblivion .

Does anyone know the videos of EA I am talking about?
Can anyone posts the links of them and the time where he says that @Lady_Eva??

I’ll try and find but his seminars are hours long.

Egregores don’t like humans to learn this.
Many magicians don’t get it. Or just don’t want to.

They can’t erase you from existence,
You are soul! Pure infinite consciousness,
The soul doesn’t even have a name.

CONSCIOUSNESS IS ALL THAT TRULY EXISTS!

how can it be killed? Unmade?

Yes, the ego can be killed, but there is a way to even stop that!!

Mastering your ego,
Like the snake on SHIVA’s neck.

I’ve given you guys the hint here. 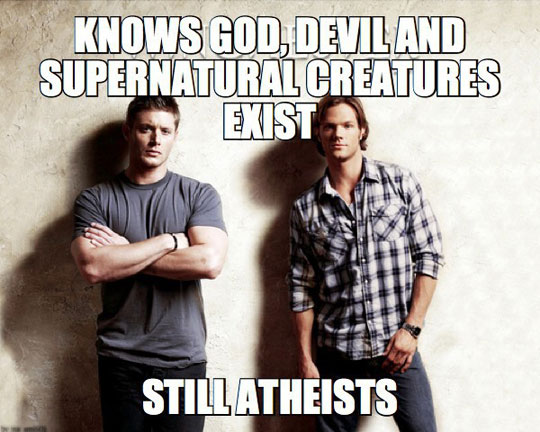 The best way I can put it is the name holds identity. Try telling someone who you are without useing names. Or try telling them what something is.

You will find it very difficult. Something or someone’s name literally holds their/its identity.

I might have over simplified it, but I believe that’s the jist of it.

Of course, you just don’t tell others your soul’s name. Our birth names are not our true names.

And I’m unsure, but like I said true names can be used to remove things from existence, ask it probably means death of every order.

I remember I posted something on a thread.

About the nature of the soul, how it is unborn, eternal, it has no beginning or end, is never born, can’t die.
And I remember I said,

(Maybe my post was deleted or that thread was deleted, I can’t find my post. ? WTF?!?
@Lady_Eva, is there a way for you to find out? Thanks)

All that exists is pure infinite consciousness, that is the soul.
It can’t be killed, even new agers know this

The Soul never comes into existence, so it can’t be removed from existence.

Like you get hooked into TV,
You are hooked here,
You do not exist here.

Illusions of the self (ego) can be destroyed, the self cannot.

Of course, you just don’t tell others your soul’s name. Our birth names are not our true names.

@KingOfHearts616 Anyone who’s read Rites in the Thirteen Tongues should be able to find out your True Name with utter ease (and a profuse amount of blood). Simply not saying it is not protection at all. Remember when I divined the True Name of several people on this Forum (with permission of course)?

I do not. Oh goodness. But this does take a certain level of want to find this out.

What I said is the normal way to protect…

@KingOfHearts616 As was explained in that book though True Names change and fade. I have no permanent control unless I were to repeat the divination rite or use the small window of time to create a permanent binding.