Care To Play The Marijuana Legalization Game? Your Opportunity To Use Magick For Social Change En Mass

So you are obviously on this forum because you love magick…

Most people are using magick for personal gain…

The quicker marijuana is legalized global…

Reminder we have a rule introduced in September by the forum owners against political activist-style magickal topics & working groups, these have been prohibited since then - the OP itself is not directly about party politics or identity politics, but replies may lean that way, so I request people take this to PM - cheers!

★ As of 5th September 2018, the only subject – whether for debate or for magickal working groups, or sharing work done – that is prohibited is politics: specifically, topics whose title and/or main premise is party politics, direct and overt promotion of any form of identity politics, and comments about mass migration of persons of any group across national borders, be it for, against, or other. This applies across all viewpoints, “left” and “right,” pro-authoritarian or pro-libertarian and a…

I can keep it off politics for this one and stay focused on the liberation of human consciousness and autonomy and sovereignty of the Self.

Now as magickians, if we are to have the freedom to manifest our will, how can we do that if others have any say in what you can or cannot put into your body? No matter what the nature of the control system in question, this is a technique used throughout the ages to aid in the mind-fucking of the masses.

Cults have been known to use specialized diets, religions tell you what can and cannot eat on a regular basis (name any one you like; I’m sure there is some dietary restriction or stipulation), and governments and cartels effect their respective populaces by control over drugs. What do all of these examples have in common? They are all control systems that most definitely do not have your individual expression and freedom as their first priority, lol.

The more regulations placed upon you, the less free you are, with the exception of self-regulation via intent. So how does the OP’s cause relate to magick? By promoting the global deregulation of marijuana you would be pushing the pendulum in the direction of liberation and away from tyranny, at least theoretically. And I can give a damn good reason why this sort of thing should concern us in a magickal context.

Since I cannot delve into politics (as per forum rules) to emphasize my point, let us examine history. Every time you find a mass purging of magickal practitioners in human history it always happens during a time and in a place where an individual’s personal freedoms are the most limited by external forces. Puritan New England, the Inguisition in Europe, Reformation-era Britain, Bolshevik expansion, the purges in the Northern nations during the expansion of the HRE, and of the Druids before, etc. Without delving into the current events of the time, let’s just suffice to say that these were not good times for magickians, and they were also periods when most people could not take a dump without permission.

The only ones who could get away with it were aristocrats and elites that had the influence and resources to keep their practicing of magick secret and off the radar. Well I can not really say that I think we should be too quick to sink back to points in our collective existence where only those few in authority have access to magick while the masses get pinned by it. Also, getting burned at the stake, hung or drowned all sound like really shitty ways to die. I heard there is one country in modern times where the standard practice for dealing with ‘sorcerers’ involves pinning the arms to sides with a used tire, then dousing the tire in gas and lighting it on fire

From a magickal perspective, it is truly a matter of long term Self preservation to encourage less restrictions. Things can always get worse. Just because many of us have the luxury of being in a place where we can practice with impunity does not mean it will always stay that way, as history has proven time and time again.

So yeah. Do your part to help the cause of magickal freedom by deregulating weed, man! 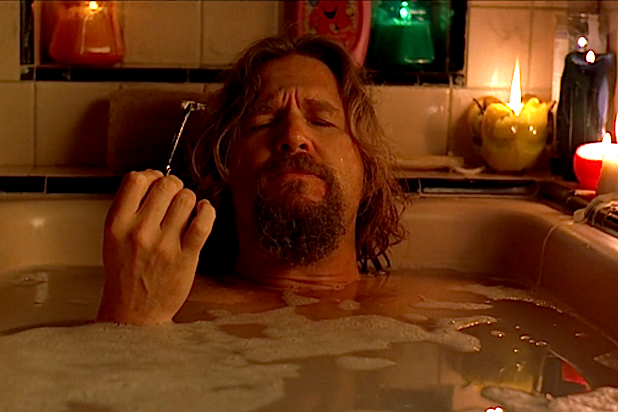