It depends on the system one works within.

In the traditional Goetia, Bune is referred to as male, most likely due to the Christian influence, which designates all demons and angels as male, so if one is operating within that system, that is the manifestation one will get.

However, spirits don’t really have genders, so some magicians have had Bune manifest in female form as well.

The same goes for other spirits, like the Archangel Gabriel, who has also appeared in female form to various magicians.

In fact, there is a magician by the name of Faustus Crow, who has designed a system for working with the female forms of all 72 spirits of the Goetia.

Oohh thats so amazing. Thank you so much for taking time to answer this. I really appreciate it

Hello,
I would like to address Bune for specific financial issue as well. But does anyone know why there is another sigil online pointing to be the sigil of Bune? 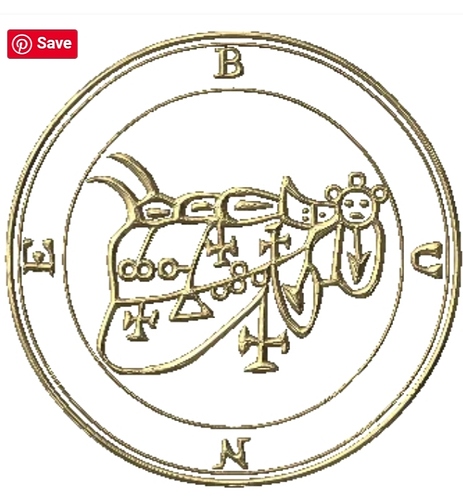 Bune has two sigils. Either one will do. She will respond either way.

Is she male or female? I don’t know. As I have mentioned before, Bune has appeared to me as a nude, sexy, insanely gorgeous woman in her mid-twenties, an older, still very attractive woman, and recently looking like Counselor Deanna Troi from Star Trek TNG. (Maybe it’s the whole Middle-Eastern, Mediterranean thing.)

Bune looks similar to and very beautiful compared to the women listed above.

Hello, I just joined the forum here so i am new here. I have been reading threads here about different thing and i have been drawn to Bune.Recently i have been praying to Lord Bune to help me to help me in financial situation. I did not do any offering but just praying. I do trade Forex and asked Bune to help me to identify potential trades. Lord Bune has not manifested yet to me but today night i had a dream about being woke up around 3:20 am. I woke up staring my Pc which i used for trading for few seconds and slept again until morning as i was too much sleepy. Then after waking up in the morning i asked myself the meaning of that dream then a voice came in my head look at your PC again and I look at my charts again and I realized that there was a very potential trade 10 minutes later from the moment i was waken up but too bad i didnt take it coz i didnt realize that it was wake up call to prepare myself to get a good entry. Though I am grateful to Lord Bune and I hope Bune will show me more channels to make money for my financial breakthrough.

Welcome @Dystonia77. Please post an introduction in the NEW MAGICIAN AND INTRODUCTIONS area, and tell us about yourself and any experience in magick you have. It is a rule of this forum.

Yes, I have worked with Bune using the sygil. She has helped me financially.

@MagickMan2018 how can I contact you? I don’t see an option to PM you. I have some questions about working with Bune.

Hello pls answer this question for me
I want to do a bune invocation whereby I give offerings and make my request And it’s Monday… According to my research, he belongs to Venus which is Friday…
Should I go ahead with it or should I wait till Friday?

I have written a petition spell to Bune to grant me a certain amount of money within a specific time frame.
Is this something she does?

can I perform a sigil rituals too?

I have been listening to her chants. Is it advisable to do so ?

Do you have a strong connection with bune

I do meditate with her sigils that I do

Do you have a deep connection with her

This is from a posting above: 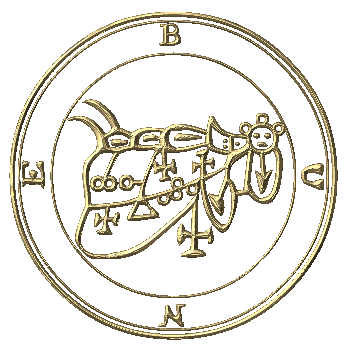 yes. bune has 2 sigils. this is one of them. I prefer the other one. https://www.tarrdaniel.com/documents/Hermetika/goetia_demon.html#Bune
Use the one that you like best or that is drawn to you.