Archangel Michael "angry" at me

I heard a message from Archangel Michael disappointed at me and has bad feelings against me one time and he told me that Mama Mary was crying because I chose Lucifer and the LHP and I used to be a devout Catholic. What should I do about it? Should I feel guilty or not?

No. Don’t you dare feel guilty about working with Lucifer. I’m not sure who sent you that message that they were disappointed in you but I doubt it was Michael.
I work both LHP and RHP and not once has Michael ever told me he was dissapointed in me and my choice to work with Lucifer. In my own personal experience they both work very well together. I worked with both of them last night.

Fraud . Michael and Lucifer work well together and are even bigger than our human brains and history can wrap our heads around. Michael wouldn’t be disappointed in anyone working with Lucifer I know for fact.

My previous interactions with Michael lead me to believe this was a pretender. He never had any particular problem with me practicing fairly dark magick but on the other hand I was never really a christian either. Definitely don’t feel guilty

There’s this huge misconception that you can’t work with angels and demons. Angels job is to come when called, they aren’t partial they just DO the task. Michael does not give a fuck. You call him when you need him and he does the job. They may not assist with baneful work but they have no care weather you work with demons or not.

no offense but i laughed at your post, first you are free to decide, to my experience this could be satan he likes to impersonate catholic angels also he likes to have fun on people ignorance, he impersonated several angels to me but i never got fear or believe him,
one day he even told me that he was Jesus LOL

If you dig through the forum, there are several recent posts where someone had dealings with an entity most of us felt was an imposter or trickster spirit pretending to be Michael. Watch out if it shows back up, because the angels largely do not even recognize the virgin Mary as even being real. Very few angels are actually from the Catholic current originally. Michael is not one of them.

Thanks for enlightening me. I have to be careful with imposter spirits. Don’t worry I don’t feel offended.

At some point I want to agree that it was a trickster spirit because there was a great lack of energy signature as he said he was Michael. I have to be more careful.

Whether that spirit is a “trickster” or not, doesn’t matter. What does matter is your own beliefs of the Catholic teachings and the dogma they have, unconventionally, put on the shoulders of Lucifer. Of course Michael act out on that and put warnings and retributions upon you. He, basically, lives up to your expectations of him, rather than letting letting him accept the fact that you work with Lucifer.

If you let go of the dogma, Michael will stop acting out with it. It’s easy to put out the “trickster card”, and harder to accept that spirits often likes to play that game from time to time.

Thanks. I’ve already let go of the dogma because it sucks.

By asking your original question you’re admitting your subconscious has not let go yet.
It’s omay, it’s a hard thing to shake off and that’s by design.

Just keep working with who you’re drawn too and save your faith for yourself.

Hey @blezheng, join the club. I’m Catholic but was tired of dogma. So I mentioned the same thing as you this week in a Lucid dream. There was an entity posing as Lucifer (trying to scare). So the solution is to use your power and Lucifers or Michaels power to scare the shit out of them. Focus on Michael or Lucifers seal when you have this problem. Call him to you. You will get a shit load of energy and the low level entity or egregore will leave you alone.

When I could I’ll try to evoke him to have a heart to heart conversation with him. 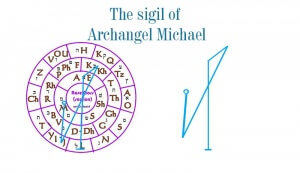 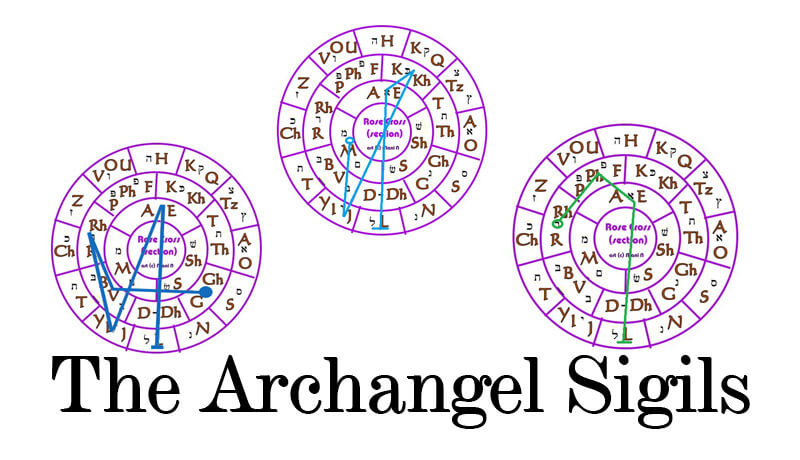 The Archangel Sigils - The Sigils Of Michael, Gabriel And Raphael

The Archangel Sigils are powerful symbols that hold the energy of the archangel they symbolize. These sigils are used in rituals, invocation, meditation.

“Your path is none of my business, like in your vocabulary, I don’t give a sheet about it. Who am I to intervene with that? It is against my code of conduct to intervene with such affairs.I even protect Satanists and LHP people when they invoke/evoke me. You can call upon me to break hexes and curses, especially baneful magick attacks. I can even give you protection against it as well. I am just following the orders of God. You don’t need to worry because I’m not angry against you. Who am I to feel angry about your choice? The spirit who told you I’m angry against you is absolutely not me. I can’t intervene with your free will.” Archangel Michael to me upon evoking him.

He’s not mad at ya

No, quite frankly Michael doesn’t give a fuck about what we do, he isn’t Pro human or anti-human, He’s simply a high celestial being we can call when we acquire his assistance, the Celestials, or “Angels”, as some would call do not belong to any religion period.