Mud/clay shrines are pretty fun to make but you have to usually re-mud them here and there which means I have to fondle the breasts to smooth out anything. This last mudding I adorned with sea shells and rocks. A re-mud now would be difficult.

I don’t know much about yakshinis, I don’t know any authoritative text or anyone with personal experience of working with them. There is a site prophet666dotcom, which has a lot of posts on invoking such mystical entities. But the methods are laborious and don’t guarantee any result. It is advised to work under a guru who has mastered working with yakshinis or similar entities because they are not easy to fool around with, and without sounding condescending I think these beings are more potent and can do more damage than Goetic demons. That is why probably there is no literature on how to work with these entities.

, unlimited wealth, power to be a king etc.,

Eh… that’s just carnal desires. There has to be something more enticing than that for a reason to work with them. Maybe freeing ones that are imprisoned or bound to subservience etc. rather something I believe to be done to fay, leprechauns, djinn, etc. I’m not a fan of imprisoned against their will beings for others to gain. So freedom fighter to liberate the oppressed

Not a hindhu but I know Hella stuff about the culture, demons and gods of hindus… You can pm me questions any time I’m bored lol…

More enticing are wealth and the worldly power, what else most humans would want?

But I came across a post where a pundit controlled a yakshini (nymph) and when the pundit took ill, the yakshini escaped and gave him rectal cancer and played scat fetish with him on his dead body.

Can U refer me to the post/source?

Most do want that and immortality or legacy. It just seems pretty bleh and meh imho.

I am Indian and I am into it

It is sad that the knowledge of calling yakshin

“carnal desires”… and that sums up modern India in a nutshell. These “pandits” and “brahmins” are scammers who harass tourists for money. You go to a “holy area” or temple for example. A panda or brahmin will start harassing you very strongly for donations.

Something tells me such low-minded people aren’t using the donations for service to the poor or the gods or whatever.

So that yakshini who ass-fucked that bogus panda with rectal cancer, well good for her.

In all seriousness: If you’re a woman, don’t travel to India, or at the very least, alone.

90% of indian men are very uneducated and primitive. They see pornography on their cell phones and internet cafes and they think “all western women are whores who will fuck anyone”. This is literally their mentality.

So don’t go to India, unless your idea of “spirituality” is getting gang-raped.

Lol that’s actually quiet true, the mentality and logic over there is very bad… Its actually a dangerous country tbvh if you can find the right people then that’s good for u but if you don’t-then ur ‘fucked’ (see what I did there)
If you do plan on going… I would reccomand you hire a proper well educated experienced guide

I only care to see The Mysterious Last Door At Padmanabhaswamy Temple. 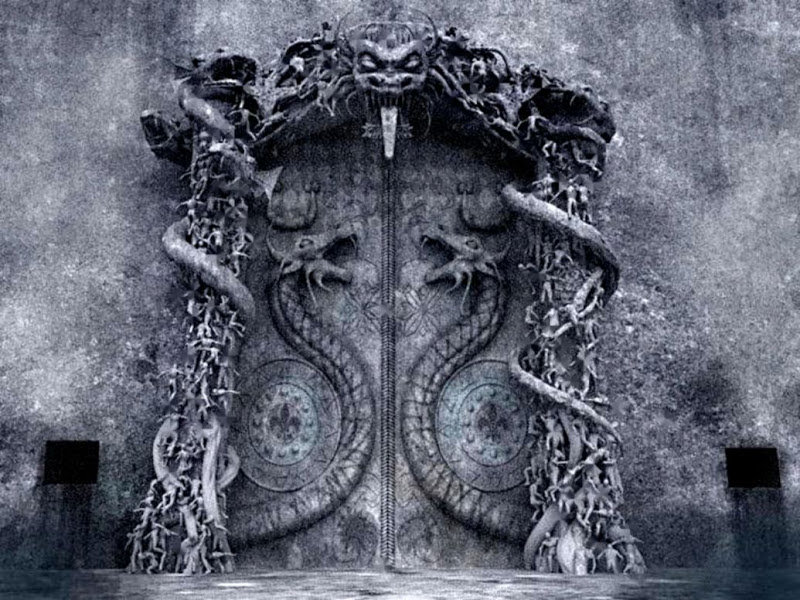 i was come from a hindu lineage and interested i. fortis. i met many what i believe we’re real aghoris , nagas, and general black magic LHP in the himalayas.

my family forced me to go on the hindu pilgrimages for an entire summer when i was 11. by age 8 i had studied enough to denounce logically all organized religions and hinduism in particular. they made me go on the pilgrimage because i was stepping away and my clans patriarch being the spiritual leader of the community thought it would save me. instead i found inklings of LHP and clues and things that teach me now in hindsight.

they’re the ultimate children at heart always joking internally to themselves with their gods/deities / spirits. you don’t find them unless you’re meant to or they want you to. in my case i think it was both as i ran amuck in india denouncing every RHP thing at every holy site and every chance i got. it led to many ash ridden ascetics or wannabes coming up to me and having strange reactions.

I don’t have it handy, you can search using the keywords rectal cancer vimalananda aghori etc.,

I do hope you blog about this or start one. That would be some interesting reading.

i’m startinf a blog but it won’t have to do with blatant LHP more just focused on experienceing the world through specifics lens of tenets i live by ie truth beauty knowledge.

i wouldn’t care to share experiences from a trip like that. the lessons i’ve learned from them i do though

I suggest check with someone who visited the temple to see if there is really such mysterious door. In this age of internet and fake news it is hard to believe what is real and what is not!

Hi there, I am an Indian as well. There’s actually a door which they didn’t opened. There are actually 3 doors out of which 2 doors have been opended successfully. You can find it on YouTube it was a breaking news in india. Othe reason behind 3 door which has never been opened because some senior sadhus believe that, the nagas (snakes) are protecting the treasure.

Also I have started reading angelic protection books and will move down to Goeita after I gain some knowledge. Thanks

Hi, can we connect?