I mean fuckin obviously it should be.I would like to find such people with the same interests of mine in this forum?

Why is that important? Sorry just gotta ask

I’m not arabic, but I witnessed the power of arabic witchcraft.

Zacharies, you should have heard about Djinns and what you can do with them.

This might be off topic…
But
Is there a book on Arabic Magick any of you would recommend?

Believe me.arabic magick is very related to islamic beliefs and there is no much famous books(just like vodoun witchcraft).luckily I can fing a lot of muslims im my coutry who practice witchcraft using talismans,curses,demons,and even some chapters from the quran

Can one of you chaps perhaps assist with this enquiry?

Are Daemons and Jinns or Genies differrent or the same entity? Spirits, Evocation & Possession

Sorry about my bad english if you find it difficult to understand my question. Being a mosleem, i never thaught about demons or devils, in my religion, we only know about djinn or jinn or genie depends on how you called it in your culture. At first i thought thay they are different entities because i learn from biblical story that lucifer descended to earth for his rebellious act towards god. And him, with another angels came to earth and became daemons or ancients gods. And what i learn…

Well… That’s just white magick… I know that sort of thing is practised.

As arabic magik, i did it alot in my early 20 when i first discover it. There’s many book in Indonesia have been published and sold in book store as relligious topic. Each book teach you clear step by step to do a spell or build some kind of talisman and some prayer to recite after “shalat”.

What i practiced back then was included fasting for period of times, eating certain things (white food which we called “mutih”) and recite some prayer.
I also did traced of some arabic write onto a piece of cloth to make a talisman. Its powerfull and bring ressults. Its just a lot of steps, times and effort to really complete just a one spell and i got tired of it.

Besides, i began to interested in daemons or spirits and want to have partnership with them which in my opinion will give me better understanding about what happen in my life and what should i do. Or shoild i say, guide me better.

Oh, i forgot to mention, other than arabic magik we also have “kejawen”. Its javanesse magik and its involved our ancestor which is spirits of old times to do the work or asked for advices. I never practice it because it also alot work to do and people look at it as bad thing compared to arabic magik which is views as islamic ways to do things.

Got any books you recommend regarding the Magick you discorvered?

If u ask me, i hardly can recommend any book that i have read since it published in indonesian and javanesse language only. I can show u some of book that i owned, though… 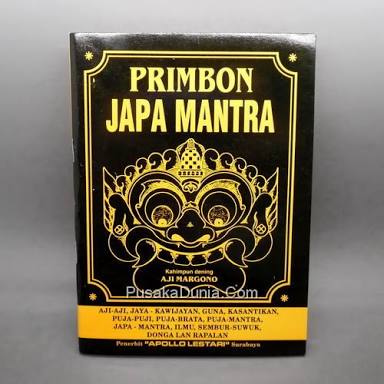 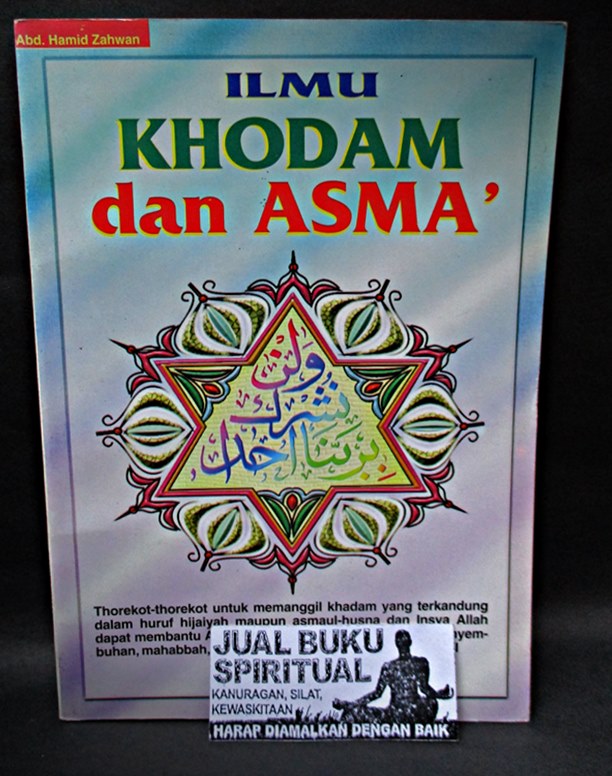 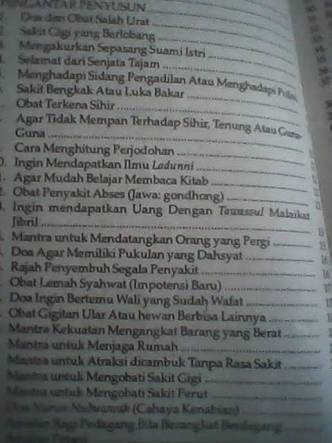 I don’t know if u can find it on amazon or not, but still…

Thank you very much. I dont speak the langauge, but thats fine.

My friends uncle came from Indonesia, we suspect his a magician, he can apparently see sicknesses in people without any medical treatment, and see the “colour” of their hearts.

I see… Not many people can see the aura (color of people heart as u said) and to see sickness without medical treatment, i believe he practiced “asma” as healing concept.

Yes, yes it is

My dear that’s not just white magick. Arabic magick can be very quick lethal and dangerous In it’s execution when employed by the right hands and skill. Read about ancient sumerian witchcraft