Are Daemons and Jinns or Genies differrent or the same entity?

Sorry about my bad english if you find it difficult to understand my question. Being a mosleem, i never thaught about demons or devils, in my religion, we only know about djinn or jinn or genie depends on how you called it in your culture.

At first i thought thay they are different entities because i learn from biblical story that lucifer descended to earth for his rebellious act towards god. And him, with another angels came to earth and became daemons or ancients gods.

And what i learn about djinns are made from fire, they are different being that create besides humans and they have same life like humans, only on different world or parrallel world.

But for some reason, i stumbled upon a story about king solomon who possessed goetia daemons and it was very similiar to Nabi Sulaiman in Islam teaching.

Now, i’m not too sure if they were different entity or the same entity with different name. This is so important for me to know about it and it will really have a huge impact on my next action towards the left hand path…

Please let me know if you know something about it, or what yout prespective about it. I really curious about that…

As far as I know, Demons and Jinn are two different beings

Djins are very self oriented about what whey will accomplish with the magician what there needs. As well for them self if one in there interest they will hold on to the person as long as possible that is how I see it. and demon are about self assent to become a god. personal op

I see. Thank you for your reply… Both of you.

But i’m still curious about what other people might think and if somebody really know about it for sure.

Still, thank u for responding…

Some of the old pagan gods will have a jinn aspect same way they have a demon aspect.
Eg astaroth Lilith azazel.
Calling on Astarte or Innana or Isis you’d get a different energy between those and the astaroth in his demon aspect.

Jinns is a relatively generic term for spirit, although different types/races/species should be recognised as distinct.
What I mean by this is if you were to speak about the fey for example, who are a distinct Irish entity to someone from Arabic country they’d think you just have a different name for jinn.

If however we were for example discussing an Ifreet or a ghoul or a marrid then that’s each a distinct category of spirits.

Many of the kings are in arabic systems eg the 7 terrestrial kings or the jinn in the book of deadly names/book of smokeless fire are not in other systems.
Where as a good chunk of the goetia as well as the major demons are. Some with different names some with the same.

I’m planning on doing a pathwork in the future with the jinn in the book of wonders and will post more about that when it’s done.

As far as I know it’s hasn’t been translated into English like the book of deadly names has(that book had the advantage of being translated to Latin first) nor has it had someone going over it and releasing a copy commercially like the correction to the abramilin squares did. 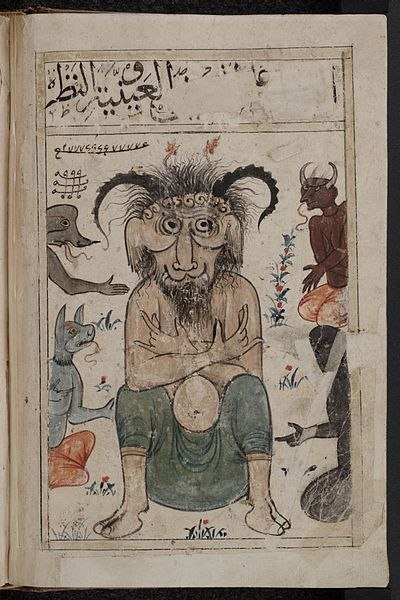 Can’t read the spirits name from the title but look top left looks like it’s his sigil/ summoning number.

Hopefully he’s friendly and likes to rock on as much as the smiling image suggests.
Many of the others in the boom have similar next to them but some don’t (maybe for good reason I don’t know)

That’s plan A plan b is learning to summon them with just the name, when no conjugation is available.

The Kitab al-Bulhan, or Book of Wonders, is an Arabic manuscript dating mainly from the late 14th century A.D. and probably bound together in Baghdad during the reign of Jalayirid Sultan Ahmad (1382-1410). The manuscript is made up of astrological,...

Hi, thank you for your explanation, it took me some time to fully understand it. 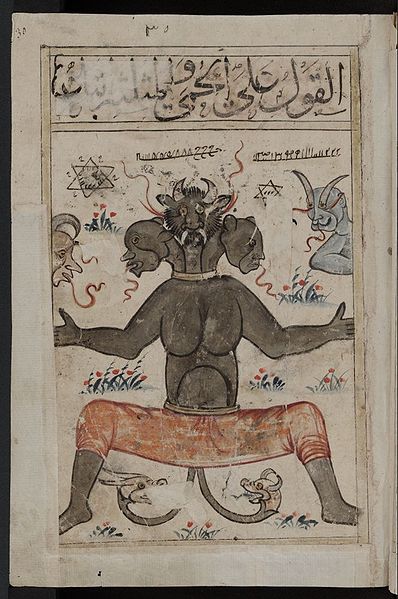 398px-Kitab_al-Bulhan_---_3-headed_devil.jpg398×599 61.8 KB
This is looks like Bune, even though i might be wrong. And on the top left corner its what we (magik practitioner in Indonesia) called “Rajah” and its similiar to sigil.

So i assume that even if they are different spirit, they still have some similiar aspect as they are have power and human asked them for assistance.

I apreciated refference that you included as well, its good reading material and i will wait your post as you work on jinns in the book of wonder.