3rd one I found

This bracelet is the 3rd one I’ve found near where I live. First one was near my job a town over on the route I walk right before entering the building. Second one, was a few houses down from where I’m staying and my moms dog didn’t want to go near it was avoiding it at all cost. This 3rd one my mom noticed hanging on the front fence this morning and she was fine picking it up but when I held it in my right hand my brain felt like exploding.

Please help on scanning this thing 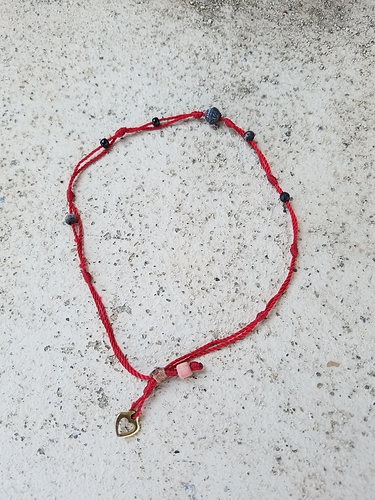 I don’t care for the Feel of it. I’ll give it a good probe in a moment.

Anyone you can think of who would know your routine and want to place a spell on you?

Perhaps love is about to enter your life?

Love binding is what I got to but I’m also feeling a blinding effect from it. Blind to the casters flaws I suppose.

Funny you bring that up. Found out from a family friend this weekend my ex is doped up and high 24/7 and been seeing a customer from her job for a few months some bull dike/macho lesbian and our mutual friend knows she’s the one that got her hooked on the stuff and pills from people she knows at my ex job. She said it’s not love or the drugs it’s something else like she’s been glammered and magically bound to lesbian it’s not a normal connection she can see through it as clear as day. But, she said the chick gave off nasty ass toxic vibes my sons are scared and uncomfortable around this chick. All my boys are spiritually open can see and feel what we do since birth. The mutual friend spiritually opened up while fighting cancer years ago

she’s been glammered and magically bound

That is EXACTLY the feeling I’m getting

Was your ex living with you?

Blind to the casters flaws I suppose.

Could be. Granted I didn’t actually read it.

Now, with anyone around where I live I have no clue on who would spell my ass. All they’d have to do is talk to me I’m an open book. As I’m holding it I can feel some what of a light orb/squishy mass around it and my hands vibrating. It felt like a secondary hand was moving in and out of my real one.

We seperared last August and I had to walk away over some crazy shit. My post “Howdy” explains everything…crazy ride I’m on

Hey. When did you start finding these?

I’d get rid of them all.

reading it tends to give the sensation of my hands being tied olden days style.

Yes, get rid of them.

Also, if you just started finding them in August of this year, then the situation is uncanny and I suggest setting up protection.

Started finding them this year since Jan-Feb when my ex completely fell off the radar. The other day I asked for a spirit to step forward to help with a specific task relating to this situation and this symbol showed up after morphing from another one 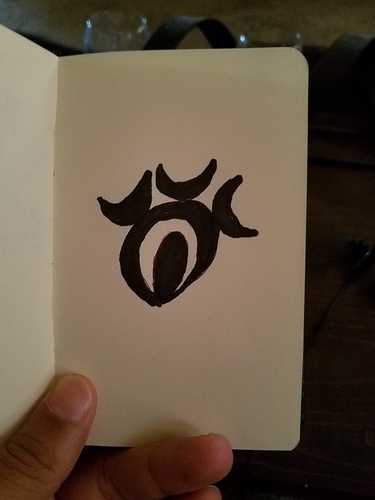 I get Lilith vibes.

Scratch that. Namaah. The two are a little similar.

I have a feeling the same as you guys. The task was to cause as much guilt and pain within their power for what was wrongfully done to me and sow dischord and hatred between the parties involved until I can hammer them into oblivion. This sigil of Naamah first appeared and a voice said “hold out a little longer” and then it changed to the one I posted before. The center was a black flame thing 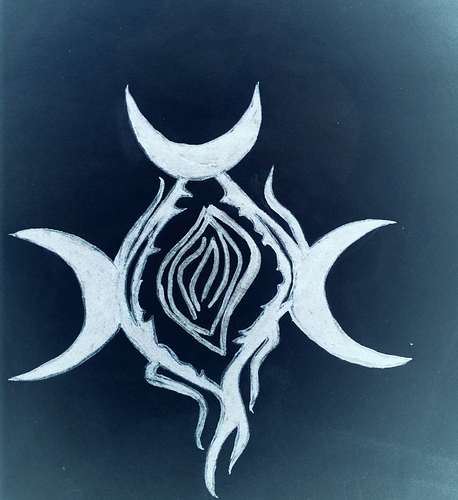 Another forum member said this about the one I drew up:

“I would say an Astral-projection prevention sigil. The three moons are grounded to what is essentially earth or the causal. The middle represents the core energy of Earth or the physical.”