Man what a experience!

After doing research here and there. And finally working up the courage to summon Bune. It was definitely worth the hours I put in.

With the help of the search bar. I was able to successfully evoke Bune. Worried about impostors showing up I was able to pull up a helpful article. Where I learned a chant to say, which wards off impostors. That gave me more confidence that I wouldn’t be fooled.
I was having trouble reaching the, theta gamma sync. So I hit the search bar again and came across the topic of binaural beats. I read a few post decided to try it out. Man that helped.
Getting crafty I made a Universal Circle, I did copy E.A.'s concept. Researching first if that was allowed. from different post I saw that he didn’t mind/care. So I made it out of a bed sheet. Made it pretty big so my altar could fit in it.
The hours put into making the circle was worth it. The experience I had was mind blowing. Bune had patience, I informed him I was still learning. My incense cones went out quicker than I had planned. So I asked if I could grab some more to practice gazing through the smoke. I had a strong presence of a man being there I read that bune appears as either a woman or a man. So waiting for a answer I said his enn.

Then The flames on the candles flickered. I went to retrieve them and light them up. The binaural beats playing in the background had one of my cats in a scurry. He kept running over the candle I had on the circle. Worried I would shush them away. While saying, pardon me Duke Bune. He didn’t mind at all. He was still there waiting on me.
Upon making my request and chanting his enn. I did what the ebook by E.A. recommend to do. In order to achieve and maintain theta gamma. It helped. As I stood up to chant louder. I started to gaze into my TV which is mounted on the wall. 65 inch. I visualized him manifesting by me.

I look back down to his sigil and to also look at his enn. I felt I was mispronouncing it. As I fixed my speech and said it louder. When I looked back up to the TV. I was enveloped in a black mass. Chills went thru me but powerful ones nothing like previous evocations I’ve had. Then my arms went numbish, I had the strong feeling he was behind me from what I saw he had a hand on my shoulder. Then I heard a deep voice from the corner of my living quarters.

I asked if I could use a tool/app on my phone to try to communicate with him. It was a ITC text to speech. Ghost hunting tool. He didn’t mind, still feeling his presence. I asked how old he was and I told him my age. The responses I received where, and in this order. Letter,ran,peace,year,did. I’m still figuring out if it means anything. I know certain words mean things in the spiritual world. Like hints? I’m researching still.

I thanked him for gracing me with his presence. I gave him a yellow rose to symbolize the beginning of our friendship. And for his travel I gave him a cup of water which was a copper mule cup. Which I think he liked cause the noises I was hearing were coming from the location of the objects.

In all, I say that, thanks to everyone on this forum along with their input on certain topics. It made it easy to summon Bune but still with good old hard work on my end. I was able to get the job done. Looking forward to more chats with him. 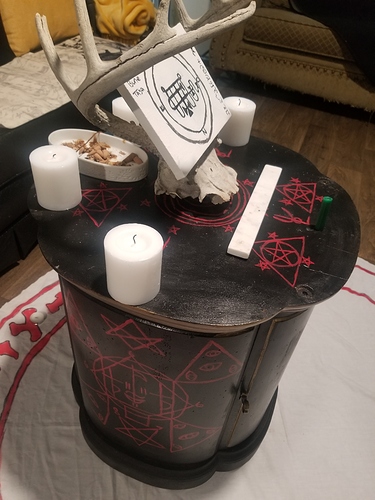 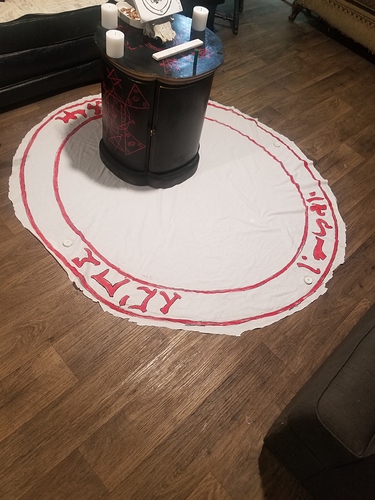 Nice! I love Bune and plan to work with him soon since I’m job hunting again… sigh. He’s one of my favorites. He also appeared as a man to me in a dream, not a woman.

Best of luck! I’m pretty sure he’ll give a helping hand.

How long does it take for the results to come?