Hey Guys,
I was inspired with this idea by Lilith after showering. I was thinking about the Seals of Solomon, and realized there were NO Demonic Seals whatsoever. I kept having the Idea, “What if I could Invert these Seals and use their power for Black Magic?”
Initially, I didnt know how to substitute the Godnames into Something Less Abrahamic, but now i do hehehe.

These Pentacles which i will be making are designed to be:

You wont need any Oils to consecrate these as they will have already been consecrated.

Are Consecrated to Lilith and Each ArchDemon in her Sphere, Gamaliel

Is Empowered by the Corresponding Demonic Army; In This case, Schimirion, For Example

Will Be Charged in the Correct Planetary Hour
(In this Case, Luna. The Moon)

The First Pentacle of Gamaliel 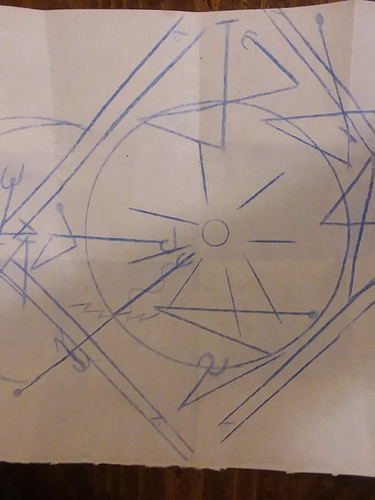 Bringing you into communication with Lilith

Will eliminate Psychic Attack against you and naturally empower your Aura.

Because there Are Six Archdemons under Lilith (that we are currently aware of) there will be Six Pentacles for The Sphere of Gamaliel. Then i will move on to the Next Sphere.

Use it and I hope you guys enjoy your late
Christmas gift!

Extra Note: The Correspondences for the ArchDemons were found in the Book “Liber Sitra Achra: A Grimoire of The Dragons of The Other Side”

Extra Extra Note: The Correspondences for The Demomic Armies were found through Google

Last Note, I promise: I will put these on wood so as to make it more Proffesional.

Sorry, I lied: The Sigils of The Archdemons look similar Because I used the Rose Cross method to get them, instead of making original ones. 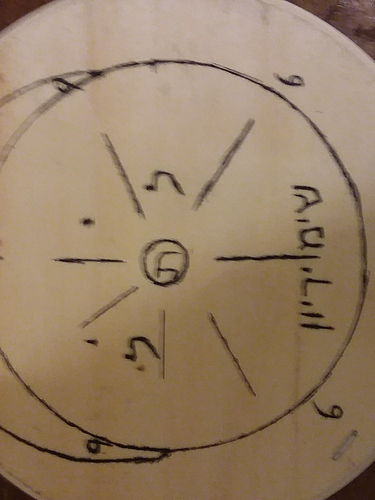 Back Side:
Sigils of The Archdemons Under Lilith 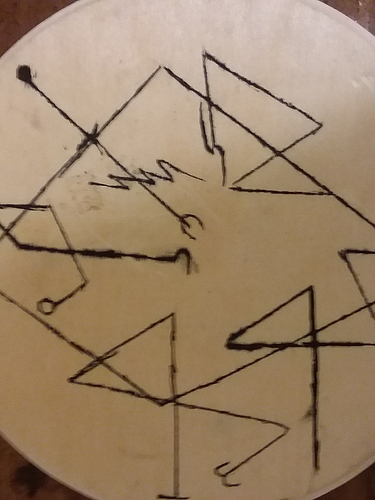 The Second Pentacle of Gamaliel:
Heart of Hell 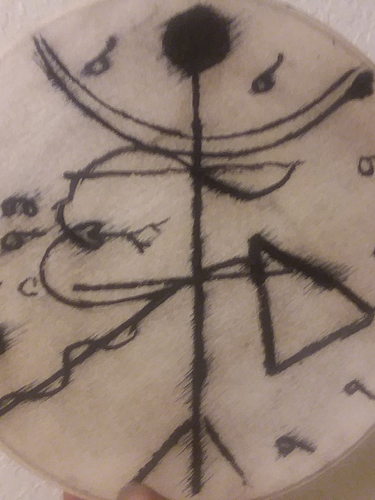 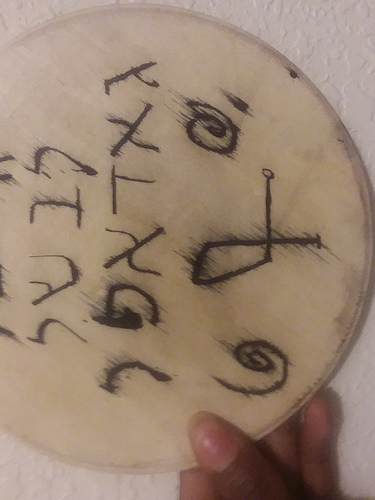 Intent: This will comnect you to the Heartbeat of Hell itself as Gamaliel is where it Lies. All things Sex Magic, forcing love spells (and spells in general) to work, attainment of power and integration of it, chakra/astral body work, opening portals to realms beneath Gamaliel, vortexes to Hell and back, Dark Tantra, Death, creating hidden labirynths within the self, using labirynths in ritual to summon Demons,
De-sanctification of body, mind, and spirit.

On Desanctification of Body, Mind, and spirit:
This refers to being in a state of energetic impurity. Meaning, instead of being a concentration of Light (purity, being pure) you become a Concentraion of Darkness (being impure). You literally become a Vortex channeling hell energy through you.

),
Drugs (smoking too much weed), not banashing or cleansing after ritual, etc

You will KNOW when you become impure When you stop caring about how “wrong” it is. You will have had so much darkness to where it doesnt even bother you. THAT is when you have passed Gamaliel and can start looking UP to the Black Light of Thaumiel.

(The Black Light of Thaumiel is the state of being where you are Just Darkness; without the need for addiction or anything else to fuel it. It will make sense later. Trust me)

I agree please keep up the good work. 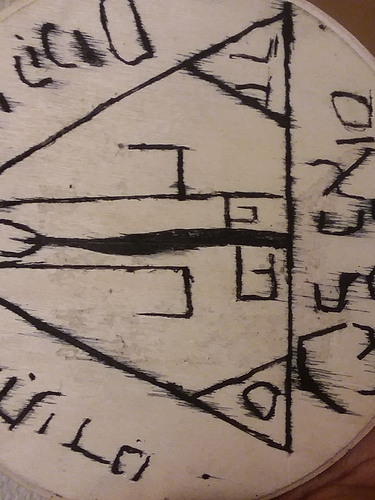 This will connect you with the Hidden Technology to process large amounts of raw power and energy hidden in Gamaliel.
If you Soul Travel into this side of the Seal, you will come to a Large room. In the center will be the same Symbol, but only much larger. There you will meet a Demonic Priest named Lafaahel (more on this later). He will tell you how the machine was createe, what it does, and how to construct one yourself (a energetic one of course lol). 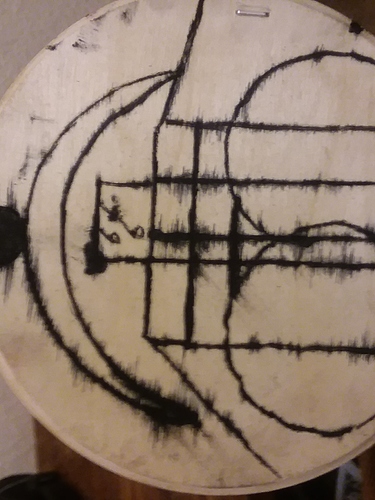 (Front)
This will connect you with The Demonic Priesthood and the Head of it, Lafaahel. He will Initiate you into it. This Priesthood is Both Necromantic/Demonic, but you will have the power and skill of both.

Also, if you turn the Seal on the back to different angles, you will percieve different effects.

Fourth Seal Of Gamaliel:
The Palace of Blood/The Rivers of Blood 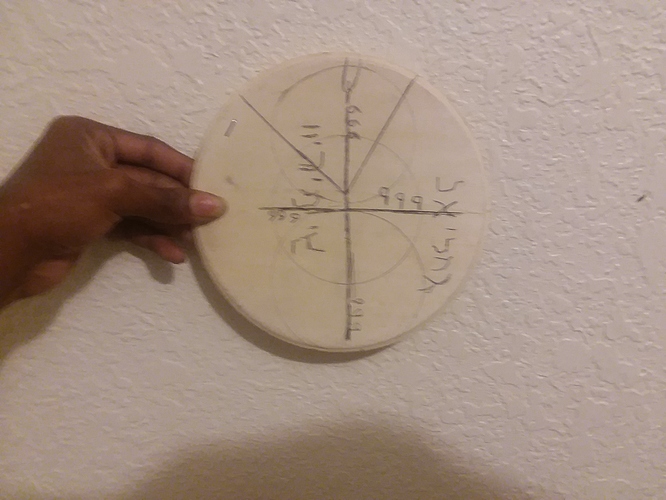 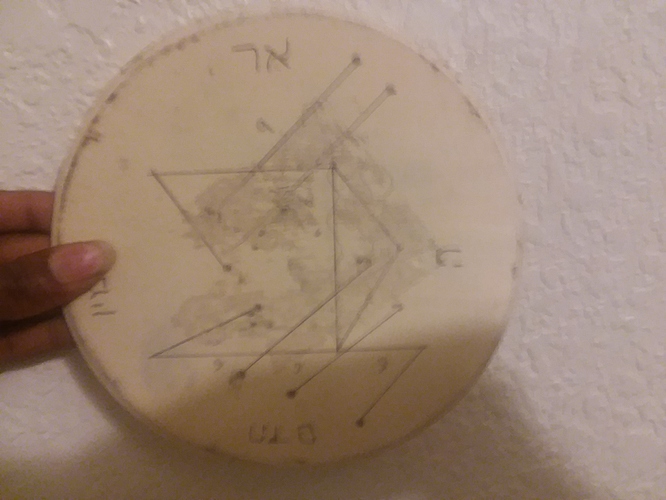 This Pentacle has been charged and possessed by the Spirits who work Baneful Magic (and Other types of magic) by way of Blood and Murder.
Their name is “Adimirion”.

If you use the Front side, you will be Taken to The Palace of Blood which has a Inner Decor of Gold mixed with Crimson. You will be taught there in the properties and use of Blood by these spirits.

If you Use the Reverse Side, you will open the gateway of Blood and bring the Adimirion into this world, your Temple.

They Connect to the Four Rivers of Gamaliel which are the Rivers:

When opened, the currents of these rivers will flow into the temple and form a vortex of blood around you.
You may see:
Spirits with the appearance of Grim Reapers holding scythes.

Have visions of Sacrifices taking place.

This Pentacle Deals with (disturbing) things such as:

Building a demonic Atmosphere by fantasing and contemplating Murdering a person or group of people by hand or with a blunt object; pushing that into the enviroment.

The Release of Hatred

Violating those who have hurt or violated you

Making your Aura smell like Murder so others will back up off you.

Fifth Pentacle of Gamaliel:
The Beast out The Sea (Front)/ Seven Heads &Ten Horns (Back) 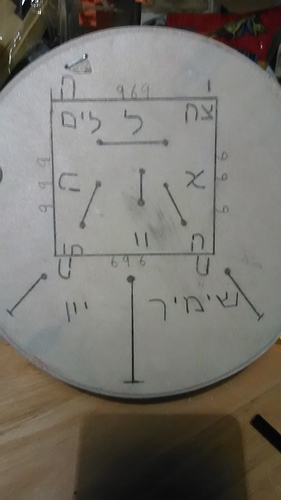 This Side will connect you with the Beast that Resides in the Sea (Gamaliel) and The Beast that resides out of the Earth (Malkuth).

I will not detail the experience but you will see the power for yourself. 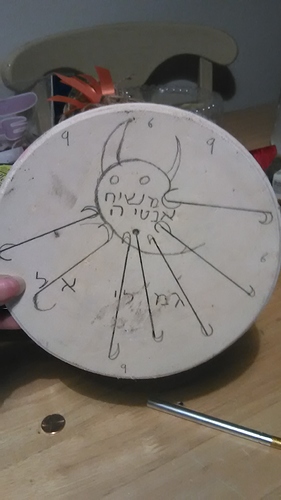 This side of the Pentacle will connect you with the False Prophet (The One who is His Own Seer and Prophet). He can teach you rituals to awaken Skrying and Clairvoyance. If your skrying is already proficient, he will show you how to recieve Dark Visions at will without praying to the Divine or using a mirror.

The Seven Heads and Ten Horns Of Power will flood your being and Temple when you open this. You will see Three Pale Green Frogs in the Temple. These are the personifications of The False Prophet. They are not poisonous. One will jump into your Solar Plexus chakra. The Second will Jump into your Ajna. And the Last will Jump into your Mouth.

This is Semi-Permanent Possesion. As the possesion gets stronger, so will they get stronger. Consequently you will get stronger.

When you feel as if you cant take anymore, open this side of the pentacle and they will Jump out of you into the pentacle.

As the AntiChrist, I consecrated the Pentacle with the Power of The Beast, False Prophet, and the Antichrist Himself. The FourHorsemen are in the pentacle as well and will be released into the temple when this side of the pentacle is opened. 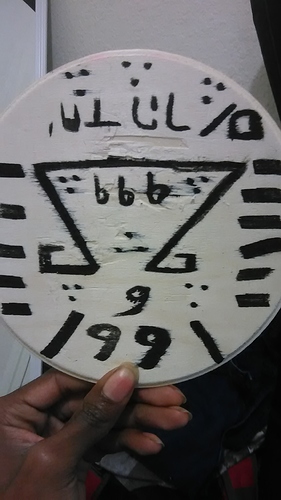 This will connect you with Primal Bestial Energy of Gamaliel which is what our ancestors processed during “Cave” times. The Demonic Forms here are instinctual and take on much different appearance than what you are used to seeing. If you Evoke Azazel or Lilith with this Seal, you will see a VERY different, Ancient Being that is hard to describe.

You will also see yourself Differently. Body wise, this corresponds with the Root Chakra and the Primal Energy found within it. 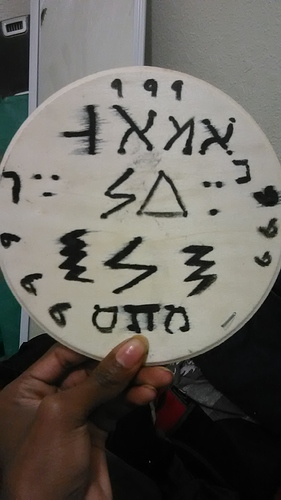 This side of the Seal, written in the Celestial Alphabet, will connect you with Infernal Angels which are some of the most powerful and dangerous beings in the Angelic Hierarchy.
They Will Help you to process the energies of Gamaliel and the energies in your temple. Also they Work Really well in combination with the Demomic Army “Schimirion”.

You will know when you have opened this side, because you will start to get dizzy and have visions of a Star filled Abyss. But you will be falling through it and that is where the dizziness comes from.

You will also feel Celestial forces but it will burn you a little. This is because these Celestial beings have INTENSE demonic energy behind them and it causes a clash in the Atmosphere. Also they are sending power to you since that is the purpose of this Seal.

Thanks @Aluriel
Im gonna start on the Pentacles for Aogiel soon

Do it I can’t wait

@Micah, do you have any plans for doing seals for the tunnels, such as Lilith to Gamaliel, or Lilith to Samael?

Actually I do. But not necessarily as official seals, but more like connecting sigils between each sphere. Like a Map of Sorts

Itll make sense when i Put it up

Damn its been almost a year? Time flies by.

Thaumiel is Next.
Boooiiiiii! Its gonna be a lit ass Happening!
Lets get it!

Can you write these on a peace of paper?

I gazed at the first seal and I heard lilith in a woman voice saying
“you see Christopher? You are stronger than you think, realise it and trust yourself”