Working with Lilith for the new me

Not to long ago I finally answered Liliths call for me to work with her. Iv read that at times she would already be in our lives but is not aware of it until we were ready and this is true at least for my self. But I’m here to write my experience that I had yesterday while doing my first ritual with her alone.

So yesterday I decided to do a banishing ritual with Lilith. I have bought some Palo Sentó wood to burn in my room to help with the banishing and cleaning up the air. I lit my first piece and I honestly had no idea what to expect because not only it was my first time using wood form of it but also because it was my first time doing a ritual with only Lilith. So I lit it and the wood basically was almost completely engulfed in the flames. I quickly blew it out. Not sure if it was because it was wood or if it was because of my complex relationship with fire. (Fire basically loves me to much.) But I shrugged and lit it again. Paying close attention to the little flame, it didn’t really move or burn to the point that the piece of wood was a fire ball. It just slowly burned the wood. I blew it out and noticed it didn’t exactly burn to the point the wood be smoking. So I lit again. This time it was smoking and letting the aroma surround me. I began to do my evocation to her but not long latter the wood needed to be relit. So I just continued as I did so. I watched as the wood burned and then an idea popped into my head. I grabbed a pen and wrote what I wanted to release from me, to be banished from me and my life. I then said another chant as I burned it. That’s when I felt the air changed, my energy began to change. After awhile I started to feel more free from what ever it was. But I had to relit the wood but when I did, it burned in a interesting way. Unlike all the other times where it just burned, the flames formed a perfect L. I felt I needed to take a picture so I did but what came out was a bit interesting. 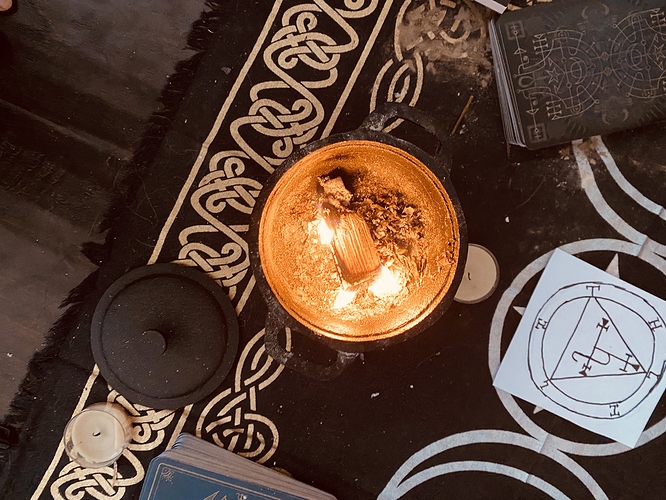 Then the flames drew back to the very corner and stayed as a single small flame only to start to spread in a counterclockwise direction. 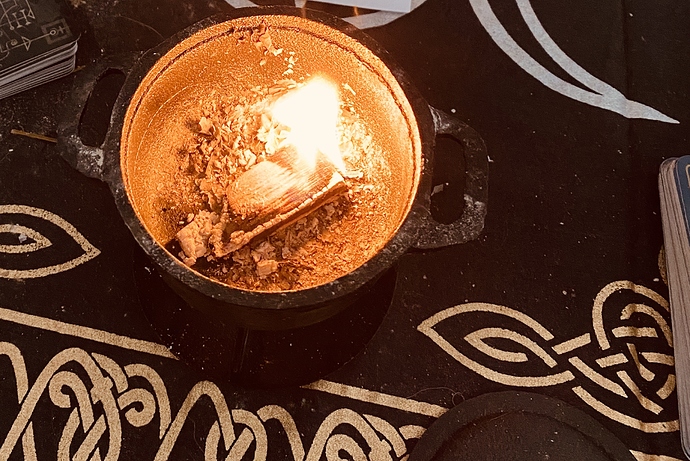 I then felt as though a clear communication was being established with her. It coming in very naturally though it was still a bit hard to understand everything that was being said to me. I ended the ritual and thanked her for her time and establishing a closer connection with me. Since that ritual, I feel more comfortable on what may come soon. Though I’m still a bit nervous on what may happen, I don’t feel as in the dark about things now. Thank you Queen Lilith.

That’s one hell of a great experience indeed. I’ve said this a few times in this forum, but Lilith is the best friend you could ask for. She will work you out until you become a diamond. Be prepared for changes in your life, Lilith will certainly lead you to many strange new paths.

Too long. On short what you said there?

What do you mean?

Hail Lilith!! She truly is amazing…