Greetings, my fellow magicians…Okay so don’t freak out guys but I am in need of a little advise. For those that aren’t aware I am a bodybuilding fanatic and enthusiast… I have been in love with the sport since I was about 8 years old, it has literally become my greatest passion in life. To me bodybuilding is a spiritual rights of passage and my birthright. Ok so long story short …I was wondering would it be ideal to work with the Greek God Hercules for my bodybuilding pursuits. I am looking to attract bodybuilding clients, and friends in abundance. Not just for sexual purposes but for genuine friendship and networking. I chose Hercules because he was well known for his strength and muscle and thought maybe he could aid me in this. If not what would be some good spirits to work with as I’m trying to build a muscle empire with bodybuilders at my beck and call 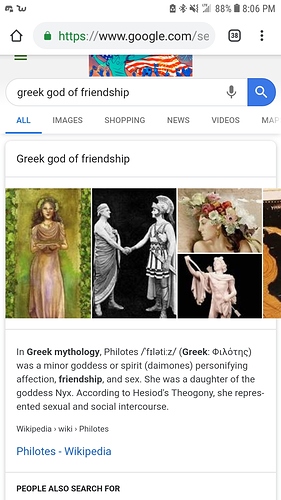 Welcome @muscleaddict. Please post an introduction in the NEW MAGICIAN AND INTRODUCTIONS area, and tell us about yourself and any experience you may have in magick. It is a rule of this forum.

I posted a conversation with the spirit sartmulu whom focuses on physical fitness and strength. I’d recommend asking him for help as well.

How can find this conversation in the forum

Thanks @Myrddin for the tag

I agree with @Mephisto about Hercules and Ares.
As you are so passionate about what you’re doing and you want to attract people who also have the same passion as you, I should first explain a bit some things, so bear with me…
“Friendship” in ancient Greek, means primarily Love.
In the Greek tradition, EROS (included in Love) is the first and lasting cause of Cosmogony and Cosmos, both in Orphic and Hesiodian cosmogony.
It is an abstract concept, manifold, is the whole of universal love, towards the whole of the manifestation of the cosmos to man, to the plant, the animal, the stone, the river, to every form, to a sense, to a situation, everything, from primacy to gods.
It is the pulling and cohesive Force that holds the matter and creates, formulates every morphology. He is the forerunner of the godly Gods and responsible for every creation. His energy exists in all Gods, but also in all people, animals, plants, etc. throughout the material manifestation, holds everything, fulfills the world.

So even though @Mephisto isn’t wrong when he’s proposing you Philotes and even though you could totally work with the same Gods (Hercules, Ares) for attraction, I’d advice you to work directly with the primordial Eros. Alternatively you can work with the newer version of Eros the son of Aphrodite.

Thank you soo much…It makes total sense what your saying!!! In working with Eros would it be ideal to emphasize that I’m only interested in making aquantices with bodybuilders ONLY