Why so many intros?

it is not worth it …leave it be

Still makes little sense an outside magic/spirit magic force does anything. Affirmation of self seems more likely an answer like a confidence builder.

The rituals themselves… i see no actual working physical foundation.

Wow! go in peace my friend, I don’t think anyone here can help you. May you find what your looking for, but obviously it’s not here.

Unfortunately for you, your frame of mind will never allow you to understand the inner workings of Magick. However, if you prefer to go down the path of madness and continue your questioning, I might suggest reading “Liber Kaos” by Peter J Carroll to understand the quantum mechanics of Magick

Still makes little sense an outside magic/spirit magic force does anything.

Do you believe people have an innate spiritual/magickal core (soul, spirit)?

You have yet to properly introduce yourself, so lets try this once again…
Here’s some Ideas for your intro:

So provide us with these informations or anything else you’d like to share with us about you. Failing to provide a proper intro is against the rules after all. I hope you don’t need a fundamental explanation of what rules are, right?
All I see all this time is just an attack against everyone, so show us you came here to learn and not to just troll.

The psychology of self i see but really a chant to manifest material, harm others, etc esp if unaware seems tantamount to failure. Its how i see things. I am quite mechanical in that nature. I still question and i can’t follow blind faith. Runes, chants, offerings, gestures, etc either has a near 100% working formulae or it just seems fake. Take the psychology and perception away and the solid base working formula should work. Yes, i follow recipes and they should produce a result. I follow building instructions it should result in the desired construct. I see no reason why magic should be any different. A soul less robot should be able to perform it. And i just don’t see that nor heard of such working.

I know we have an awareness and a power source. We function based on fuel. The why we have awareness seems… odd.

The psychology of self i see but really a chant to manifest material, harm others, etc esp if unaware seems tantamount to failure.

Many members’ experiences say not:

So ive been meaning to do this for a while, as I think it would have value to both old and new users. As some of you may know, most of the time i spend on here isnt spent posting, but actually reading old posts…mining for information. In my searches, I often stumble upon absolutely amazing testimonies of peoples successes in magick that have now largely become lost in the pages of time. However, I tend to always bookmark a lot of them and read them regularly…to the point where my bookmark page h…

Runes, chants, offerings, gestures, etc either has a near 100% working formulae or it just seems fake. Take the psychology and perception away and the solid base working formula should work. Yes, i follow recipes and they should produce a result. I follow building instructions it should result in the desired construct. I see no reason why magic should be any different. A soul less robot should be able to perform it. And i just don’t see that nor heard of such working.

This book will cover most seeming paradoxes you’ll find regarding what’s “real” and what’s “just” in your mind: The Kybalion PDF, archived link (we don’t trade PDFs on here as a general rule but this one is okay, the text is out of copyright and the edition was given for download from the site that created it).

If you are referring to cyber magick, it is a thing that can be put to use.
Here you can find a useful resource if your interests are located in this field
https://technomancy101.com/

I was looking for this for nearly 1 year,thanks

I will read this.

Take a look on this thread here.

Something is that dont exist for you cause your opinion and perception its dosent mean that its not exist.

Challenging one’s belief is commonplace and integral to self realization.

I agree.By truly thinking about opinions that counter your own beliefs you are forced to overthink the value of those beliefs, and thereby you find arguments that either make them stronger or you see their fallacies. Either way you gain from it.

I understand your cynicism. Unfortunately there are many charlatans and con artists, fake psychics, fortune tellers, and the worst of the lot paranormal investigators, the Warren’s being the most famous, who I personally despise.

In my younger days I too thought Witchcraft or sorcery was something from the middle ages, old myths and legends. Summoning demons to effect revenge or for gain, I thought was impossible and the work of fiction.

What I have learned to my chagrin and horror is that Witchcraft is very real and many people in the 21rst century do practice the black arts and Wicca to effect change. These various Deitys do exist and they can cause harm.

The problem as I see it is the media and television many of these shows to include Ghost Hunter’s is the worst, with two brain dead plumbers who fabricate many episodes with camera tricks and after effects.

Paranormal Witness and Paranormal Survivor are two others. Many of the people involved in the show are obviously victims of a real hex and curse. The problem here is that these so-called Paranormal Experts they bring on to evaluate the families tragedies with the supernatural are the biggest pack of idiot’s I have ever seen or heard.

Hey like wow man, there’s this really dark negative aura around you, that is holding you back, because someone died on the property and there like trying to make contact with the living to gain your attention. WTF!

The people involved in these episodes are victims of Witchcraft. Demons who have acceded to the hex will patiently wait until something of importance happens in there life and attack and make there victims as miserable as possible.

Once unleashed on their target they will infest themselves in there lives and destroy any happiness.

The myth of ghosts and that of someone dying on the property has absolutely nothing to do with the visions and harassment of the demon that was sent by a living Witch or Warlock to destroy someone.

With Witchcraft you set your own limitations with your magical concept in which various fields of magical energy exist, your will or consciousness is the fundamental force to move your magic forward.

The magical forces of the world are controlled by nothing more than the will and concentration of the magician as you set your own limits some for gain and benefit, others for malice or revenge.

Many are secretive about there practice and very few will disclose there knowledge especially for baneful work or hexes for revenge.

Hence, this huge amount of misinformation, about the causes of these so-called hauntings.

The archived link worked fine on my computer but not phone (i travel a lot without a laptop). Id this version identical? 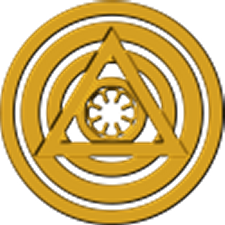 The Kybalion Resource Page features an online ebook edition of The Kybalion by Three Initiates, along with links to Kybalion related information.

And i will try to fill in the blanks as i go about my ex-wife and the occult. Maybe a simple bullet line since i tire easily:

I don’t have a great memory and my mind and body has atrophied to a terrible state. She said she’d gaunt me eternally and drag my soul to hell. Being quite agnostic, i really don’t believe her threat and don’t care. I’ve become cynical of theology, philosophy, the occult, religion and such because it was thrust in my face at the edge of a red hot iron sword (literally and metaphorically)

You don’t have to believe it. I know very well they connect to all sites and they know who i am. Why come out and explain? Because i did no wrong but that family is hellbent on ruining lives.

So, that’s how i see the occult because 30+ years of their tortures, deceit, and lies seems to be the only truth i know.

I never touched their literature. When you expect to be burned for touching it… you just avoid it.

Tragic story. Are you blaming your ex and her occult family for placing a curse on you or are you attributing all these miseries to bad luck and the misfortunes of every day life?

@GlenCampbell My that’s quite a story and no doubt would make a fascinating book to read, but no where in it, or this thread or in any post you’ve made have you clearly explained exactly what it is you want, from this forum specifically and from magick in general, what you hope to accomplish.

So please make that the focus of you’re next post as it’s required by the rules of this forum, and honestly is the only thing that actually matters here.

Tragic story. Are you blaming your ex and her occult family for placing a curse on you or are you attributing all these miseries to bad luck and the misfortunes of every day life?

Can you meet lucifer during astral travel?

I’d probably run into my ex-wife if i believed this worked. Her name was Lucy after all.

Yes, that version is accurate, their site was down for a while but I have linked it before on here.

I’ve become cynical of theology, philosophy, the occult, religion and such because it was thrust in my face at the edge of a red hot iron sword (literally and metaphorically)

That’s cool, but just remember we’re nothing like her or her family, your anger is understandable but not merited on here.