Why are demons of the goetia depicted as ugly?

Exactly! Because God forbid (pun intended) you might experience or realize something that makes you doubt their religious dogmas…

Most likely, yes, they will appear beautiful. If you don’t fear them, and if you’re not being an a**hole, they have no reason not to treat you as respectfully as you treat them.

MY realisation of religious dogma came after I asked Arch Angel Michael to come forward to me while I was a Christian. He appeared as a beautiful orb of Blue light. When I told my experience to Catholics they told me “ignore it! demons can mislead you and pretend to be angels!!” when most of the Goetia are “fallen angels”

. My whole belief is that the demons/fallen angels separated themselves from the unity of the celestial because they wanted to become gods and be their own people. Thus, they became a duality. Whereas the Angelic Order exist with their own free will to serve the celestial(Whether that is Yahweh or not that’s up to the individual)

Even the idea that demons are evil is a recent thing. The word Demon originates from the greek word “Daimon” which simply means “Wise spirit” which is exactly what the goetia are. They are wise and powerful spirits.

they are objectively metaphorical

Half human half animal, dark hideous
Yep… all these images first off have their origins in grimoires
These grim visions were given( as mentioned above) to deter others from conjuration.
I also believe that these manifestations could have been inspired by those ancients for the purposes of generating fear among mankind.
Sure if you look at other grimmoires some appear as a malicious entity and later change images when the conjurer shows no fear.
Some also believe that they may have scryed the beings as one point and the distortion ( half animal man beast) were just the best description of what they saw…
Hope this helps:)

They can take whatever form they desire. Just be sure if you are calling someone like goddess Lilith you put such thoughts out of your mind. She ight show up in inform that will blow you away.

Demon paintings are wards to keep the superstitious and nosy away from the work.

When you actually get down to spirit work, you realize that spirits are more like verbs than nouns. They’re found in acts rather than beings.

Ugly? I guess so. Scary? Relative. I showed my friend those pictures and he compared them to Monty python art. If anything, some are just down right silly. Granted seeing them in real life may be intimidating.

I think they take these forms to challenge the conjurers courage.

In my experience the form a spirit takes is usually symbolic of its powers and attributes.

Then why write the book in the first place? Personal use?

Beauty is in the eye of the beholder.

Besides, angels were given a similar treatment in actual Abrahamic texts. They’ve been described as having four faces, eyes all over them, literal wheels and giants among other things.

The Lemegeton entries are records compiled from theurgetic summonings of the demons named. As theurgetic summonings work by using angelic power to squash a demon into a triangle then burn his ass with it if he doesn’t obey your will, these are records of demons who range from annoyed at the inconvenience to very pissed off, and who are consequently taking forms intended to shock the magician into stepping out of his protective circle or else lose focus and make some other mistake that will allow the demon escape or payback.

Christian dogma.
Some of them do actually look pretty messed up though.
I personally think it’s how they wanted to be seen at the time.

Example -
I’ve seen Baal as a giant spider and also a shape shifting human. So I guess it really depends on how they want to be seen at the time.

I’m not sure how to comment on the Anubis thing because I have only ever worked with Anubis in that sense.

Besides, angels were given a similar treatment in actual Abrahamic texts. They’ve been described as having four faces, eyes all over them, literal wheels and giants among other things.

This is an important point, and shouldn’t be overlooked.

Also I want to emphasise that if a demon appears looking weird, it doesn’t necessarily mean it dislikes you, the old “command demons with threats” paradigm was in fact the one that insisted they appear in a manner pleasing to the eye.

So, if you’re new to evocation and you see a demon showing up looking rather weird or even plain disturbing, it’s not a value judgement on you, E.A. described Balam as looking hideous in his evocation of 9 Kings in short succession, for example.

Beal to me always has 3 heads and spider-like legs, and I’m going to be lazy and quote myself from 2014 about how I see Balam:

The actual appearence of demons

Humans can be repulsed, angered and shocked by another human with a facial deformity that they’re in no way to blame for, and which has no bearing on the beauty of that person’s soul, so I wonder how accurate the “Miss Universe” approach to assessing demons really is?

Lots of angels are described as looking really weird as well, so it’s not just a feature of the naughty ones to not look like movie star pin-ups. Isn’t it just typical human superficiality to judge spirits by our mammalian standards of what’s appealing?

Balam is the most unusual looking being I’ve seen who was named in the grimoires - he looks to me like a black tree of hissing faces on stalklike necks, and none of those faces are conventionally attractive (< English understatement alert there btw). He’s civil and polite though and has helped me with a couple of things, so I’m not going to judge him on how he chooses to appear.

The worst beings I saw were from working as a healer, BUT some of the nastiest and most dangerous “spirit intrusions” that were making people very ill looked relatively innocuous, often like small humans or coloured shapes.

That made me think that these beings can usually choose how they appear, and that’s something else to factor in before leaping to conclusions about what a spirit will mean in your life based on how they look.

Asmoday still appears to me as he is described in the goetia. He doesn’t have a dislike for me only really telling me that it’s okay to have lust and joking around. Perfect way I would describe him if he would take on a human form for me would be King Robert from Game of Thrones. 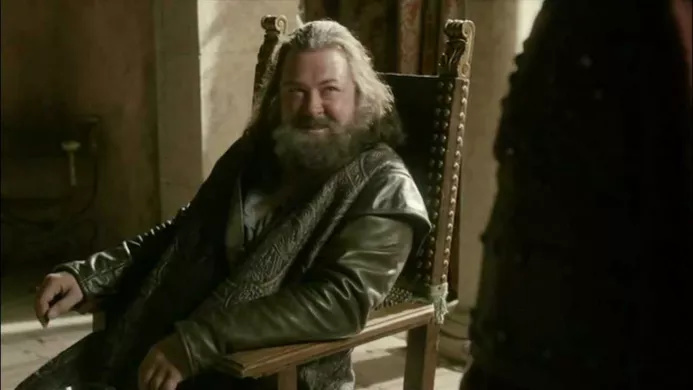 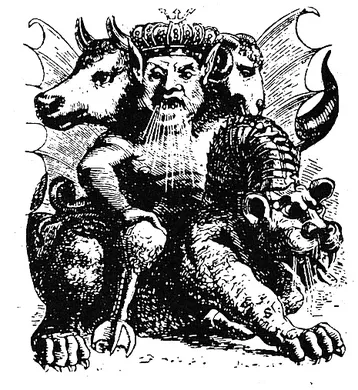 He is quite the jolly fellow but you also don’t wanna piss him off for well good reasons. I used to be scared of him but I don’t fear now. He’s cleaver, unique and overall, I’d describe him as the true form of the hedonist philosophy
3 Likes
Mani May 5, 2019, 1:26pm #40

Good to know that I wasn’t the only one.

To me some of them showed up as normal humans.Others held more “non-mundane” features, others didn’t showed themselves at all. None of them were downright scary or ugly to me

Beauty is in the eye of the beholder. The visions presented to people of various deities are symbolic according to the message they wish to convey.

Demons use symbolism with its appearance to convey its task, with various creatures, to convey a message that you have requested an answer to, or perhaps as a warning that you have transgressed, or that it has been sent to harm.

I have received many visions of various Deitys all depicting different archtypes.

Baal has appeared as a female mischievous teen, a woman in a black coat and hat, a woman of mystery, and as a bearded man with the body of a 8 legged black spider, walking through a church and up a aisle of pews. Indicating I will destroy your faith or beliefs.

The spider has been seen as a symbol of spinning a web and poisoning its prey ensnared in that web. The spider’s legs represent the four winds of change and the four directions of the compass.

The spider spirit is best known for weaving elaborate webs and its patience when stalking and striking its prey, symbolizing your fate with an intricate trap to catch you. And with that web spiders are associated with manipulation, deception as a symbol of there creativity to kill and feed due to the intricate webs they spin.