Who is this guy?

Sorry this isnt about magick but i always wondered who is him, i watch him walking to my bedroom 11 years ago, that form its exactly like i saw him completly black using helmet and just like the picture, i took the picture from a statue of loki and edit it to fit it to my description, and no i never felt atraction to anything with horns or spirits before that day, is he loki? 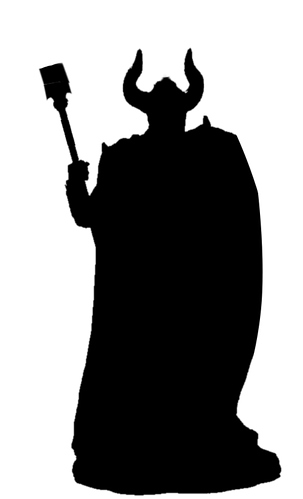 This could be a new game - guess the Goetic or demonic entity… Actually Loki was my first guess as I’d just seen a pic of him online but I’m no expert on how modern artists depict the Norse pantheon.

isn’t he holding a hammer?

was like the picture, but a bit larger in the upper side, he had in his hand some kind of staff more likely than a hammer

Probably loki, thor or odin. But it reminds me of venger from the dungeouns & dragon cartoon too lol

hey guys thanks for the feedback, now i was looking for who was odin minutes ago and i found this symbol, however i saw this spining recently when i was invocating lilith, i closed my eyes and i wasnt on trance state yet i was fine in a normal conscience state just closed my eyes and inmediately saw a white dot that was transforming bigger and then i noticed it was something spining and stoped in front of me and was this simbol first i thounght was hecate that is why im using my avatar because that simbol, i really never liked vikings and never knew anything about them, today i saw the picture of loki and i remebered what happened that day long ago.
im from mexico and i dont have nothing to do viking people or gods, however here is the simbol that i saw, i looked info for him and it says from the wiki that is “the black sun” from nazi ocultism, anyone help me! 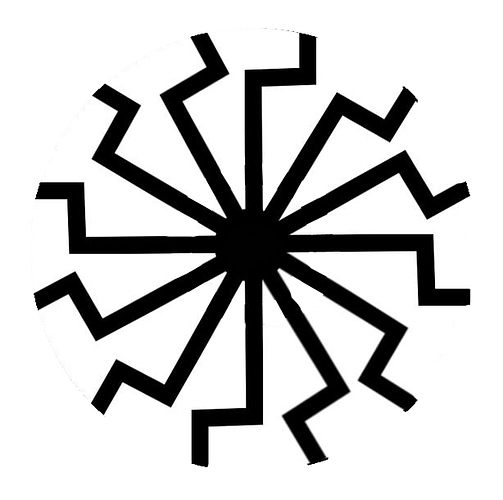 i looked info for him and it says from the wiki that is “the black sun” from nazi ocultism, anyone help me!

It pre-dates Nazi germany, you can find that symbol on brooches dating back centuries, it’s not “just” a relatively modern neo-pagan thing.

Looks like Thor or Odin to me from that description, have you noticed any of their asscoiated animals in your life, either phsyically or symbolically, or through people randomly mentioning them, TV, radio, etc?

All have Wikipedia pages worth reading because Norse lore is a legitimate area for academic study, so those make good starting points.

i dont like vikings or warriors because i actually thought it was a samurai till today, and i never watched tv shows or movies, if there is something that i feel is sadness for the vikings though i dont know why, i dont know the story of their people and i know nothing about them, and as for animals i like wolfs and horses, btw thanks for the reply

Well, the Vikings are not representative of the whole of Norse or northern European culture, and especially not of their spirituality, any more than pirates (as in, Pirates of the Caribbean style) represent ALL of more modern western European culture.

The Vikings, in terms of raiders, slavers, and settlers were one small part of a much deeper and richer fabric,. one both over-glorified and over gore-ified in popular culture - understandably enough, but no more truly representative than a spaghetti western is of real settlers in north America.

It’s the most well-known term, though, and if you want information on other aspects of life, this site is excellent: Viking Answer Lady.

For some reason I have a, intuition/compulsion to link you to this site, something you’re seeking may be here and it’s well outside all the archaeological/historical stuff that may be a bit of a drag: Viking Remote Viewing.

Was thinking of Odin myself, as a well known RHP invocation to thoth at one point declares that there are several names for that which were invoking - thoth, Hermes, mercury, Odin.
Are those horns on a helmet?

thanks ill check them out, i though norse was equal to vikings :C

Vikings (Old English: wicing—"pirate", Danish and Bokmål: vikinger; Swedish and Nynorsk: vikingar; Icelandic: víkingar, from Old Norse) were Norse seafarers, mainly speaking the Old Norse language, who during the late 8th to late 11th centuries, raided and traded from their Northern European homelands across wide areas of Europe, and explored westwards to Iceland, Greenland, and Vinland. The term is also commonly extended in modern English and other vernaculars to the inhabitants of N Facilit...

yes was a helmet a cape and a staff, the staff was like this 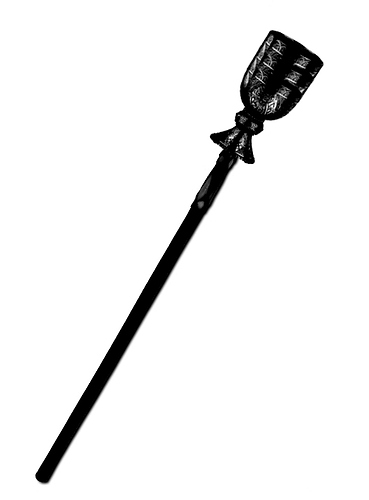 That is a Kolvrat. It is a nature symbol, sun related usually, often associated with fertility and agriculture. 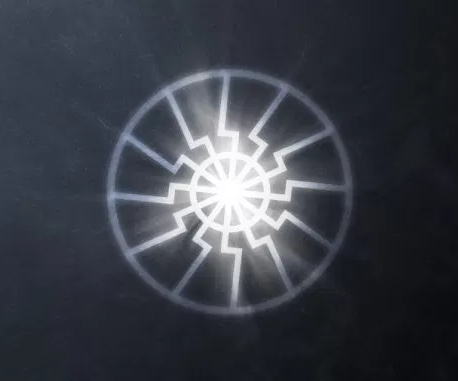