Hello. The spirit who has been following me has finally told me his name. The convo was this.

me laying im bed reading through facebook
i get dizzy and hear a loud ringing in my ears
“Bal- balathar- balthazar”(at first i thought it was balathar and then it became clearer)
So i did some research. Couldnt find shit other than one person saying they were one of the 3 magi and another saying he was a persian prince.
Couple days later he talks to me again.
Me:“Hey y’drall i could use some advice if youre here”
Him:“balthazar”
Me: are you the one ive been calling ydrall?
Him: yes
Me: are you male?
Him: we are many
Me: androgenous?
Him: that is one that appears also as the other. We are both
Me: so you can be either?
Him: yes, which do you prefer?
Me: female, sex is nice and i get along bettee with the feminine energy
Him: female
Me: sorry for assuming you were a succubus
Him: demon
Me: so youre a demon?
Him: daemon.
Me: will you help me?
Him: we will help.

I intend to evoke him tonight but i really dont know what to ask since i dont know anything about this entity.

Has anyone encountered this entity? Does anyone know anything or have any theories? I know nothing of this entity other than, it gives people nightmares if i ask. He literally just does what i ask usually. Sometimes he will refuse to give someone nightmares, assumingly because he disagrees with my justification. At night i can feel someone lay with me, spooning me or laying ontop of me. At night sometimes i feel big water droplets hit my forehead and sometimes my thighs.

That name seems really familiar to me. I’m not sure if this is false memory but I might have had very similar experience in the past.
Let us know if you find out anything more about it.

There is a young adult vampire series with a main character with that name.

Evernight is a series of five vampire-based romantic fantasy novels by The New York Times bestselling American author Claudia Gray. It tells the story of Bianca Olivier, a 16-year-old half-vampire girl born to two vampires, who is forced to attend Evernight Academy, a private boarding school for vampires (although some humans are enrolled). She was enrolled in order to fulfill her destiny to become a full vampire, even though she feels she doesn't belong there. Bianca then meets and falls in lo... 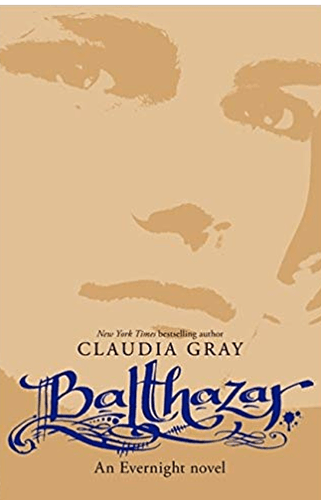