Recently I’ve been receiving visits from a spirit that has been giving me information on certain gods and goddesses. He primarily comes when I’m riding on that fine line between asleep and awake. When he comes he sits by my bed and begins giving me history lessons on certain deities. Though that’s not what I’m here to ask about exactly.

I called him forth the other night to ask who he is and why he felt it necessary to share the information he did. When he first appeared he had the appearance of a very large white serpent with no eyes, then morphed into an elderly ish man wearing a black cloak.

The cloak covered his head but he seemed to he balled and his skin was still very white, though looked like it had been burned maybe? And he had no eyes. It seems like they had been plucked out a long time ago. Honestly now that I’m putting it all down he reminds me a lot of the blind seer in the show Vikings… though I dont know how historically accurate that is considering ive never read anything in the eddas or other mythology books about blind seers? At least none that I can remember.

He wouldnt tell me his name or who/what his is, but did give me a vague answer as to why he was sharing information (which I later researched and found to be true). He said it was in his interest to ensure my best interest and knowledge basically.

I got the impression he was one of many of his “kind” and gave off the vibe of some kind of creepy priest or monk. I was wondering if you guys have ever read anything as to what he could be?
Thanks

I’m getting an “Atlantean”/ancient culture vibe from your description.

I don’t have anything more, just putting it here in case.

Interesting thank you. I’m going to have to add it to my research. Atlantis and ancient Egypt are kinda linked right? The only thing I know about that is Thoth though. Am I wrong? I’m not sure if Im remembering that correctly.

I am not sure, honestly I find so much written/spoken about this annoying, but then it keeps coming up for me anyway. Like the age of the Great Pyramid, the water erosion and so on. I usually kind of tune it out, but I got that vibe reading this, so…

Sorry I can’t be more specific.

Ask if its Lucifer or one of his high priest talking to you.

honestly I find so much written/spoken about this annoying

I’m so glad someone feels the same way lol. I’ve never had any reason to care till now.

I suppose I’ve never considered that. I’m not surprised that he would have high priests, but I didnt think of it.

As anyone written about his different color temples and their different purposes? Ask about his white temple and how a snake can be turned into a heavenly dragon.

I didnt know he had different colored temples. To be honest I try to avoid him until he comes barging in. Hm. Adding it to the research pile.

A snake can never become a dragon! They totally different aspects! 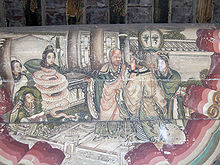 Legend of the White Snake

The Legend of the White Snake, also known as Madame White Snake, is a Chinese legend. It has since been presented in a number of major Chinese operas, films, and television series. The earliest attempt to fictionalize the story in printed form appears to be The White Maiden Locked for Eternity in the Leifeng Pagoda (白娘子永鎭雷峰塔) in Feng Menglong's Stories to Caution the World, which was written during the Ming dynasty. The story is now counted as one of China's Four Great Folktales, the others bei...

In Slavic mythology spirits of death are believed to be placed in the snakes. It’s believed that every house has snake that lives under the doorstep or fireplace which was in the middle of the house in the early Slavic times. 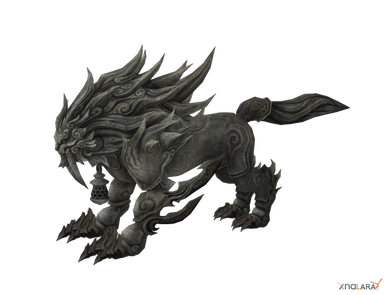 According to Korean records, Haetae's body is shaped like a lion and has a horn on its forehead. It has a bell in its neck, and the body is covered with scales. It lives in the frontier areas of...

Imugi ( A form before a dragon. After training for 1000 years, it can transform to the dragon.)
Korean folk mythology states that most dragons were originally Imugis (pronounced “Ee-Moo-Gi”), or lesser dragons, which were said to resemble gigantic serpents. There are a few different versions of Korean folklore that describe what imugis are and how they aspire to become full fledged dragons. Koreans thought that an Imugi could become a true dragon, or yong or mireu, if it caught a Yeouiju which had fallen from heaven. Another explanation states they are hornless creatures resembling dragons who have been cursed and thus were unable to become dragons. By other accounts, an Imugi is a proto-dragon which must survive one thousand years in order to become a fully fledged dragon. In either case they are said to be large, benevolent, python-like creatures that live in water or caves, and their sighting is associated with good luck.

What you described sounds exactly like a Domovoy from Slavic folklore. Their two common images are white snakes and old men. I just made a post on my journal about them:

Domovoy, the Sjenovik of the House in Rodnovery. The earliest tradition of the Domovoy has it processing the form of a snake, specifically a white snake with a crown. In the same way that a snake gets rid of mice and increases the health and wealth of a house, so too does the Domovoy protect his house. Later on, he came to the become humanoid, commonly a man, but sometimes a woman, and resembled the master, or the mistress, of the house. Domovoy are invisible, to see one is a bad omen, it means…

I got the impression he was one of many of his “kind” and gave off the vibe of some kind of creepy priest or monk. I was wondering if you guys have ever read anything as to what he could be?

What you describe,
Is a Dark Ascended Master.

One who’s overcome lot’s of difficulties,
and lifed a complete life of Magick.

I can’t tell from your describtion,
if he’s alive in Incarnated from,
or outside of our reality,
and visiting you from beyond death.

What i can tell you,
is being guided by him,
means you’re progressing into grounds,
very few ever dare,
to touch.

Great him from yberion,
next time you see him.

You are spot on Lucifer (Bael).

Your vision of a white snake stand out as a highly regarded symbol of purity and knowledge. As a spirit the snake represents energy, transformations and life changes, it is widely believed that this is a sign of coming good fortune. In general, snakes are often seen as a symbol of healing powers, renewal and knowledge.

The white snake morphing into an elderly man wearing black are omens of wisdom, the power to forgive past experiences, life lessons learned. It can suggest that it is time to apply the knowledge gained, and the lessons learned in the past in order to progress in your current spiritual life.

With all these strong symbols the deity is listing a series of spirits are his recommendations to work with and help with your ritual requests. I would suspect the deity is Lord Lucifer (Bael) as he is wearing black and his paleness is a sign of sincerity. He has no eyes as he has his own vision of truth and forecasting information for the future.

Hiya OP! That’s classic ‘dweller on the threshold’ symbology, from his manifestation appearance and time to the fact that he shifted from snake to man to facilitate your comprehension. They’re the quintessential ‘dream guides’ and as a role can be filled by just about anything personally connected to you! Translating him as an ‘undiscriminating reflection of the self-journey’ or ‘vessel of the tale of you’, (eyeless, white, snake) and factoring in the other thread where you talked about a male warning you of ‘her’ while you burned, the distinct impression I get is one of your past lives that comes to help you out. So there might be a pattern here! He could also be a servant of your higher form, in that case.

Sounds to me like papa damballah, a powerful loa.

When the catholics demonized our gods and stole our culture, they based st. Patrick on papa damballah

Knowing their true names gives some influence over them, so if you are important to their agenda or cause, they wont tell you less they risk changing the outcome. Remember they are not bound by time, they know your future and know when to reveal which bits of information

That’s incorrect. St. Patrick is a real individual who lived in the fifth century and converted Pagan Ireland (that asshole).

But when the African tribes converted to Catholicism, they syncreted their tribal gods with already existing saints. Evidently, Papa Damballah was syncreted with St. Patrick.