Where you already attacked that hard in one dream?

I just remembered that when I was around the age of 10 maybe younger I’m not sure anymore, I had a period where I had quite hard nights.
Lemme explain.

In a short time lapse I had 3 occurence of violent attacks while dreaming :

After 10 years the scars only recently started to disapear, but when I put my hand on my back I could feel the relief of the scar wich was a painful reminder of that night.

Did you had similar nights ? Because that’s heck violent IMHO, I wasn’t even in fear it was too horribly painfull, it really was torture.
Also what do you think happened here, why at this young was I attacked that bad, I never knew why I had those three “attacks” in a laps of 2 week.

Every theory is welcome

Probably was to help you learn to control your dreams. Is a very important step and so start with astral travelling and similar shamanic experiences. Best to do in that dream situation is to eat your attackers

I lived in a haunted house as a kid. Had similar dreams, and also a bunch where I was running away from the creatures that would kill me and I would always struggle to open doors, or unable to pull the trigger of a gun like I was paralyzed by fear. I have no idea what haunted that house.

This is the house. A few years ago in that city (Lawrence, MA) like 40 houses blew up from gas lines getting over-pressured in the city. This is a be if the houses it happened to but, suffered practically no damage compared to all the other houses. 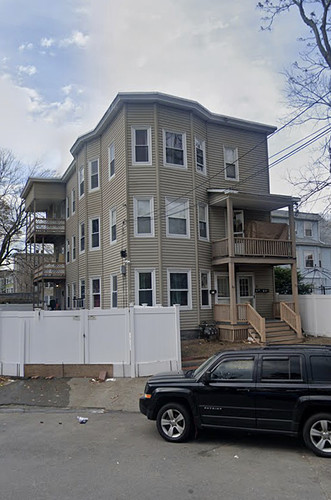 At 10 yo?
Seems a bit young but yeah since then I’ve had better reacyio’ at phenomena like that, later I had a dream where a big dog attacked me, I defended myself with my arm which he bite, I used that fact that he was trying to reap it off to break his neck

Wasn’t a long time after those other occurence I mentioned