Where did Angels come from?

So I know some angels are egregores from the christan paradigm, but; I’ve heard some are also ancient Gods.

So for Raphael and Micheal are they ancient Gods and what system did they come from . Sumerian?

I also am very curious to the origins of Angels.

I pray to Uriel sometimes.
Although I know little about it ,other than it being an Arch Angel.

There is an entire thread here that purports to give the “origin” of angels. Use the search function.

It really depends on what you want to believe though, in my opinion. No one really knows the truth, just like no one really knows where demons come from. There is no one civilization that has a monopoly on being the first to call upon angels. If angels and demons are truly timeless, then they have been around far longer than humans, and the energy behind them only began to take humanoid shape because that is how we choose to perceive them (humans have a natural tendency to anthropomorphize things, in order to better relate to them).

However, in magick, it doesn’t matter. They are powerful, and helpful.

Here are a couple articles you might find interesting re: Michael & Raphael’s pre Judeo-Christian origins: 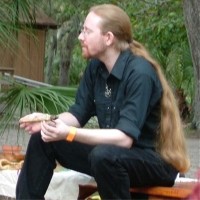 Angel or God – What’s the Difference?

Greetings Theurgists!  (That is, Invokers of Angels and Gods) I’m back from my trip to North Carolina, and getting caught up on my email, forums, blogs, etc, etc.  During the catch-up process…

The Akkadian Origins of the Prince of Angels

St. Michael the Archangel mirroring the pose of his predecessor Reshef.    Summary TL;DR: The Archangel Michael is so ancient that you can trace his name back to around at least 1600 BCE, a thousand years before he is ever mentioned in...

Thank you! Yes I am in search big time.

Honestly I love the fact about Rapheal and Micheal are underworld Gods and how their lighter aspects are the way Judeo-Christans see them.

The whole Hermes - Raphael thing is quite great and I’ll have to test some things out now! Thanks again.

Whenever I’ve dreamt about both angels and demons (i usually see clairvoyant things only in dreams.) It had been in my knowledge that both were made by some great creator of some sort. But that angels could create new angels when needed (from what I have no clue.) And demons just kind of form from humans and fallen angels in some way. Not sure how on either account but thats the knowledge I’ve been given. I also know that the creation of new for both has calmed in the last few hundred or maybe thousand years. I believe both sides arent as fond of overpopulation as humans are.

As in they don’t like their own kind overpopulated or the human race?

From what @Kaya suggests, it’s both.

I get it though; overpopulation can be very difficult to deal with, especially if there are limited resources.

Those were intriguing articles!

Yeah. There’s supposed to be balance in all things. Both angels and demons can respect that. Humans arent as good at it.

Amen to that. Walk neutral is my person path