What is this symbol that EA uses on his Ouija board in the Mastering Divination course?

So in the Ouija board section of EA’s Mastering Divination course, he points out the following symbol that he put on his board: 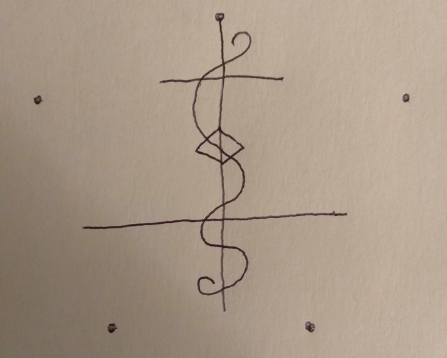 So of course this piqued my curiosity.

It looks like it could be the representation of a snake curling up around a double-armed Leviathan cross (sans the infinity symbol on the bottom), along with the five dots of an upright pentagram. What do you guys think? Is this likely a sigil for specific egregores/servitors that EA’s created, or have you ever seen a similar sigil in a publicly available grimoire (possibly for some kind of infernal current or demonic entities?)

I think it is a personal sigil received by EA from whatever spirits he was working with.

Likely a channeled symbol that acts as a mandala with the board when he trances out so it resonates more with those entities he is working with. I’ve used certain symbols to resonate with specifics planetary and elemental energies in a similar way.

Yeah, I figured it was probably created or channeled by him. I could swear I’ve seen something similar to a serpent twirled around a double-armed cross before, though… maybe from the 182 or 218 current? This is gonna bug me now.

Either way, though, I’m still curious what entities it connects to. Where’s an occult guinea pig, I mean, brave soul willing to experiment when ya need one?

Only similarities my brain tracked was to the caduseus and an inverted patriarchal cross. 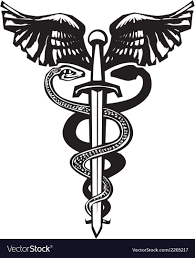 Yeah, the patriarchal cross + an infinity sign makes the Leviathan cross, which is also an alternative alchemical symbol for sulfur:

The Leviathan Cross is sometimes referred to the cross of Satan, which means the "Satans Cross". Depicted on the bottom is an infinity sign (∞), and above is a double cross (‡). The Double cross symbolizes protection and balance between persons. The... 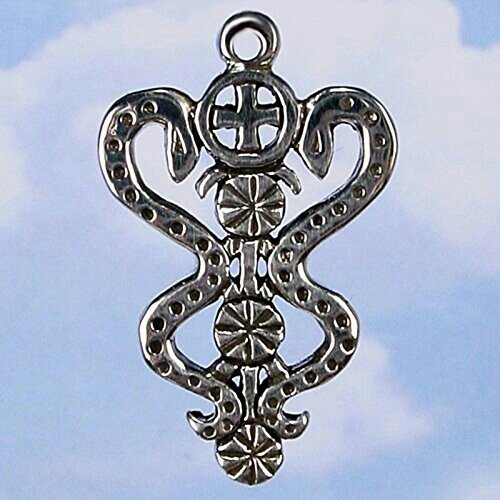 I almost have to wonder if the mention of this sigil is really some sort of sneaky LHP test on EA’s part to differentiate & empower the true rebels who dare to break the rules from those who just unquestioningly listen to authority.

And in local news, what was once a flourishing neighborhood has been turned into a desolate wasteland strewn with smoldering ash and roaming spirits of the dead. Sources are reporting that the epicenter of what is now a gaping abyss was the site of an attempted blind evocation of a sigil that the unfortunate magician was warned not to use. We tried to get in touch with the sorcerer responsible for this tragedy but were unable to ascertain his whereabouts, other than a vague assurance from our Infernal liason that he is currently “being torn limb from limb in the Netherrealm for all of eternity.”

You can use these sigils in any way that you see fit. You know, there’s a line–I think it’s from the grimoire The Necronomicon where it says you have to make sure that you don’t change the sigils or the spells by one dot or one line, otherwise the whole spell is going to turn against you. That’s a blind. That’s a blind built into the grimoire, and really, it’s probably more of a sales hype than it is an actual magickal principle, or even a magickal bind.

Because as soon as you tell somebody that they should never do this, what does that prompt the black magician to do? Lemme toy with this. One way you can get people to do something is to tell them that it’s dangerous to do so, and then not everybody is going to go running that way, but enough are. The brave people are gonna start moving in that direction. The people who maybe don’t care so much about the rules but care more about the results.