How does King paimon looks like? I assume he shows up in different forms, but how did he presented to you?

Please introduce yourself to members, so we can help you achieve your goals according to your previous spiritual experience :

You can also create a separated “introduction” thread if you wish

He mostly shows up as a young man (maybe on a camel) or as a traditional old man, who is very healthy, despite the old age. 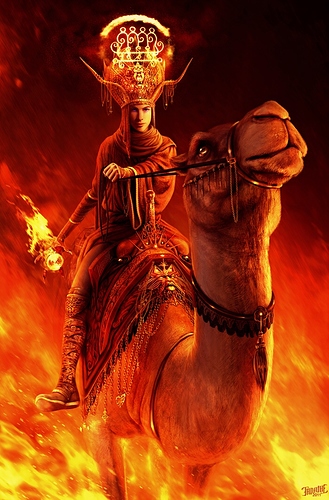 That artwork is beautiful!!

He presented himself to me as a blue man. Kinda like the blue guys off of avatar but just a little different.

This is something I see so many ask. Demons have no form, they can take whichever they please but it’s never best to have a direct image of what a demon looks like through description from another since they might not take on the same form for you and you might just summon the egregore, or weaken shade of the demon. An egregore will have some power but what they love more is being summoned and adored than being tasked a request, though they could but why summon a cheap imitation

He always shows up to me as a strikingly handsome young man, tall, thin, tanned with a smooth voice.

I saw Him at the end of my bed very early on in my journey. He was tall (not abnormally tall), wearing a black hooded cloak, but I couldn’t see His face, holding something and pacing back and forth a little.

@AtlantisFrequency, I love that picture. I’ve tried to find if Vesner ever created images of any other Goetia other than Paimon and Andras but could only find those 2. Have you found any others?

To the original OP, it’s true, spirits can take on many forms and may appear to you differently than how he’s appeared to others.

First time I’ve met king Paimon was in vision trance. He had a very genuine smile, handsome man in his 40s, slight stubble mustache on his face. Looked very Persian and was traveling on a camel with many packed scrolls and items. He looked more like a sciencey traveler. That same day we made a pack. .

Wondered whether I should reply or not. Opened Pinterest. The very first image was this, so I took that as a yes: 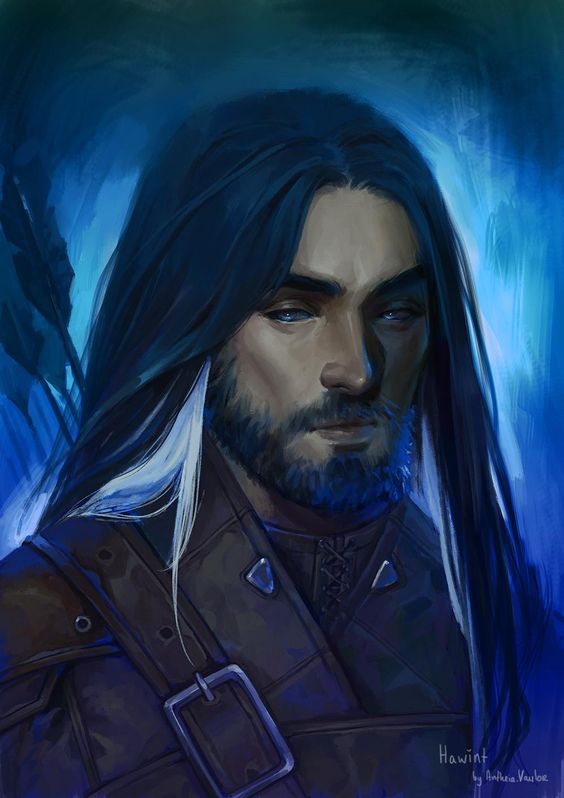 No (or less) beard, all black hair, but otherwise pretty accurate. I agree with the statement that He appears in different ways to different people. Other spirits do, as well.

This is what he looked like to me. Same style hat, young handsome face, cool af

He appeared to me as an older man, in his 50s, wearing a long dark cloak that felt rich and luxurious. He has a powerful, commanding, and confident presence, which is seen in the way he carries himself. He looked and felt like a king.

Im guessing you are referring to his deviant art channel, then no. Those are the only 2 I’ve ever come across.

Edit : Jim Pavelec of arsgoetia .net has some interesting depictions of Goetic spirits.

Oh cool. I’ll check those out. I was referring to the DeviantArt guy. He seems to be an artist who works for the company that makes the Witcher and Cyberpunk2077 games. His art style is incredible! I’d love to see his interpretation of all 72 demons.

An older middle-eastern or hispanic looking white-bearded gentleman with a business suit on. Or, a younger version with a turban and his traditional dress. I’ve posted this in another thread.

Evoking king Paimon did i do it right? New Magician Help & Introductions

Actually, King Paimon sort of chose me. King Paimon Chose Me (I Think) I was actually trying to contact Azazel. Since then, King Paimon has come to me in my dreams as a well-dressed businessman wearing a large diamond ring on his left hand. If you’ve seen the beer commercials with the older gentleman that says, “Stay thirsty, my friends.” Except, he’s wearing a tie and is clean shaven with no beard and mustache. Of course, that’s how I envision him. Don’t depend on descriptions in that old m…

I had a dream of King Paimon last June 2019 and in my dream he appeared as a young man dressed in royal clothing wearing a crown and riding his dromedary. The dream was very beautiful and I remember every bit of it and in the dream I ran up to him and he stopped his dromedary, held out his hand and I took it for some weird reason and it just ended there. Behind him I saw his legions of spirits, tbh it was the best dream I had and I also picture him having black hair too.

I usually hadn’t seen him, but there were a few times where I had pushed the connection that far. Those few times he’d appeared the same. I would describe him in general as having taken a fairly ugly form; having had this thick, dark-brownish and leathery looking skin all over his body. On his head, above his leering, demonic looking face with jagged teeth was this gigantic, almost ludicrously sized intricate looking crown laced through with pearls and gems. His arms were notably lanky and long enough to be by shin height; ending in clawed and equally lanky hands. He seemed to grin and constantly sway back and forth in a rhythm, giving off an almost serpentine vibe in doing so. The general vibe was of openness toward being approached but also one of extreme power being carried with a sinister smirk throughout.

He appears in weird or scary forms sometimes, and chooses every appearance for a reason.