What demon does 777 related to?

Hey guys … I need your help…

As you all know
666 is related to sorath and Satan
Many demons have their own numbers through which they symbolize, communicate…

Thanks guys for the help

777 is usually associated with heaven and god, specifically the trinity

It represents the Lightning Flash of Illumination. 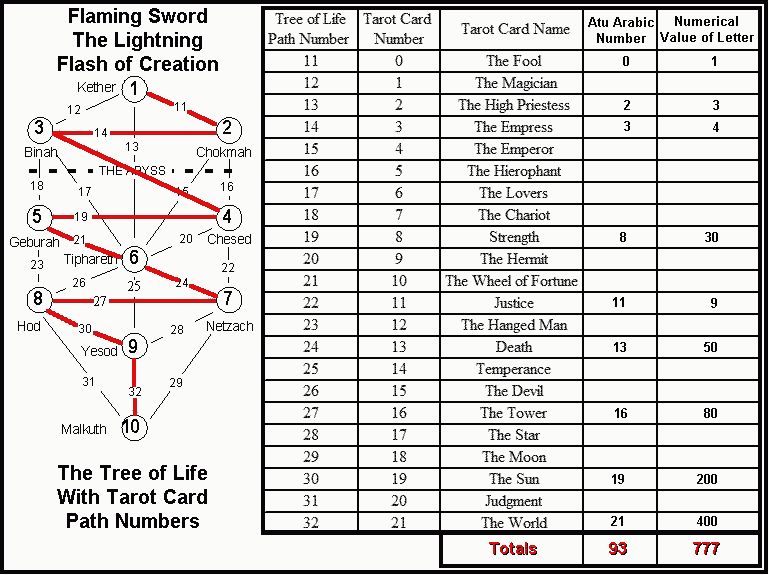 Now it is wrong to say that this idea of the unity of the divine spirit is identical with this idea of the muddle of chaos—unless in that exalted grade in which “the One is the Many.” But the compiler of Liber 777 was a great Qabalist when he thus entitled his book; for he meant to imply, “One is the Spirit of the Living God,” i.e. I have in this book unified all the diverse symbols of the world; and also, “the world of shells,” i.e. this book is full of mere dead symbols; do not mistake them for the living Truth. Further, he had an academic reason for his choice of a number; for the tabulation of the book is from Kether to Malkuth, the course of the Flaming Sword; and if this sword be drawn upon the Tree of Life, the numeration of the Paths over which it passes (taking ג , 3, as the non-existent path from Binah to Chesed, since it connects Macroprosopus and Microprosopus) is 777.

–Aleister Crowley, The Temple of Solomon the King from The Equinox Vol. I. No. 5

Guys… I’m just a beginner in this path… I just don’t understand like you all …
So , what are you implying me seeing 777 means or does it relate to any specific demon or anything else ?

7 is a number of perfection, so that could be a hint

Numbers are not demonic symbols, sometimes bound together by varients of three in some cases send messages to practioners regarding strengths and weaknesses, and also as warnings. Numbers have both an angelic and demonic code that resonates with each interupatation but are not assigned to a specific deity.

As far as I know, 777 has a generally positive connotation regardless of entity. It is the number of perfection or wholeness.

I also see it everyday

I also see the numbers 111,1111 and 444 in a ridiculous amount still trying to properly figure out what they mean exactly.