What are the origins of your usernames?

Mine is actually the name of Nero’s great grand uncle, Tiberius Cladius Nero who had some characteristics I find admirable. He was considered one of the best Roman generals, the Senate had to essentially threaten him in order to take on the title of emperor, he leaned more to dealing with disputes outside of Rome with diplomacy more than military force (and was apparently very crafty with his words), and secured more wealth for the empire than previous emperors by avoiding costly campaigns. Unfortunately, it was spent after his death almost immediately and he was denied burial within the halls of beloved emperors as he withdrew himself from politics after his son died in warfare, leading to the steady down spiral of the Roman empire. His goals back then are similiar to my own now and having the name as my username helps to remind me to stay focused

That’s cool. I’d state which, but would dox myself.

A mix of two names that relate to my soul/true self in a way.

I am obsessed with no 3 so “triplex” and, I like to show other people way as a torch/flash light so “Mico”(Latin word for flash)

There is an awesome black metal album by The Great Old Ones called “Al Azif”, but I took this name from the very origin of their inspiration.
LoL
I’m vague-posting because I am the devil in your ear tempting you to uncover the mysteries. Will you retain your sanity? Muah ha ha!

That took me way longer to get it than it should have. But I get it now! 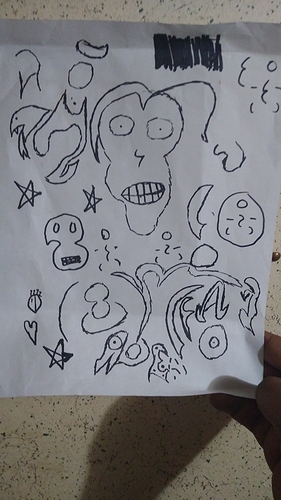 For a period of time in my life I would travel from place to place around the U.S. and just experience the surroundings.

Till I took an arrow to the knee.

Lol sorry I had too. (Nod to Skyrim)

The arrow to my knee was just crawling all over, fell, and bumped his little head on a table I used to use for an altar. He cried for just a minute, but I held him a bit, and now he’s back to his shenanigans lol

Sorry to hear that.

I wanted a username that was deep
Ba-dum tsssssss

I got mine through a guided meditation, and the name kinda just resonates with me.

Dogs are the best animals

I got my name from random;y inserting letters in google