We Need to Become a Type I-Civilization or Face Extinction

Unless we as a human race evolve to a Global Unified, Type I Civilization or we will be extinct.

We have reached a turning point in society. According to renowned theoretical physicist Michio Kaku, the next 100 years of science will determine whether w

I do not know, never watched it. When you said the words “Global Unified” it made me think of Communism.

Yuck. Globalism. We need to be more anarchistic or libertarian if we want to survive. Otherwise the dickheads in power will blow us all to smithereens.

A Type I designation is a given to species who have been able to harness all the energy that is available from a neighboring star, gathering and storing it to meet the energy demands of a growing population… However, being able to harness all Earth’s energy would also mean that we could have control over all natural forces. Human beings could control volcanoes, the weather, and even earthquakes! (At least, that is the idea.)

Who decides who the “we” is who gets to do this?

Because that would be Allahu Snackbar de luxe if it was available to everyone, look what some cunts are doing with (previously, perfectly harmless) trucks!

Religious people are so sure their reward lies in heaven…

I was not trying to be political.

In terms of ascent, we as human beings should all try to evolve or we will all perish. How we do it? I don’t care. We just need to.

Ashes to ashes. Dust to dust. I will leave this mortal realm when my time comes and I will return to being pure energy again.

Save yourselves. Fk saving the world. Let the capitalists have their communism, anarchism or what-the-fk-ever!

I was not trying to be political.

Very sadly, any mix of humans power = politics, but I think a thing like this if it happened would draw people into 2 camps - the nihilists, who want it all to END, so they kill themselves and others at the slightest excuse, and the optimists, who want a better world.

The thing with optimists is, most believe everyone must really be a bit like them deep down inside, and want a nice life and decent future, so the nihilists tend to be able to fuck them up because they literally don’t care about the pirce.

All the optimists end up left with is the psychopaths who (like the immortal scene with Spike, Buffy Series 2) don’t give much of a fuck for morals, but rather like the world as place to have fun.

But yeah, colossal power + humans, that IS politics, though agreed not always of the conventional party-affiliation kind.

I have heard the same things in my divinations

I think it will take an Optimistic Psychopath with a Big Vision to evolve the world.

Luckily, you already have me.

Oooh I love you more now😋

How come an “Are You Being Served?” Episode comes to mind when I think of you, @Lady_Eva?

How come an “Are You Being Served?” Episode comes to mind when I think of you, @Lady_Eva?

I have no idea, is it my post-election temporary avatar perchance? 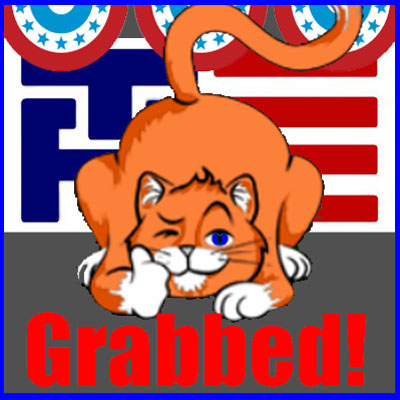 I just had to add something here, now the guy is a theoretical physicist. Now I bet he is smart but an entomologist can tell you everything you want to know about beetles but could he tell you John Lennon’s birthday? Probably not without Google. But a music trivia expert could tell you no problem. Now when a theoretical physicist tries to tell me about society I acknowledge that he has a brain but that doesn’t make him an expert in sociology or human nature or any of the topics that actually would actually help one accurately predict the behavior and potential behavior of human society.
What the author, in all his godlike genius forgets to include are things like human beings being replaced by robots and being out of work. Not to mention producers of products no longer having clientele due to the fact that everyone fired their employees and replaced them with robots and without an income to spend on product the robots will be making nothing. The world can’t progress to that kind of civilization because the worlds corporations are in a race to the bottom and they will be pulling everything down with them including us and any kind of space program.

What the author, in all his godlike genius forgets to include are things like human beings being replaced by robots and being out of work. Not to mention producers of products no longer having clientele due to the fact that everyone fired their employees and replaced them with robots and without an income to spend on product the robots will be making nothing.

Fuck, that is a very good point - that society for a long period has relied upon giving people money to do things they otherwise wouldn’t have wanted to do, and the cycle continuing as those wages are spent in shops on produce from farms.

Take that away entirely, and you are left with a populace hypothetically getting their “universal basic income” which is now being bandied about, but really, a mass of humans as domestic pets, of those in control of the stream of income and products.

We’re going to have to fix this shit, aren’t we - being the responsible adults in the room, I mean.

If not in this lifetime, then the next.

AdamThoth… you are Too Smart and know too Much =p