Does anyone know if there is a way to use void of course to your advantage ? and how it would be?

When the moon is void of course it is not aspected to any other planet: this traditionally has been understood to have a malefic influence and is a period during which human judgement prone to error. Any malefic working, particularly those targetting decision making will be enhanced during the void of course moon : particularly if the moon is also waning.

In what sense of the word? There’s the elements energy, that space between “existence” the state of meditation, etc

I will expose this consideration, since there are several exhibitions in the different esoteric currents, everything will depend on the way of work of the one who performs the magic:
Coordination is everything and doing something at the wrong time can totally ruin your work. The universe works for you or against you. Knowing this fact can help you amplify your power. The so-called null ongoing moon occurs more or less every two days. It is the period in which the moon ends its last aspect in relation to any other planet, before entering the next sign.!
Normally, it is a period that lasts a few hours, unless
All other planets are in early grades.
The important thing is to know that WHEN A WORK BEGINS
DURING THE NULL CURRENT MOON PHASE, THE WORK DOES NOT
IT WILL WORK.!
Projects that are initiated during the null ongoing moon may never be completed or will be affected to achieve their conclusion. Crimes committed during this period are rarely brought to justice. In many cases, this is the time to “get away with it”.
Apply for a job or go to an interview during the null ongoing moon and now you can forget that you are hired. The plans made during this phase are altered.
The clothes you buy may not fit you well or not
never put!
If you can think of lending money during this phase, you will most likely never be paid. This is the period when the universe is full of gaps. The golden rule is “what begins during this period seldom manages to materialize.”
It is NOT time to do because they will not work. They will not be
effective. There are many yearbooks where you can get information about the period of the moon in progress null.!
The Llewellyn book about moon signs is published every year and
It contains this information. It can be bought in many places and it is very cheap. The Ephemeris also contain this information, for those who know how to read the Ephemeris.
The Moon has a very important responsibility, its movement keeps the rotation of the earth’s core active, creating the magnetic field that protects us from the sun’s radiation, allowing life on Earth. She handles the tides and many other natural cycles, astrologically affects the behavior of the masses.
In astrological studies it is determined that the way the moon affects our emotions and rhythms, depends on the zodiac sign in which it is at the moment, for example: a moon in Taurus drives us in the search for stability, in cancer awakens protection by the family, while in Scorpio triggers passions already if successively.
On the other hand, as I mentioned before, in its journey through the ecliptic plane of our skies, the Moon changes sign approximately every two days. It may happen, that in the transition between a sign of the zodiac and the next, the Moon briefly encounters an “empty space” a time in which it does not receive a definite purpose and its influence on us diminishes until it becomes almost imperceptible. In astronomical knowledge it is established that every time the moon passes through this period it enters a kind of “energy limbo” it is from there and due to this, it does not accompany in the magical works. Its effect is very varied, and due to scientific / astronomical probability it causes a sensation of loss of attention or blur, increases in traffic accidents are noticed and conversations tend to divert to inconclusive points, decisions made with Moon Off Course not They bear fruit, they do not germinate, they do not progress.
In events of significant importance in humanity, very palpable cases are recorded. For example, the Titanic sailed for the first time on April 10, 1912 with the Moon Out of Course. During the Moon Out of Course period of September 11, the lack of attention to radar and oversight in the United States defense perimeter allowed the Twin Towers incident. For dozens of times it has been heard that Nancy Reagan had an astrologer in the white house, who squared all the negative announcements in off-course periods, so news that would normally generate global impact, were quickly forgotten by the collective.

In the analyst mind under this knowledge, the use of the Moon Out of Course in the planning of activities is extremely powerful, I enter the lunar route schedule, to follow it when it is out of course every two days … a hug! 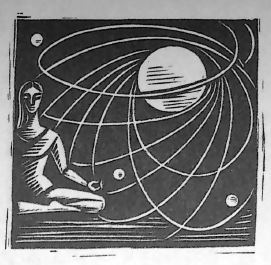