First some backround info:
One of my dear friends presumably got cursed when he was 18. The woman who cursed him later begged for forgivness, but it was too late. Her own son died in a car crash and my friend was diagnosed with cancer and muscle atrophy. The cancer was healed but the atrophy is still present. And in fact he is doing quite well. Doctors said he will be riding a wheelchair but 10 years later he still walks. I should also mention that he has an ability to see spirits and stuff but he has no interest in occult.

Now me an his wife are very into this kind of stuff. A week ago I started doing this thing were each evening before bed I would place a glass of water next to my bed and in the morning I would flush that water down the toilet. This helped to make my husband calmer. So I suggested this to my friend. Now here is were all the ‘fun’ begins.

This night the cursed friend told that at night something came to him. An entity. The entity told him to stop trying to get ‘it’ out. Friend tried to wake his wife but the entity dropped a net on her and called her a nasty creature and other evil names. Entity also said that it’s presence in cursed friends body is the only reason he still walks and if ‘it’ leaves he will die. ‘it’ also showed him a symbol. A rams head turned sideways in a coin or a circle with roots comming from the bottom.

Also the wife had a ‘plesure’ to talk with that entity a few nights aho while it was speaking through her husband. He ridiculed her sigils saying they were all wrong and drew his own on the paper. As I mentioned the cursed friend doesn’t have either an interest or Any occult knowledge. When wife later asked him what is a sigil he had no clue.

My questions would be:

Any info will Help.

Here is the sigils that entity drew.

It has something to do with Ra
The pyramid shape and the target symbol. 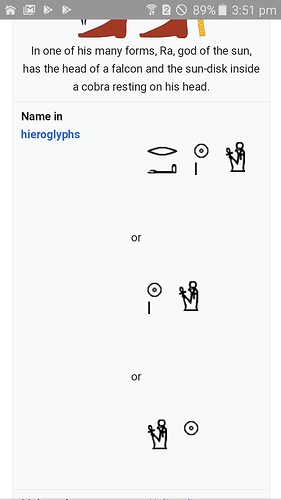 Thank you. This really helps to shed some light onto this matter.