Not just Chumbley, but also with Mark Alan Smith’s work Queen of Hell in the Trident Trilogy, is there a substitution for the Toad Bone Rite, considering that I do not have any access to Blackthorn Brush considering where I live? I get driven crazy by rites which require elements in certain regions of world. I am used to substituting things on a regular basis, but does anyone have any suggestions, directions or substitutions?

You can even omit it if you feel comfortable doing that: beliefs drive magick not the ingredients.
However, if you want to feel more ritualistically “correct”, then what you must do is find a symbolic substitute, i.e. another item with a similar correspondence/meaning.

Pretty sure any thorny bush should do (I’d use hawthorn where I’m at).

I will definitely take both into consideration. Thank you.

Pretty sure any thorny bush should do (I’d use hawthorn where I’m at).

Another solution is to astral project and obtain whatever requirements you need there that you can’t obtain here. Astral ritual is more common than you might think.

The Toad bone rite is one of several regional variations of dedication to witchcraft. Here is a simple alternative to the toad bone rite from the Orkney Isles that accomplishes the same purpose.

Every year, during the month of Tammuz, I like to do a ritual to commemorate my initiation into witchcraft. I try to do a traditional rite that has been used in the British Isle’s that dedicates one to the crooked path. This year I performed the Orkney Witch’s charm. For this I took the ferry to orkney and performed it during July’s full moon and lunar eclipse on an isolated beach just south of Stromness on the Orkney Mainland. One could see the hills of the neighbouring isle of Hoy in the distance. It just so happened that the site was near an old churchyard. Pictures of the site are below. 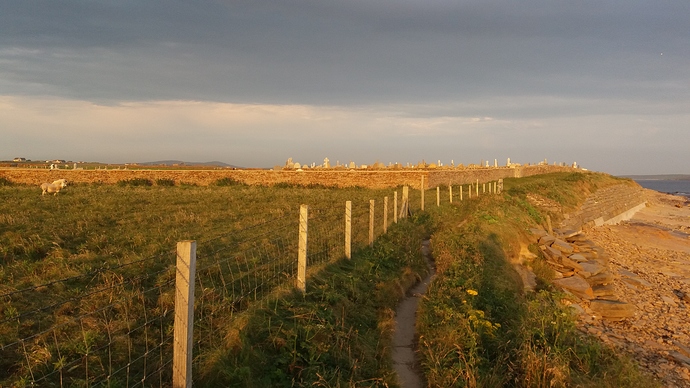 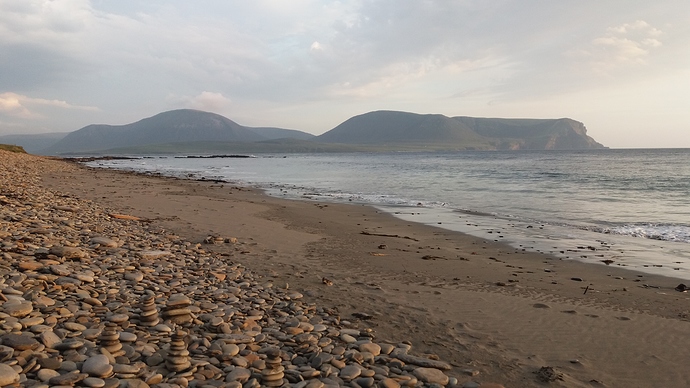 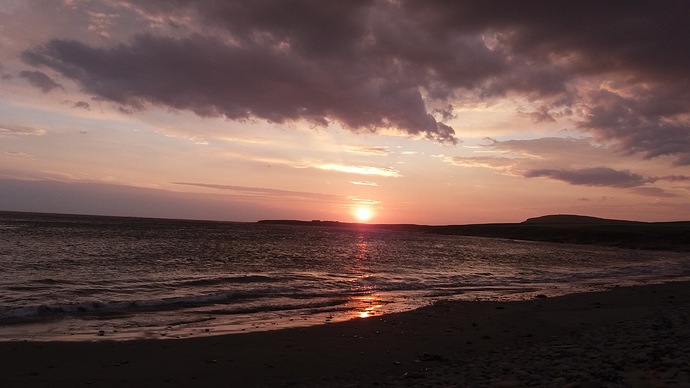 The charm dedicates one to the Devil and is performed by going to the Ebb of the tide (the area between high and low tide, which according to Orkney folk lore belongs to the Devil and the Trows (the “good neighbours” of the Orkney and Shetland Isles) on the night of the full moon.

One then spins around Widdershins three times, lies down on the area of the Ebb and places a stone; two at each outstretched hand, two at the feet, one at the head (thus forming a pentagram), one on the heart and one on the chest cavity (seven stones in all). One then needs to recite the following in Orcadian dialect aloud. I strongly recommend that the chant be memorised before hand as it’s awfully difficult trying to read from a piece of A4 in strong winds, in the dark while trying to lie in a pentagram position.

An English translation for this is as follows.

“O Master King of all that’s ill,
Come fill me with the Witches’ Skill,
And I shall serve with all my will.
Devil take me if I sin!
Devil take me if I fly!
Devil take me when I cannot!
Come take me now, and take me all,
Take lungs and liver, organs and feet,
Take me, take me, now I say!
From the brow of the head, to the tip of the toe.
Take all that’s out and in of me.
Take hair and hide and all to thee.
Take heart and brains, flesh, blood and bones,
Take all between the seven stones!
In the name of the great dark Witch!”

I obtained this English translation from the following website;

However, keep in mind that there are some glaring inaccuracies that reflect the author’s neo-pagan biases. For example, the original Orcadian dialect, the word “ Wallowa ” does not mean "“great dark witch”, it simply means “Devil”.

After reciting the chant, one meditates for a while and then throws each stone into the sea, one at a time, each time crying out “Trow take me with each throw!” (Trow, in this context, is another Orcadian word for “Devil”, in other contexts it is a generic word used to describe the “Good Neighbours” of Orcadian folklore.

This then completes the charm. The practitioner is then advised to walk away in silence and not look back.

It’s interesting to note that when I performed the charm last Summer, a seal popped up its head in the waved as I was just about to begin; the seal being representative of the Selkie folk of Orcadian folklore; perhaps the “Good Neighbours” were showing an interest.

After the completion of this rite, I felt an immense in rush of wild energy; the energy of the Devil which was mirrored by events in the surrounding environment. As I was walking back to Stromness a huge thunderstorm broke overhead which was unusual as much of Scotland at that point had been experiencing a drought for two months. It was as if all of nature had been turned upside down.

If the practitioner has performing this rite in mind, can I add a last word of caution; the powers unleashed are very real and they will indeed set your feet upon the “crooked path”.