How it all started.

This morning i awoke from sleep coughing, shaking and back and forth to the toilet the coughing was so severe i coughed up blood from my throat straining from a mixture of Alcohol, Clubbing, Smoking and the flu.

I went back and forth to bed and the bathroom around 8.00am, i began boiling from inside my body my head started spinning in dizziness and vertigo and i entered a weird sort of trance while lying on the bed before entering sleep.

I was in a dream i was in some type of hell, one which i have never saw before, there was something in the distance which i couldn’t fully see, i heard a strange language being spoken i came to the understanding it was welsh, you see i am welsh myself but i don’t speak it fluently.

I saw The Dark God Arawn from the old Celtic welsh pantheon, i never go to do a Celtic welsh path working and i don’t know why, it’s my heritage and a part of who i am i understood that the gods were knocking on the door and you don’t ignore a god.

He told me " The Gods Of my world shall rise again we are returning ".

So The Welsh Celtic Gods are returning to our world, so i looked into this god as my ancestors and country see him as one of the dark gods of the welsh pantheon.

Information - Arawn controls all the power of life and death of the worshippers of the welsh celtic pantheon. He is one of the few evil powers of the Celtic Pantheon, but truly isn’t all that evil. He feels that evil is necessary to allow growth and initiate movement, and he simply does his job.

He had many celtic sorcerers and worshippers, that summoned him and did rites in his name and he teaches and bestows power for death magick, necromancy, as well as war magick. Arawn also gives dark and hellish power and knowledge to thos brave enough to work with him.

As the lore goes Arawn would test the practioner in very intense and dark ways to see if he’s worthy, he would tell you to fight against spirits in war and when your all prepared he would rise up the souls of the dead and make you face your loved ones to install confusion.

Your ancestors, Children, Lovers and family would fight and try and kill you in Arawn’s honor as it is more horrifying to fight your dead father more than a normal dead spirit.

In Welsh folklore, Arawn rides with his white, red-eared hounds (the Hounds of Annwn) - ( Hell Hounds ) through the skies in autumn, winter, and early spring.

The baying of the hounds is identified with the crying of wild geese as they migrate and the quarry of the hounds are the wandering Otherworld spirits (possibly fairies), being chased back to Annwn.

Later the relevant mythology was altered to describe the “capturing of human souls and the chasing of damned souls to Annwn”; Annwn was revised in some variants of Welsh mythology and described as being “Hell”.

There is a lot written and passed down through generation’s of welsh druids, shamans, tribes and a lot of it you can find online, the welsh mytholgy is full with a lot of complex tales and mythological stories. Even the trickster god Gwydion is a form and mask for the norse god Loki, which is quite interesting.

These are some of his forms as I’ve heard from stories at a young age and even now. 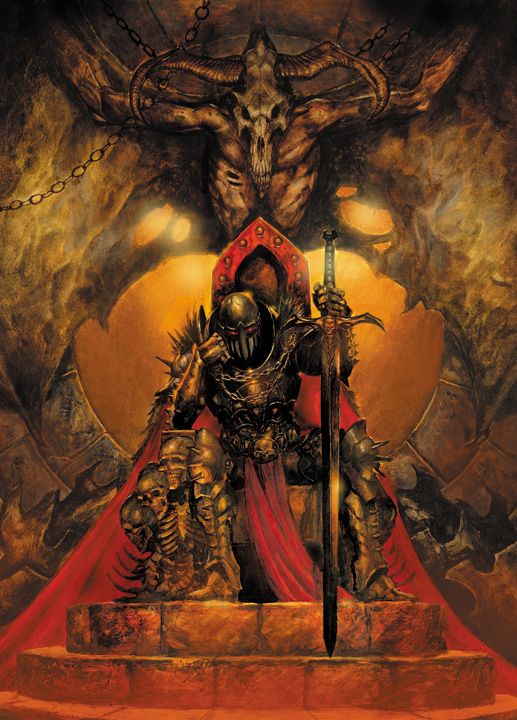 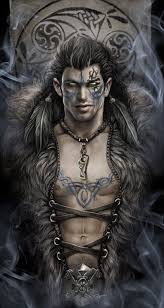 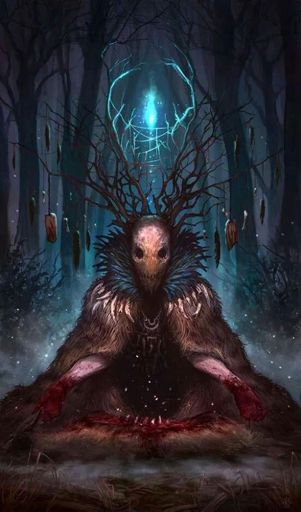 It seem’s like something is happening with the old welsh gods, their back every fiber of my soul and my internal godself can feel it, i have this to look into and connect with the family magick and to write the rest of the infernal saga’s.

But i’ll be summoning on the Dark One himself …

With all due respect, shouldn’t you take a visit to the NHS first? Coughing up blood indicates internal bleeding. Unless of course you’d prefer to visit Annwn in a more immediate way.

I believe the blood is from straining the throat from continuous coughing.

@C.Kendall … I have to say two things…
1 Congratulations - way to go!
2. I’m jealous, I have to admit, I’ve wanted to have this sort of experience with numerous Celtic Deities, I guess acxtually making contact and evoking is a first good step.

@C.Kendall, what items are necessary, for a successful invocation of Arawn? Any particular direction, color, incense, candle color, etc?
Funny … heard geese and wolves a couple nights ago.

Arawn seems to have gotten his attention through blood. Given the nature of Arawn, blood would seem to be essential for a successful evocation. Also, perhaps fetishes created out of the animals sacred to Arawn; the pig (in the Mabinogion; a gift from Arawn to Pryderi), geese, the roe - buck and the dog. All of these could potentially act as an offering / sigil substitute).

Incidently; perhaps it is no co-incidence that the pig would prove to be important here; the sacrifice of pigs to the underworld was an important component in the initiation of candidates of the Eleusinian rites.

As for timing; Arawn and his dogs seemed heavily tied into the symbolism of the wild hunt; which traditionally occurred during Christmastide.

As for location; perhaps any of the known British gates to the Underworld; at this point I can think only of Galstonbury Tor; which is sacred to Gwyn ap Nudd; a later incarnation of Arawn.

As for direction of the altar; the mythology of Arawn is clearly tied up with the mythology of the Devil in witchcraft and british folklore (particularly Scotland and Cornwall) through the wild hunt motif. In Witchcraft, the Devil takes his place in the North based upon the text of Isaiah 14; " How art thou fallen from heaven, O Lucifer, son of the morning! how art thou cut down to the ground, which didst weaken the nations! For thou hast said in thine heart, I will ascend into heaven, I will exalt my throne above the stars of God: I will sit also upon the mount of the congregation, in the sides of the north: I will ascend above the heights of the clouds; I will be like the most High."

Hope the above sketching helps.

One word of warning; in the Mabinogion, Arawn places a great importance in honour and personal integrity; after body switching with Pwyll, Pwyll spends a year and a day in Annwn but does not touch Arawn’s wife. This earns him Arawn’s friendship. The lesson being that the sorcerer should do his utmost to honour any pact made with Arawn.

I agree it’s the Celtic honor of always keeping your word and honoring a promise with the fellow men and holding a promise to your gods.

As for location; perhaps this could be broadened to places not specifically connected with the Arawn / Gwyn ap Nudd mythology yet places still functioning as portals to the underworld. Cornwall, Scotland, Wales and Ireland are full of such places. In Cornwall any Quoit or Fogou would fulfill that function. The Eildon Hills on the Scottish borders and Skara Brae up in Orkney, the Downie Hills in the North East of Scotland (where Isobel Gowdie had concourse with the Good Neighbours) any Fairy Fort in Ireland and (of course) Newgrange. Any places where the ancestors were traditionally entombed and reverenced (including Christian Churchyards - a great one for witches). If you broaden the scope beyond the original mythology the possibilities are almost endless.

I’ve always been interested in the Celtic gods but I haven’t gotten into contact with them. I have a little Celtic blood and would love to one day connect with these gods. Thanks for sharing!

Math ap Mathonwy made a pact with Arawn
Arawn is more like Hades or lucifer?