The road so far! My dedication & initiation, and the days since

On Walpurgisnacht I celebrated my self-initiation and dedication into demonic magick, the LHP, and studying demonolatry.
I washed off the Catholic baptism I had never wanted, willingly broke the bonds with YHWH and JCI beliefs.
Whew!!! Honestly, this self initiation is the best thing I’ve done. I feel at home.

A few days later I ended up doing a similar though less deep initiation into angelic magick. I already work with angels and love them, but i wanted to step away from spirituality/healing and into working with them magickally. I’m not surprised because I have a very natural attraction to both angels and demons, and so far seem to work well with both.

In the days working up the the first initiation I felt called to Belial and Leviathan, but not much since then! I loved researching them and connecting with them and I’m sure I will more in the future. I still genuinely feel connected to Belial but I’m not sure how and I’m giving it time.

I’ve had a lot of unique dreams since the initiation and dedication. I adore Lucifer so very much, and he really cleared some things up for me (he was masking as Apollo until I was ready to start this path).

Dantalion came to me in a dream. I had to fight a woman who tried to choke me, and as I grabbed her neck into a chokehold she finally stopped. As we stood facing each other in the park pavilion, she reached out her hands to mine and her head fell back. We both started to speak at once, kind of stuttering until the knowing came and at once we both nearly spat out “Dantalion!” So I’m excited to look into the Grand Duke.

My reading from V.K. is still resonating beautifully. I am looking forward to spending a day focused on Lilith’s energy in a more devotional way. If anyone has tips on connecting to Beelzebub (my patron) I will gladly take them! I feel that we are connecting and the work I’ve done is helping, but it’s kind of like I’m missing something. Like I’m just slightly to the left of where he is and need to realign lol.

I know these pictures suck, but i was so happy!! Raccoon eyes are because I took a ritual shower prior to this evening part of the work, but my mascara really hung on smh. 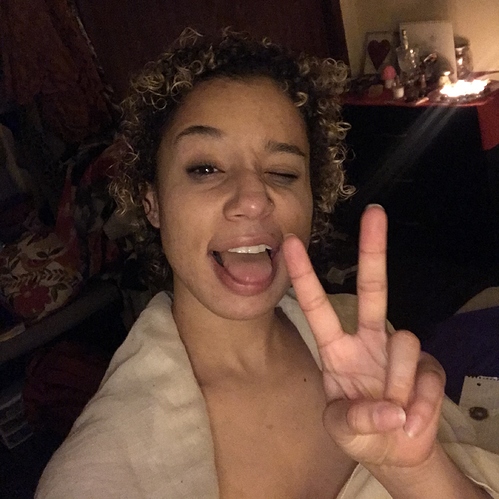 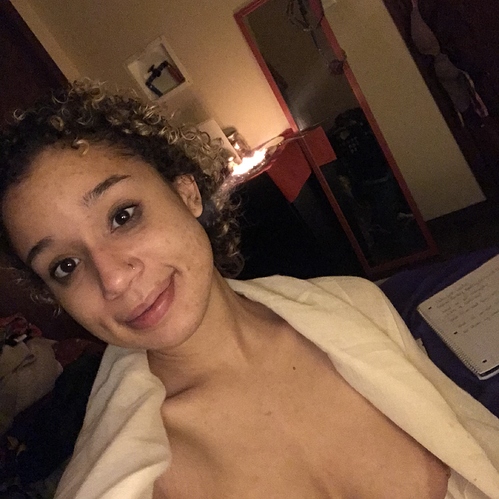 that some great energy resonating off of you, you seam to be positively glowing. I wish you blessing on your journey of self discovery.

Thank you so much!!

Whew! It’s been about a week…and I am feeling so much.
There were three crazy days of clearing out a wild amount of old shit (it was like basically reliving all of my emotional and sexual trauma for a deeep reckoning and clearing). I was finally able to start feeling normal two days ago lol.
I had a couple experiences with Grand Duke Dantalion, which I will save for another post at the Duke’a request. He seems to be popping up on the forum a lot, and we’ve agreed to a rather extended period of work and study together.
Beelzebub, my Patron (who I now have a sufficient connection with, in His words) claimed Sunday as our working day. Yesterday was the first time i clearly felt his energy and it was unreal! I was beginning to write out a ritual of claiming my name, and he just burst through sort of.
Ereshkigal came through very clearly for a moment when I was calling on my anunnaki heritage as well.

My current little family keeps growing. I’ve always had a lot of spirits around, but this is unreal!
Lucifer is always with me, as is Beelzebub. Lilith is always with me because she is a part of me (maybe also for another post!). Cassiel is always watching from afar, and Michael is always around.

That’s all for now!

Heartiest congrats on your successful initiation into LHP and work with the daemonic divine. I wish you all the very best dear

I feel a lot of energetic cleansing has happened. That’s what I sensed and felt. All the best

Thank you so much!! I love reading your posts! I truly feel cleansed and accepted after my ritual.

I look forward to updating this more!

Thanks dear…for motivating me to bring you people more posts… I would surely do so…right now working on myself and the new transformation happening. There are atleast three posts I want to make. Just waiting for the right time.

Sure keep updating your spiritual experiences as it motivates others. All the best

I look forward to reading them!!

Short update!!! So much info flooding my mind lol. In my journal to Luce & Bel I mentioned the parasites and the pure blurred and funky feelings I had. Low energy and poor mood, mental clarity. Lack of trust in myself and abilities.

Beelzebub/Belial (for now I am instructed to consider them as the same entity) and Lucifer sent parasites.
Well, Lucifuge did.
Lucifer has presented to me in a sort of three-fold way. Lucifer, Lucifuge Rofocale (who I understood may be entirely His own entity, an aspect of Lucifer or what have you), and Amaymon.
It comes to me like Lucifuge Rofocale needs to know I can handle my shit and am worthy of the lessons I’ll be given. Amaymon feels like a beast to me, capable of sheer unbelievable destruction. He asks if I can love a beast. Lucifer says that if I am to love the Fall, I have to understand it beyond even my own experiences of falling/death/rising. If I am to genuinely help people willingly reach and ritualize their breaking point as a spiritual experience i have to be willing to understand even more fully what brings them to it.
Beelzebub/Belial wants me to fortify myself and my mind. To know the depths that I hadn’t even allowed it to reach, so that I can know with certainty that greater heights are attainable.
I asked so long ago to reach the greatest depths possible in this lifetime. To be able to bring back information that can be of use to other explorers when it’s time for them.
I believe my request is being granted, and I am stunned at the weight of the response.

So I had been asking my guides for some help with connecting even better, and was led to Asmodai.

Toward the middle of March he and Michael came to me, and to be honest I had completely forgotten!! I was meditating and beginning to leave my body. I remember because I hadn’t done it in a while, and Kali Ma had reminded me that i need to practice.
I called Asmodeus and Michael to cover my body. When I ended my meditation I was incredibly confused because I hadn’t ever thought of Asmodeus! I knew his name vaguely from Raphael research.

Since I last checked in, i feel like so much has happened.

After a lot of work with Naamah, Eisheth, Agrat, and Lilith I was basically given the chance to reclaim the priestesshood I left behind in the past life that keeping being relevant now. I agreed to serve as a priestess to the Dark Goddess/Primordial Goddess here on earth, so long as I could continue doing so my own way as I always have. I was married (sort of?) to Samael, almost as if to consecrate me to carrying his energy at important times. Before I was on this forum I also married Death itself in ritual, so I am quite comfortable with this lol. I will write more about that work in a different post.
After all of that, and creating a series of things to work on and create with the lovely and powerful demonesses, I began to get back to other things.
They basically prepared me to work more with the other emanations of the Goddess, so that I can become my whole self and better understand how to express this energy. Kali Ma, Sekhmet, and Lilith seem to be always with me.
I’ve been tuning in to my Arcturian heritage and even tho it’s slow going I can actually tell that connection is being made.
The Annunaki is what really gets me! The more I lean into it the more i feel like I don’t understand it lol. Beelzebub/Ba’el has come to me as my patron demon, but i really need to meditate on it all more. Beel basically helped me understand to this point: I may consider him and Enlil as the same being. Belial is, it seems, also this being or so very closely related I can’t tell. The past life I briefly mentioned above somehow ties into all of this also. I was from his region, and of his people, in that earth life. But I also somehow have Annunaki dna from prior to that. So it’s like a dual tie to him. It helps explain my whole life and the set of guides/deities i work with but it’s also been difficult figuring out what to do with it all.

Since digging into Sumerian/Akkadian mythology more and trying to pursue this lineage from both an occult and ancestral connection standpoint, I’ve found myself greatly drawn to Tiamat as well. It started actually when I began to research Leviathan, feeling deeply pulled to their depth. My heart ached for the destruction has fb their partner, the same way my heart ached when I read about Azazel being stoned. When I learned about Tiamat I felt I had connected to the Source Mother, who was misunderstood and who loved deeply. We never seem to remember that we are but fractions of our tempestuous creators.

My spiritual family for most of my life: Hecate, Lilith, Michael, Aphrodite, Athena, with Oshun, Odin, and Mercury showing up at different times

My whole life is and ideally will continue to be working with different entities, and hopefully jotting down as much as I can About them in their own words/images/energies.