The power of resilliance and words to increase abundance

Years ago when I was working as a bouncer in Springfield a guy came in and gave us a few sample cases of his new product, an adult freeze pop called Zeus Juice. It never took off, and for the life of me I don’t know why.They were great, and a fun idea.

Years later I read this book, and lo and behold the author was the very same guy who was trying to market his Zeus Juice idea years before. As of now, I believe he is the owner of Blue Vase Marketing, amongst other ventures, and is doing quite well for himself.

I cite his example because his case demonstrates the absolute need for resiliency in financial matters, both magickally and mundane. Casting a money spell is all well and good, and perhaps draws some to you, but they do fail sometimes. You cannot give up if you want to achieve your goal, in magick or non-magick endeavors. You know what people who really want something, but give up on the first try when there is nothing stopping them trying again except for their own excuses are called? Fucking losers.

His book was not a bad read. Not an instant classic by any means, but it shows the power that words have very well, and in a simple context with practical examples. By using words to trigger the other person’s thought patterns and play on their emotional context, the author repeatedly demonstrates how more can often be pulled from almost any situation, to your benefit.

This is just one of countless applications that simple use of language has to bring prosperity and abundence into one’s life. Not all money magick takes place in the ritual chamber, and language is a very potent medium of magick. So is the ability to stand back up when you get knocked onto the ground. 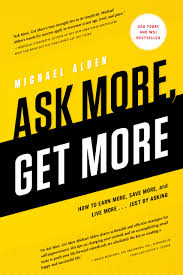