For all of the magicians, mystics, sorcerers, and sages out there. Have any you ever thought about the origins of your magick? I’m not talking faith, tradition or culture but the source from which everything is born, the core of all qi. This “source” energy, what many may call “God” or “consciousness” is the ultimate enigma within the Occult world. Where does it come from exactly and what is “it”? Some may say it is unknowable and it cannot be comprehended by mortal minds. I partially agree but not completely. I know parts of it, pieces, I have some of the puzzle but not all of it (yet) I will reveal what I know to be true so far.

This symbol is known as The Lamat Star, it became popular through the Mayans but it didn’t start there. The Maya were the first people to somewhat “decode” it, no society or civilization before or since has done as much unraveling of the mystery as the Maya did. This Star corresponds to new beginnings, Venus, ripe, maize, rabbit, the colour yellow and seed. All of these things sound random and unconnected when spoken of which is why they must be deciphered. This hieroglyph does not depict the universe as other symbols do, it depicts the creator, this “force” has left a signature within all things, so subtle and commonplace that it is overlooked by nearly everyone, the Devine number four, I call it “The Law of Four”

Within nature, man has Four blood types, Four chambers within the human heart, Four limbs, even Four personality types. Within nature, most mammals have Four legs and most insects have Four wings, Four is the number of nucleobase types in DNA and RNA, there are Four basic states of matter, solid, liquid, gas, and plasma. There are Four directions of North, South, East, and West. Even the shape of a square is used to represent all that is solid and all that is logical. The Law of Four is present within religion also, the Four Noble Truths of Buddism, the Four Gospels of Christianity, the Four Horseman of the Apocalypse, the Four Chinese Animals of Feng Shui within Taoism. Within politics, you have The Four Freedoms, Freedom of Speech, Freedom of Religion, Freedom from Want, Freedom from Fear. I think by now you are starting to see the underlining theme here.

Why have all cultures, religions, sciences, politics, adopted the number Four? Coincidence? Think again. This is the natural order of the Lamat energy, it needs no preacher, no leader, no figurehead to make it work. It is built and hard-wired into all people from birth. I have only mentioned a fraction of its influence. Lamat is not a God-like figure nor is he a Way like the Dao. He is a code, a riddle, a puzzle and we are the pieces. I see Lamat as a force that is older than any God or Demon, even older than the universe itself. It is equally Christian as it is Daoist, it is equally Islamic as it is Hindu, it gave birth to these beliefs, it is the Seed of all life. This is why the word Seed is constantly used with the word Lamat. I hope this has enlightened you, I’m still trying to figure out the ultimate answer, this “force” enjoys being solved, it seems to like being figured out by people. Lamat keeps giving me synchronicities on a daily basis, he wants to be decoded. I hope now you will see him just as I do. 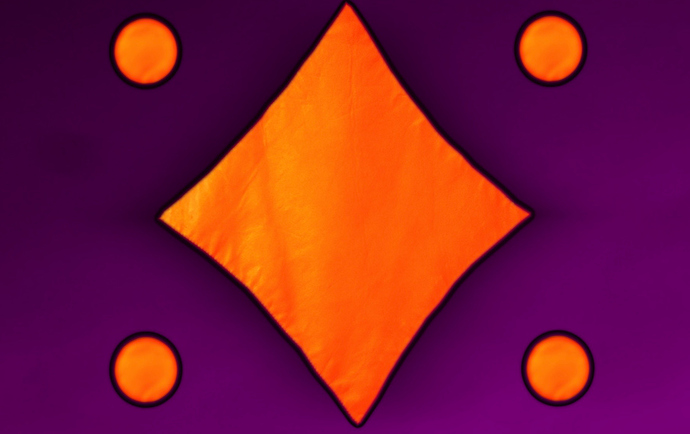 For all of the magicians, mystics, sorcerers, and sages out there. Have any you ever thought about the origins of your magick?

For me it is the power of the spirit world of demons, what about you?

Certainly one of my best videos yet. All about Lamat and the Mayans.

Very interesting. It’s the galactic signature of my birthday