The Fap Challenge (Release Your Urges)

If the energy is used and redirected toward a working, I think it is not wasted.

As far energy loss is concerned, from what I understand it depends more on the fluid secreted. Depending on if it’s creamy / running, odorous or not, the energy loss may be as same as the one men suffer from.
But still the repercussions of the addiction and too low level of dopamine remains. (If we’re talking about a female addicted to porn/masturbation)

According to Taoist thought, orgasm for women is a good thing because their energy is receptive and thus an orgasm is energizing. There are no repercussions for women so the more the merrier. It is great for a woman’s health. For men, ejaculation is seen as a bad thing because male energy is projecting, and thus orgasm is draining, and too much can be detrimental to health. That is the explanation for why men get sleepy after sex and women don’t. It is why Taoist sages spend all their time and effort on semen retention, and forcing the energy of orgasm inward to circulate through the body, essentially doing what women do naturally.

However, there is a sect of Taoism that does not practice semen retention but uses it to obtain enlightenment and immortality. It is called the White Tigress sect and is female led. The male is known as the Jade Dragon, and he has a sort of sex magical relationship with the Tigress where he masturbates while watching the Tigress please other men (called green dragons) with her mouth, and he uses the energy and fluids generated in his own quest for immortality.

According to Taoist thought, orgasm for women is a good thing because their energy is receptive and thus an orgasm is energizing. There are no repercussions for women so the more the merrier. It is great for a woman’s health.

That’s strange because that is these same Taoist saying women can indeed lose energy during orgasm depending on the characteristic of the fluid they secrete when it happens.
If I find the references I’ll post it.

But personally I think nothing comes 100% white (nor 100% black). There are drawbacks, always.

And I’m not really sure women naturally jerk off inward as them too, need to practice to circulate the energy inward and hopefully have an energy orgasm or raise the kundalini.

Yeah, it is rife with contradictions. In one of Mantak Chia’s books, he advocates not ejaculating, and then a few pages later, he says it’s okay but only twice a week if under 40 and once every 2 weeks if over 40.

Funny some forum Docs say if over 40 pleasure away to keep that prostrate pumping.

Ah well, done with it mostly for now. I threw away about 500$ sex toys, gear, clothes, lubes, etc in the trash a months ago.

But the sex spirits and urge will always call. Not enjoying pleasure is a sacrifice that really hurts at times. You hope it’ll go away but like an addict any hint can send you back to thoughts of that pleadure hell. So Dante first circle is real in a sense. And you can slip up. Damn those were good toys too.

Lol, the original post rings true even on second and third reads. 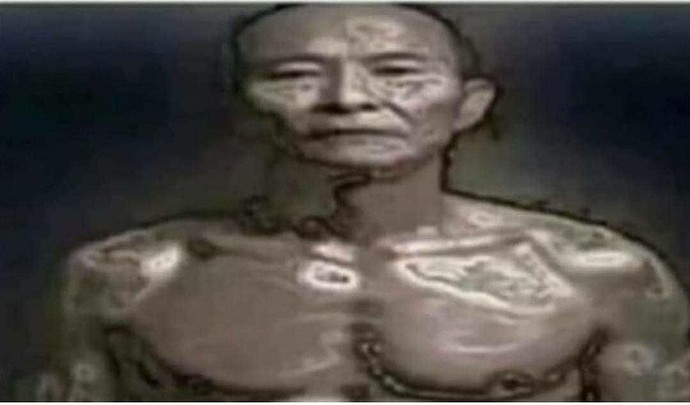 My goddess egregores have given me the fap challenge to keep chakra 2 & 4 healthy.

I think whether fap or nofap works for you depends on how your energy works. Then again, I can also say nofap may be a deception by pseudoscience since advocates never take account for personal physiology when it comes too fap frequency, and just take it as an opportunity to sell you lifestyle changes that don’t respect your goals.

One thing we know is that nofap didn’t work for Aleister Crowley because he wrote the White Stains book.

I doubt any of the contributors to the Asmodeus Compendium do nofap either, I’m not sure because I didn’t get it yet.

3 posts were merged into an existing topic: IZM (stop jacking off loser) - Secrets to female attraction

Let’s assume Bible Black is in my magical framework, is that statement still true?

I have no clue what Bible Black is,

It’s culture. Just don’t look it up where anyone can see your screen or browser history and you should be fine.

Reading this thread and I passed over succupedias lust sigil after briefly looking at it.

Shit must’ve done something, cuz I started getting a feeling in the pit of my stomach. Energetic, kinda like a mild hunger but vaguely lusty.

And my abdominal region feeling funny.

Then I started to get lightheaded…

Just being on this thread seems to get it going again!

Are you messing with me ?

An orgasm a day keeps the doctor away.

Adult entertainment is not new at all neither. See the history of it:

Does Use Of Pornography Harm One's Magick? General Discussion

A mage once reported Asmodeus as telling him adult entertainment is just fine as long as it doesn’t interfere w/ one’s life, etc. Many mages (incl. mages here, on BALG) have actually left the Catholic Church (or some other Church—any religion) because of precisely the restrictions and penalties imposed on sexuality, adult entertainment esp. They now want the freedom to indulge in it as they please, and as you’ve mentioned, it is sometimes a rebellious act for them. Adult entertainment is not su…

Have you all heard of OnlyFans and JustFor.Fans? Those platforms are all the rage right now, and ever since the lockdowns, tons more people have joined as performers including famed rapper Tyga. After Tyga’s Genitals Netted Him 7.9 Million, He’s Doubling Down On OnlyFans

Tyga's really going hard on the Only Fans front these days.

Modern pornography as we know it was often seen as something dirty, and it probably always will, but the fact is it’s becoming increasingly popular, and it still generates billions per year. In spite of all the free stuff and all the piracy, there are still a great deal of people (hetero, homo, bi and +) willing to spend money on nude and adult models on OnlyFans, JustFor.Fans and all those webcam sites. That speaks volume.

I take it that adult entertainment, for many, is part of human nature. It may be a vice, the vice of Sodom & Gomorrah, you may see it as such, but a whole lot are into it. I know mages into it and definitely not into no-fap. Not ever having semen emissions could lead to health problems for sure, namely prostate issues.

I really don’t see anything wrong w/ one to four semen emissions per month. I can see where doing it more often could perhaps lead to depletion of energy as noted by Titan M. To each their own, I guess.

That said, yeah. If one only ever has images on a screen or a page of paper as a partner, one is definitely missing something in life, and it may lead to regrets in the future. One’s whole youth should not only be spent on unattainable partners, I agree. Developing a real relationship w/ a real person may be a lot more fulfilling, but then again, many are better off alone for now, and some couples do enjoy adult entertainment together.

Note: Notice how some pop/rap/urban songs are getting more and more pornographic. 34+35 by Ariana Grande, WAP by Cardi B feat. Megan Thee Stallion, So Much Better by Tinashe feat. G-Eazy and so on. Such songs are now playing on music TV channels in the daytime, totally uncensored. They’re not even age-restricted on YouTube. Decades ago, they would have been censored, banned or played in the evening only. Yes, that could be moral decline right there, esp. since kids listen to that stuff a lot, but the fact those songs are getting hundreds of millions of views and plays show you where the human mind often is.