“The Endless (Destiny, Death, Dream, Destruction, Desire, Despair, and Delirium) are a group of fictional beings appearing in American comic books published by DC Comics imprint Vertigo. The characters embody powerful forces or aspects of the universe in the comic book series The Sandman, by Neil Gaiman. They have existed since the dawn of time and are thought to be among the most powerful beings in the existence. They are distinct from and more powerful than most gods” — Wikipedia. 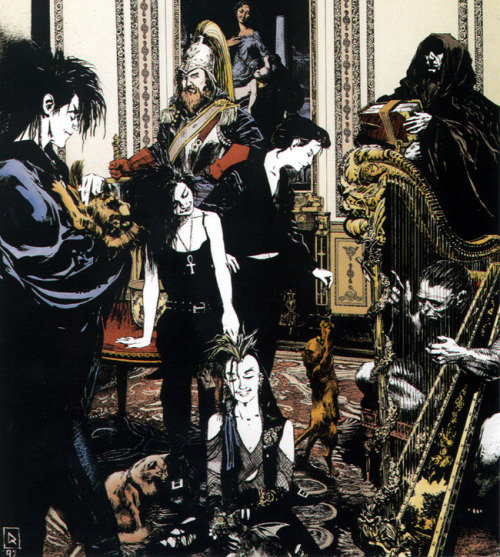 tumblr_mdy4qeVRFG1rxcrdlo1_500.jpg500×557 159 KB
I was thinking hmmm look at these very interesting characters, their powers and aspects, wouldn’t be great to summon some of them? I plan do this these days and i’m going to write about it. Thoughts?
1 Like
DavidSmith July 10, 2018, 4:19pm #2

Sure, why not. It’s a legitimate approach to magical practise.
If you find it to be interesting, there must be a reason.
Good luck on your trip