The 72 Jinn and Islamic Magik

Was wondering if any of you worked whit the 72 Jinn from the Book of Deadly Names and/or does any of you actually practice any Islamic Magik. For those of you who wonder how to summon the Jinn from that book, I will give you a tip…you need first magical square of Daa-irat Al Shams Al Koubra, is not that similar to E.A. circle but the idea is there. After that you can toy whit the Jinn. Daa-irat Al Shams Al Koubra means "The magical circle of the great knowledge. 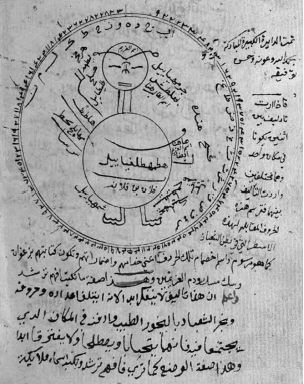 I haven’t directly worked with Islamic magick I would be interested in hearing more about it from you.

Sure, but is not that much of a difference between islamic tipe of magik and other sistems. The only problem when people hears about “islamic” magik, they mostly say “no” cuz of the fact that they get intimidated by the arabic writing style, which is kind of ironical since most of them are in persian. Hhahha

Im currently learning a lot of Sanskrit words. It doesn’t seem to be that hard once you get the flow of it

It’s not so much that there’s Islamic magick.

In Africa, the marabouts syncretize Islam with Vodou in Senegal, Mali, and Volta, and get powerful results. There is also a syncretized version of Islam with Ifa in Nigeria.

In Algeria and Morocco, Islam has long been syncretized with Berber magick and Kabbalah.

In Libya and Egypt, Islam syncretized with local traditions to make modern types of Egyptian magick different from the ones practiced in the old Dynasties.

In Sudan, Islam syncretizes with Coptic Christianity in some strange ways to make local magick.

In Arabia, Islam syncretizes with the ancient lunar cults in secret.

In Syria, Iraq, and the Levant, Islam syncretizes with the remnants of Babylonian magick for local magick of great power.

In the Balkans, Islam syncretizes with paganism and Orthodox Christianity in unusual ways to create Eastern European magick traditions not yet known in the West.

In Iran, Sunni Islam syncretizes with ancient Persian magick from traditions such as Zoroastrianism and other local traditions.

In Afghanistan and the former Soviet Republics, Islam syncretizes with clan traditions for very personal types of folk magick.

In Pakistan, Islam syncretizes with Dharmic religions such as Hindu and Bhuddist traditions to give magick that can be very dark.

In Indonesia and Malaysia, Islam syncretizes with island traditions and Chinese culture to give extremely powerful magick you only find in that part of the world.

It’s not like there’s one type of Islamic magick. There are many, and what locals add to it usually comes down to inherited culture they take for granted through ethnicity.

I’m pretty sure I read that Jinn are hard to work with. You really have to respect whatever god or religion they originate from and they’re more likely to trick you