Hi, im wondering if there’s a way to learn how cast spells with the tarot card, also what kind of spells i can cast with the tarot, and how effective those spell can be.
Thanks

i highly recommend you pick up a copy of Donald Tyson’s book Portable Magick. It covers this very thing.

Thanks for the Recommendation

There are some especially for love involving the arcane Lovers, Star and the 3rd probably was Judgement as for Marriage!? Love is nice but great sex is more important

wow, that is amazing, how u cast the spell with those cards?

Yes, tarot can be used as a means of manifestation. I find theyre easier to manifest particular associations with a particular card, or do a particular reading, pull a particular flow of cards and work on manifesting it like a spell.

Thanks for the information, so i can cast any spell with a specific Combination of cards based on the type of spell.

Thanks for the link.

I love to use tarot card in spells to represent the things that I wish to manifest and attract. There’s so much going on in those archetypal images too so you really can use them in many ways imo.

Thanks, I would love to see how you do it

Sure , I can break down how I use them if it helps though I don’t follow a specific magick method .
One example would be a friend of mine was really going through a trying time bless her . she didn’t have the will or energy to do anything magick wise for herself and she felt like nothing else was working so she asked if I would help her .
I had a long chat with her and I asked her to come up with a list of things she wanted to banish and a list of things she wished to attract or manifest into her life .
I split the spell into 2 separate rituals and timed them around the lunar phases.

Using a sentence to describe the aim of the spell and her name I made a sigil to represent the goal and link to her .
For the manifestation ritual I decided to use the tarot cards imagery to represent the energies that I wanted to harness and manifest into reality for my friend.
So for her I used the lovers to bring her and her husband close together again , the ace of pentacles for new opportunity’s relating to wealth and abundance as well as the 10 of pentacles and the wheel of fortune .
The strength card ( she was struggling with various addictions ) The star , for luck and renewal and to make her feel alive again as ell as the sun and so on .
I used tall coloured candles with a colour corresponding to each card as well as Crystal for each . I placed the sigil in the centre the tarot cards in a circle ( like a clock ) around the sigil along with candles and crystals .
I took turns focusing on each card , what it represented and visualised my friend and how happy and at peace she was now that she had manifested her goal . I spoke out loud the end result as if it had already happened for each card and then moved around and visualised the next one and so on . I visualised myself drawing the positive qualities and energies out of the scenes in the card and crystals and the candles one by one and poured the energy into my friend ( the sigil)
When I finished the ritual I burned the sigil and continued to allow the candles
To burn each day for 3 days until they had burnt down then discarded of ashes in the wind and buried the wax remnants .
I cleansed my
Cards and crystals .
I also sent a photo of the sigil to my friend so if she was struggling so she could meditate on it or use it herself .

So that’s one way that I work the cards into a spell .
I don’t think there’s any wrong or right way to use them because how you interpret them is up to you , I personally like the way you can make a spell your own by choosing cards that relate to you the most .

That’s really awesome, thanks for illustrated it, now I can guide for any type of ritual, thanks

If your talking about spells in the sense of western ceremonial magick they are mostly used as components or a layer in rituals in systems like the golden dawn.

You can find those here 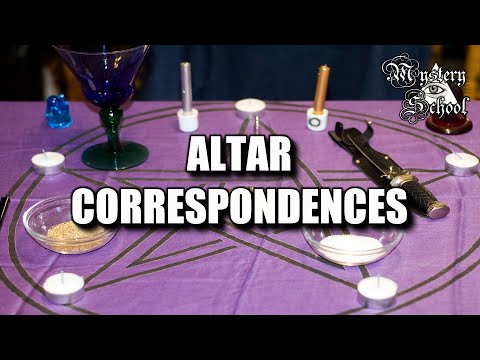 Thanks for the video, that’s something really helpful, thank you

it was great that you did this for your friend.