So I thought I’d give a general update on what’s kind of going on with somethings. First off, as some of you know I’ve had a spider related being try to contact me but I have no idea who it is. It doesn’t show up personally as far as I know just through synchronicity and signs. I’ve been in the dumps the last couple of days (emotionally speaking) and I randomly got this in my YouTube feed, which would be the third ish time belial has been mentioned or referred to today


If you go on her page, her banner is a spider web. She also has a playlist titled “spider”. I was in the shower and I had my mind as a clean slate. Something kind of passed an idea along, which was something like this: “you may not know the specific identity of the spider spirit, but, you could call upon the spider as a concept and force and see if that particular aspect appears, if it doesn’t, you still are technically working with it as it’d be apart of the arachnid energetic algorithm”

So tonight I’m going to call upon the spider energy and see what I can’t find. Earlier, I had something similar come up with azazel, he wanted rootbeer from my job:

That Moment When General Discussion

That moment when you hear the voice of a YouTuber you watch a lot that’s connected to azazel day in your head: “get rootbeer. Azazel likes rootbeer.” @arianna

The trains moving and it doesn’t appear to stop 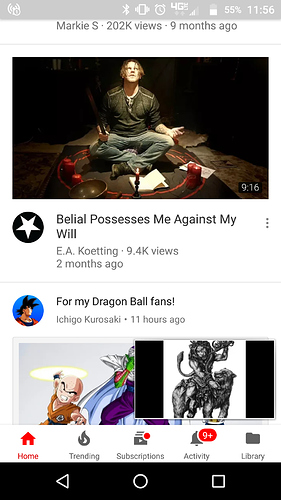