Sigil of AA Raphiel? OR can different sigils be for the same entity?

I am seeing some different sigils for Raphael. I am wondering why. These sigils are like seals, they are signatures, so there should be no intent added to them that might account for variation.
For instance a sigil to Raphael for intelligence might look different than one for health, or at least I think they would

Would different magickal paths account for this variation in sigil? How do I make sure I have a real Raphael sigil or are these anomalies standard stuff in magick.

maybe they mixed up sigil and seal?

I don’t know, is this something I need to get straightened out or is it not a big deal.

It is not wildly different but Echols version and others I have seen are different. Could it be because at this level Raphael is Elemental and his Celestial Sigil is different?

Why would they not be able to have more than one?

There are many ways to create a spirit seal and they all work.

For example, you have the “signature” from traditional ceremonial magick, derived from ancient religious texts. Here is Michael’s:

Then you have seals from the grimoires. Here is Raphael’s from the Grimoire of Armadel: 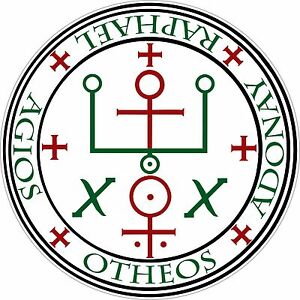 Then you have seals that are created by tracing the name of the spirit upon a generator like the Rose Cross. Here is Raphael’s: 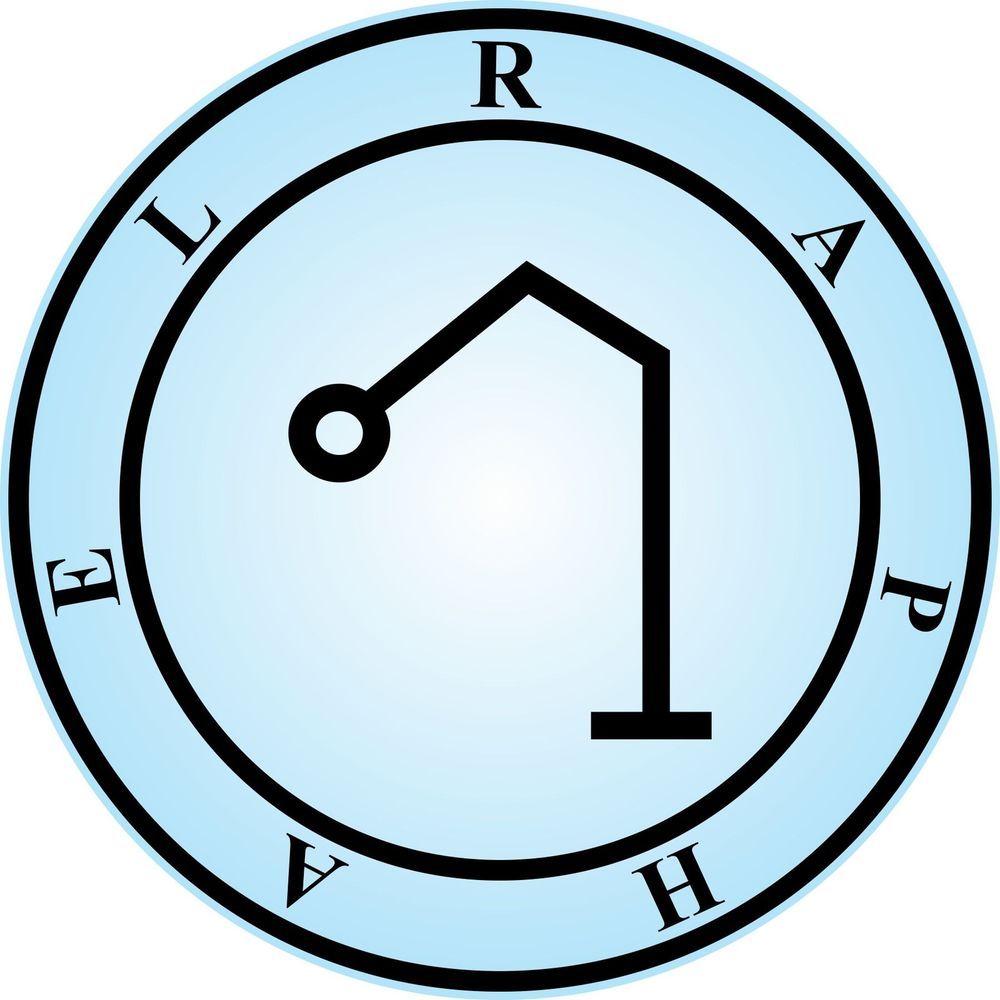 Then you have channelled seals for different aspects, like those of the Watchtowers: 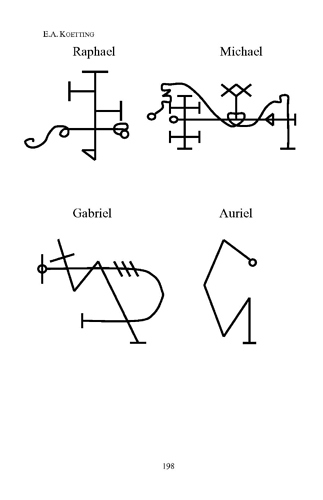 For the most widely known spirits worked with in magick, there are many seals to choose from. For example, some of the demons from the Goetia also have completely different seals in the Dukante Hierarchy.

Here is Belial’s well known seal from the Lesser Key: 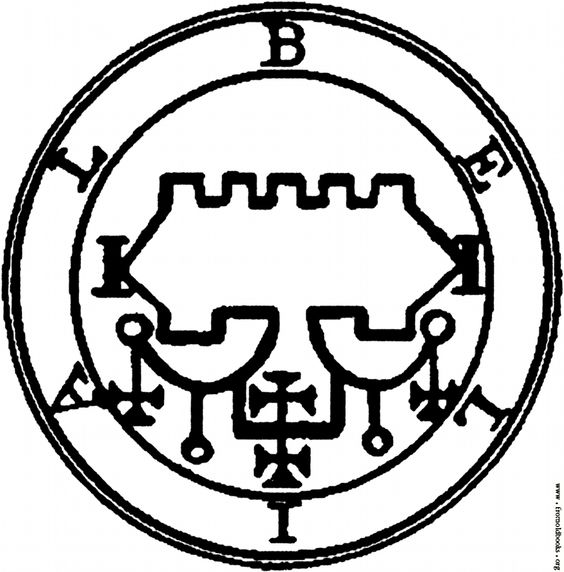 And here is his seal from the Dukante Hierarchy:

As you can see, there’s quite a difference between them.

When a spirit I want to evoke has more than one known seal, I generally choose a seal that I feel most strongly drawn to, whether that is energetically, or simply aesthetically. If I connect with the seal, then I know I will be able to use it to connect with the spirit.

That was an amazing response. Thank you.
I won’t worry about it at all.

I will go ahead and assume, unless you tell me different, if it is a channeled seal and it is published, than it is OK for anybody to use. But if you just find a seal, like in a personal Book of Shadows, you should not just use the seal without getting permission (if the owner of the book is alive) and probably from the entity itself.

So it is like having a personal phone number for family and friends and then having a business line that anyone can call.

if it is a channeled seal and it is published, than it is OK for anybody to use.