sounds nuts but what do you ppl think??? 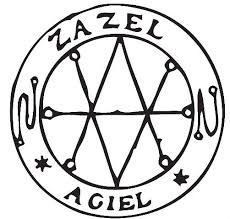 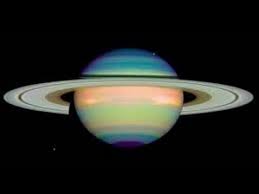 I think Satan Lucifer is actually an aspect form of Saturn

Well… Maybe? I mostly attribute Lucifer to Mercury for a good number of reasons. Lucifer, from my experience can’t really be put into a box. Also, I’m still going to say that Satan is not the same as Lucifer, but that’s my own personal gnosis and the conclusion I’ve drawn for myself.

As for their planet, it’s hard for me to say anything for Lucifer. Some moments he has Mercury aspects the other times it is Jupiterian and other times Saturnian. He fits into several categories.

They, together are like a mathematical equation, that create the Mercurial sphere and that larger sphere is an aspect of ourselves and the world(s) around us. Make sense? Apply the same to each planet.

Basically the point you made in the quote I took from your post above, is that they belong to the same planetary current.

sounds nuts but what do you ppl think???

Likely with this portion, you’re likely feeling led to work with said influences.

Well, since you asked. Why not? I mean I honor Hekate in a way that’s borderline worship. I’m not her slave/bitch, but I’m her Student/Son. It’s not a “bad” thing. Do what feels right for you. If I recall correctly the Romans referred to Cronos as Saturn anyways. I think, don’t hold me to that.

Truth be told they can take on as many forms as they’d like. I would not say that.

Once again, I really just think you’re being called to work with him but that’s my opinion, which you did ask for, both directly and indirectly.

It’s also time for you to breathe and ground yourself. Don’t lose sight of your well being.

Well Saturn is a darker force so I can get where you’re pull that from.

You need to learn how to do both.

I dont feel Saturns energy as ‘‘evil’’ but then again my concept of evil is not like everybody elses. Theres a certain stillness around Saturn, and he is a very harsh teacher, which resembles Azazels ways thats true. Saturn is associated with death but only that which has run its course, basically that which has to die. I associate Lucifer with Jupiter more than Saturn, but that depends on what aspect you chose to work with. I would not worry too much about you worshiping a planet, it`s just something you are called to but do take care of yourself because it does get too intense at times particularly with Saturn.