SATAN: The Adversary - Order Now And Get 62% Off 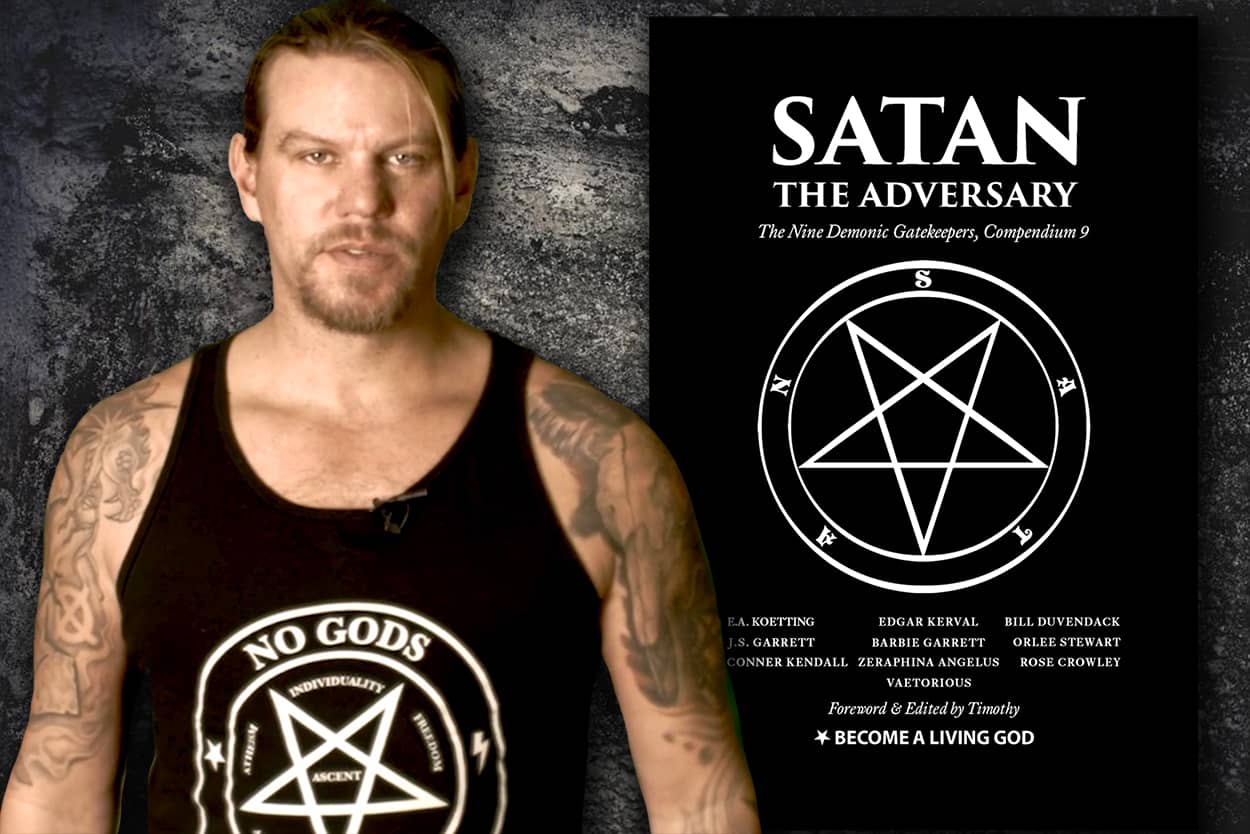 Satan never really impressed me as a young boy due to my childhood religion.

“Oh, you mean the Devil who lost his revolutionary war against the Slave-God of Christianity? Why would I summon a subterranean Fallen Angel?”

Perhaps the Adversary in ancient and medieval time was more frightening, terrible, and dangerous than the Fallen Angel that I learned about growing up. For example, earlier generations of orthodox Christian sects recognized Satan as a figure of evil so wickedly powerful that the devout were afraid to even think his name. That would have been a Satan I could get behind. That wasn’t the Satan who I was introduced to in the Church of Jesus Christ of Latter Day Saints, a.k.a. Mormonism.

When I first discovered magick as a pre-teen Mormon, it confused me why any sorcerer would ally with Satan for freedom and power. In fact, I scathed him in my journal back then, “Fallen imp from the throne of a worthless god. Why would anyone waste their time?”

However, my psychology underwent a hardcore transformation as my teenage years passed. I ascended further into demonic black magick, bounced between Satanic orders, and became obsessed with the science of demonic pacts. I “sold my soul” to legions of demons and devils — sacrificing my old false self to the Dark Gods for the rebirth of my new true self. Having finally gained access to the Evil Chief himself, I dropped the pretense of being a Warrior of Light, I left the conspiracy theories to the hopeless, and I leaned into the power that Satan promised, power that was already within me but had been forgotten through generations of slavery.

My new title, The Grimoire of Satan, not only features the breakthrough magick experiences of my three-month pathworking with Satan from 2020, but it features the precious discoveries from nearly 25 years of Satanic Ascent from teenager to adult.

20,000-Word Grimoire And Case Study On How Compulsory Childhood Mormonism Ultimately Triggered My Lifelong Satanic Gnosis As An Adult

The Grimoire of Satan by E.A. Koetting

In my opinion, if Satan, according to the mythology, had any blame that he deserved, it was not pride, but it was his appeal to authority. — p.73

In my The Grimoire of Satan , you are going to learn:

The Divine is not worthy of your worship, and isn’t even a personality to admire, and the Devil isn’t looking for followers, so go find your own path. — p.44

In embracing witchcraft, and especially the Left Hand Path, I was declaring that I no longer sought the protection of God’s sick servant, and recognized that in truth they were ever only protecting me from themselves. I was ready to learn every curse to call Hell upon any of them whomever tried to hurt me again! — p.45

The prime ingredient in sorcery is desire. The ritual implements are like electrical leads attached to the intended outcome. The circle and altar are like batteries that receive and store the electricity to be sent to the implements. The sorcerer is both the Operator of the entire Reality-Engine, as well as the powerhouse that transmits the electricity to the altar and circle batteries. Desire is amplified in the ritual, the symbols, links, gestures, words, and images composing the various steps of the ritual bring the mind and the heart to the thing that is desired. — p.59

In my opinion, if Satan, according to the mythology, had any blame that he deserved, it was not pride, but it was his appeal to authority. To go and present his plan to God, i.e., “Hey, what do you think of my plan? Give me permission.” But then his atonement was in his rebellion. Once he saw that he was not going to receive daddy’s permission, he wasn’t going to ask twice. He went about enacting his plan anyways. — p.73

Unlock The REAL “Satanic Agenda” Over 126,000 Words, 381 Pages, And 11 Grimoires By The World’s Top Satanists, Demonologists, And Diabolists

The Doctrine of Satan: “Believe in yourself, and become who you are."

Satanic Apotheosis means to awaken and unite your godhood and beasthood together, because ascent and descent are one and the same on The Adversarial Path. This circular, non-Aristotelian logic confuses shallow Western intellectuals, as it sounds like a contradiction. The genius in the “unity of opposites” reveals itself in Satanic Gnosis in due time.

To help your tuition remain as affordable as possible for as many people as possible, I have arranged SATAN: The Adversary into multiple tiers that allow you to save between 20% to 62% off. Please know that your parcel ships globally between January 15-21 due to the holidays and COVID-19. To see the tiers, their rates, and to take advantage of this big discount, click the button below right now:

The Truth About The “Satanic Apocalypse”

Humanity is being pushed forward in leaps and bounds towards the next phase of our incarnation as a species. All of the limitations that we currently behold are but specters, phantoms of our fears, and all of these are being broken. Segments of the human population are waking up.

As a child I had assumed that the apocalypse would be a great war or some sort of mass destructive event, and that in having to survive and push forward to any sort of habitable future the remainder of the population would by necessity need to evolve the way that we think, the way that we act, and the things that we create.

We are witnessing a pandemic, a global pestilence sweeping the land. We are witnessing the revelations of the sins of the elite, and all that once was secret is now being shouted from the rooftops and delivered to our personal devices.

Rather than a mass destructive event, what is now upon us in this great leap forward is a personal event, a personal awakening. One at a time, the godly incarnate are waking up to our own power to our own purpose, and to the sea of changes crashing against the walls of comfort and familiarity.

Now is not the time to turn away from the Darkness. Now is the time to go all in on who you know you are!

This is just the beginning…