So I’m saving things to my Amazon cart as I’m going to build an alter for him because I’m moving out soon in a month or so.

I’ll need the table. I have that
I will need a black cloth. I have that. It’s the alter cloth so I saved a nice black table cloth that should be nice.

Now I was wondering if you have any ideas on what statue to buy because I now need a statue of him for the center piece of the Alter. I thought a raven or a black dragon. But what do you guys think?

I have a dagger but I’ll have to cleanse it. As anything on this Alter I will not use for anything else and nothing else like books or whatever will be on the Alter that doesn’t go there.

Next I need a chalice and apparently it can’t be gold because “it is too closely representing to the Catholic mass”. So I found a nice glass one that is solid black that would look nice on the black cloth.

Now I saved dragons blood incense🙂I’ll need to save a few holders as well to my cart. I’m adding things to my cart as I type this lol.

I also just saved a bell. Looks nice yet simple. Silver with a black handle.

I also saved some black candle holders which look nice.

I saved a really nice black wooden bowl with a stand that’ll be used for food and drink offerings🙂. Maybe fruits or something.

I also saved a nice black small iron bowl for burning offerings such as written promises and such.

I have lancets already but I may buy more.

I’m also thinking of getting a pendulum to devote for communication with Satan. Perhaps a black or red one that’ll keep hanging around the statue’s neck or something.

I also saved a tapestry of a pentagram as the focal point behind it. Gosh this is getting expensive. I’d prefer to buy everything before I move in so I have everything I need.

I also for my own comfort saved a nice red furry rug to put in front of it as I’ll be sitting or on my knees. And red looks nice with this. Satan likes my taste in decorating it seems. Lol🙂

Other then the one thing above I’d like suggestions with we have a total of $342.02 OW. but I suppose it’s worth it at the end. That’s just two or 3 paychecks from now. Maybe two since I can always push back my shading tattoo appointment as this seems more important to me

But in the future as I set this up I hope to post pictures and such. But pretty much the statue is all I’d hope to get some help/suggestions for as I obviously don’t see a statue that closely resembles the Satan I see in astral projection

that would be very cool though.

Well on my opinion a red dragon is powerfull for him,a satyre alike stature an angel with black wings. A traditional devil.Look, listen to your allready established instinct for satanic Aesthetics and go buy it and concecrate it as the vessel for satan, the ones wich resembel the vision in the astral you have from him the most doesnt matter if the budget is there or not. If you are a theistic satanist per heart and soul Satan will respect your move unto him and will get closer to you the same way.If you are true to that, respektfull, and loving theres not many thinks you can do wrong with the purchases you do in his name.

HAIL SATANAS! OH MIGHTY KING OF DESTRUCTION ,CHAOS, AND ILLUMINATION IN REBELLION AS OF PERSONALL ASCEND

ALL HAIL UNTO HIS BROTHERS AND SISTERS IN DARK ARMS COMMUNION WITH HIM AND HIS POWERS HE OFFERS!

I seemed to be drawn to this so I added this to my cart considering is association with ravens. 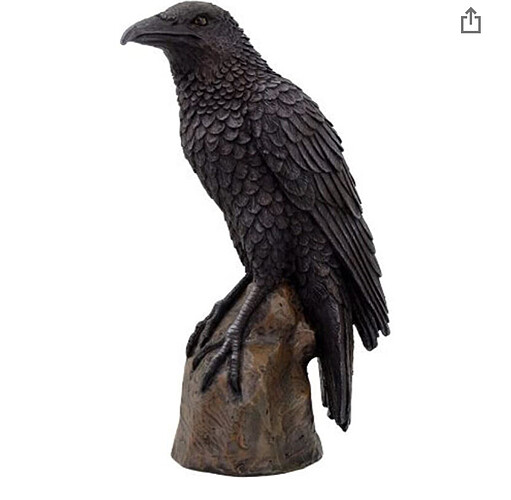 Idk I get that feeling when you look into the eyes that something is staring back at you lol. Thanks for your help!

Perfect!I am allways glad when i can help people to grow on they’re path

.Just do it Man

That is interesting. Maybe it’s satan giving me this idea because idk if I’d ever think of this on my own😂

Perhaps when the Alter is done I make sort of a spray if you will made of dragons blood oil. Cedar oil. And my blood mixed in some water and have him bless it and I guess that would be like some dark version of holy water ig? Seems interesting but I like it!

Reason I bought the red rug: well blue red and black so red would look nice. It’s fuzzy too so I can sit on my knees all day almost. Plus I had an idea where I’d keep it as holy of a space as I could (don’t touch the red carpet unless you’re doing business at the Alter and don’t sit down unless you showered and you’re clean) I’m sure satan would like that I’d start doing things that way.

Ps. Also look at this pendulum I picked for him I like how it says it’s not plastic and it has some nice weight to it. Satan doesn’t deserve a plastic pendulum. None of my deities do. 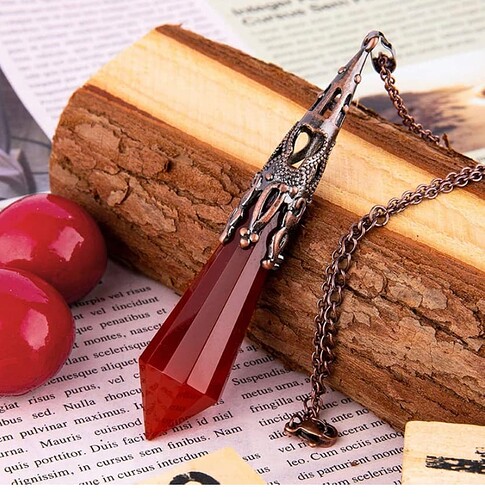