Posting because I love this type of stuff, there’s also quite a few narco saints out there. 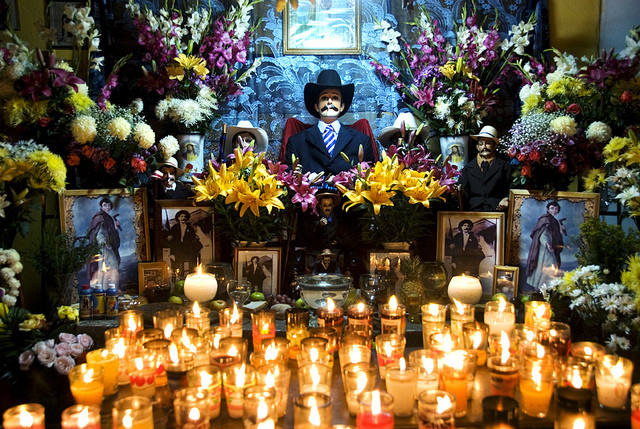 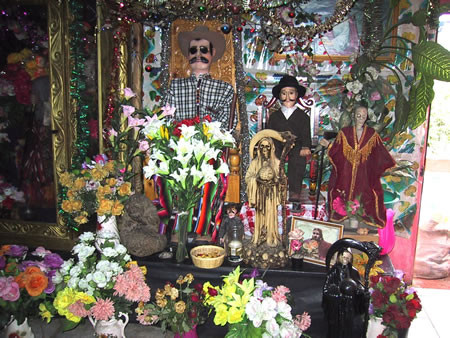 "I was visiting the Temple of San Simón in San Andres Itzapa, a small town in the Guatemalan Highlands. This is a pilgrimage site for many Mayans, who come from across Central America to pray at the altar of San Simón, a morally ambiguous deity also known as Maximón

Some worshippers, I noticed, were swigging beer, purchased at the on-site liquor store, or ‘cantina’, which does a roaring trade in rum and tobacco. Alcohol, I learned, has long been used in Mayan ceremonies because it is thought to help worshippers ‘reach a trance-like state’ (also known as being drunk); cigars and cigarettes, meanwhile, said Ayala, represent “tunnels between the past and future.” There was something prophetic about the way they burned, she added.

The pantheon of the ancient Mayans contained a vast collection of deities for every aspect of human life: there were gods for birth and death, war and peace, sickness and health.

That much we know. Our wider understanding of the Mayan pantheon, however, is limited, because when Spanish conquistadors arrived in modern-day Guatemala they destroyed written references to indigenous deities. There was only one religion, they reasoned, and that was Catholicism.

“Catholicism was imposed on the Mayan people, but they never let go of their religion,” Ayala explained. “They fused both religions together.” Hence, she added, why the temple also has a statue of the Virgin Mary.

Few Mayan gods survived the conquest, and some scholars believe San Simón has taken on the characteristics of numerous lost deities. Consequently, there are myriad interpretations of his character, although most worshippers seem to believe that he’s a god who grants wishes

To get an idea of the kind of favours people ask San Simón for, I read some of the ‘thank you’ messages that festoon the temple walls. Some were written on dog-eared sheets of paper, others etched into bronze or marble plaques.

“Gratitud al hermanito San Simón por haberme salvado de haber ido mucho tiempo ala carcel ,” reads one, which translates: “Gratitude to the brother San Simón for saving me from having gone to jail for a long time." - http://www.bbc.com/travel/story/20180809-the-guatemalan-god-that-gets-people-out-of-jail