I was just wondering if it was ok to rework a ritual that you had performed if it didn’t feel right when you first performed it? Is it best to do this right away? Any advice would be truly appreciated

Tbh I think I rushed certain aspects of the ritual. My higher self said it was rushed but it worked when I meditated this morning, but when I asked Lucifer for his honest opinion on the ritual and if I should work it again, this was his reply:

“It was rushed and there was a bit of anxiety and in my honest opinion you should do the ritual again.”

I asked him “what time I should rework the ritual?” Lucifer replied “At dusk.”
I asked “Between 8pm and 9pm”
Lucifer said “Yes.”

So I had two conflicting responses and even tho my higher self is part of me, my patron says another thing. What would you do?

I have strengthen my bond with Lucifer in a blood offering last week and he is my Patron. He is very honest and yes my higher self would be impacted but Lucifer will know more than my higher self

Lucifer will know more than my higher self

If you choose to put that much faith, is okay, I actually find it epic because of my 40k player background, but I wouldn’t. However, probably your ritual will go well no matter to whom you listen, repetition of workings by itself makes the workings stronger

I said that cos Lucifer and all the beings of the Infernal Empire have existed for tens of thousands of years long before man and religion. Even tho my higher self knows more than I do…I don’t think he knows more than these beings. They have been stigmatised by man and religion for a many a millienia. These beings have nothing to gain by lying. Only parasites and lower vibrational entities lie, the big boys don’t.

That would be a religious discussion that will never end because I don’t see demons that way, although I used to. If you don’t have doubts about them, do what they say, it will probably work. Another option is to do what you want, which would be sending everybody to eat fried monkeys

What do you mean use to?

I don’t want to derail your thread, you can pm me about that topic

I will but after I have reworked this ritual. I am picking up something from you which I can’t quite put my finger on yet

I think it would be fine, if you feel you need to do it again follow your instincts.

I am following both my instincts and clarification off my patron, Lucifer. 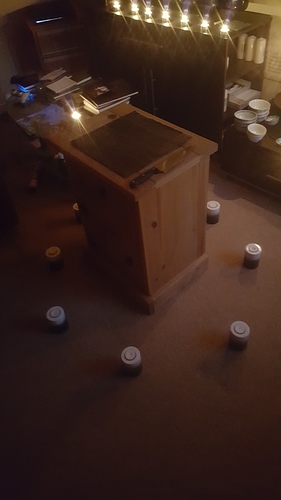